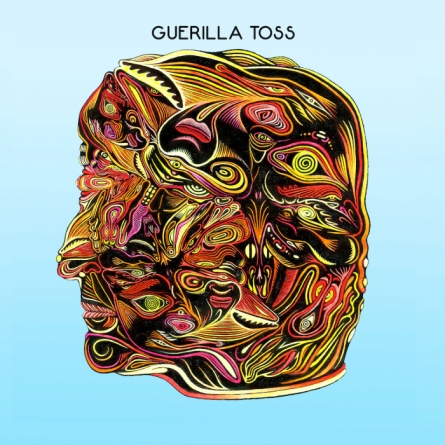 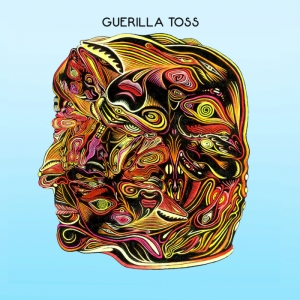 Unlike the initial proponents of the No Wave movement, today’s neo-No Wave groups have nearly forty years of popular music from which to pull, bending and reshaping it into twisted, art-damaged approximations of its original form. At its base, No Wave has always been equally enamored of rhythm and noise. It combines the two to create a bastardized version of funk beats (if not forms) that, damaged as it may be, is often absurdly danceable. Were it not for the crusted clamor surrounding it, this wouldn’t sound out of place at any number of establishments catering to those who enjoy surrendering their bodies to the pulsing flow.

But as the rather vague genre tag indicates, No Wave does not seek to be a part of any particular trend or genre meant for greater commercial success. Rather its adherents simply wish to create as much racket as possible, exerting exorbitant amounts of frenetic energy in the process. Somewhat ironically, the original No Wave movement has gone on to spawn at least two subsequent incarnations, each labeled the same and finding inspiration in the previous iteration, increasingly making the No Wave tag a misnomer.

Rooted in the increasingly disenfranchised downtown New York art scene of the late 1970s, the original No Wave groups were a disparate lot, whose only common bond was that they were noisier and artier than the punks, didn’t care to be labeled and, more than not, had all appeared on the Eno-curated No New York album. While some favored arrhythmic noise, the majority soon gravitated towards a sound that, while still decidedly noisy, was often insanely funky and much more involved than some of their troglodytic peers bashing away in the waning moments of punk’s initial flush.

It is within this more dance- and rhythm-centric segment of the No Wave movement, in groups like James Chance and the Contortions and some of John Zorn’s early work, that Boston’s Guerilla Toss finds its inspiration. Tearing through four deceptively complex, unrelentingly noisy, but ultimately funky tracks on its latest cassette release, Smack the Brick, Guerilla Toss prove themselves rightful heirs to the No Wave crown, revitalizing a movement whose last practitioners rose to prominence largely in New York at the turn of the century.

Shrieking and shouting her way through each track, vocalist Kassie Carlson equally channels Chance at his most manic and his former Teenage Jesus and the Jerks bandmate Lydia Lunch at her most broodingly seductive. Opening the release with the title track, she employs a Buddy Holly-esque vocal tick to create peaks and valleys, her voice bursting through the chaos in a strangled squeak before falling back into the swirling sonic sea, threatened to be lost amidst her bandmates’ wild thrashing.

Elephantine guitars slashed to hell, furious drumming and some of the funkiest bass lines burbling up from the underground make up the remainder of Guerilla Toss’ all-too-brief Smack the Brick, coming across as a literal interpretation of the titular action. On “Be The Breeder,” they twist and jerk their way across a frenetic beat that finds the title statement intoned over and over before breaking down to the song’s basic rhythmic components. Wrapped in a number of frantic, synthetic stabs coming at the listener from all directions, the song eventually builds into a rolling, tumbling mass that threatens to collapse in on itself only to reform and reshape into a wholly different collection of rhythm and sound.

Employing a number of stylistic shifts within the span of a few bars, Smack the Brick’s spastic grooves can often result in musical whiplash. But the seemingly complex arrangements show off a group fully in control of their chaotic muse. Rather than merely flailing around for the sake of making noise, Guerilla Toss craft tightly wound rhythmic arrangements that demonstrate a level of compositional sophistication not generally associated with the genre. Upon close examination, the four songs here prove to be far headier than their first impression, showing off the musical dexterity of an immensely talented group of musicians capable of innumerable surprises.

At less than twenty minutes in length, Smack the Brick is a wild, breakneck ride through the underground courtesy of the increasingly reliable purveyors of the current crop of noisemakers headed by Guerilla Toss at NNA Tapes. Along with the equally exceptional Horse Lords and Battle Trance albums released this year, NNA Tapes have set themselves up to be the standard bearers of the latest round of No Wave revivalists hell bent on subverting the genre’s expectations and churning out unexpected, highly enjoyable experimental works by some of the best groups currently populating the underground.