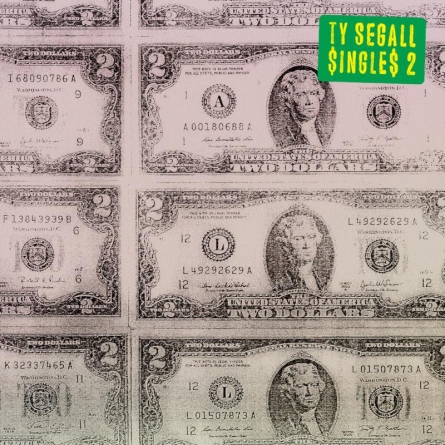 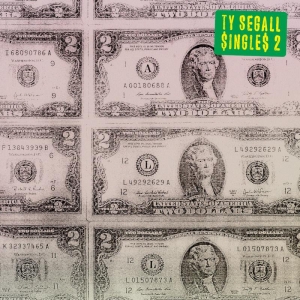 Working at a frenetic pace that would drain a lesser musician, Ty Segall churns out material at an obscenely prolific rate. Not counting the myriad side projects and guest appearances with friends and like-minded purveyors of some of the grimiest guitar fuzz this side of the Pebbles compilations, Segall has released nearly a dozen albums in the last several years, more albums than many artists will field in their entire career.

With such an overabundance of material flowing from his fingertips, Segall could easily be forgiven for taking a breather or resting on his laurels, putting out a collection of tossed off, half-baked ideas. $ingle$ 2 is anything but. It proves showing that even his lesser attempts are better than many of his fellow garage rock revivalists.

Rounding up assorted singles, B-sides and covers, $ingle$ 2 caps off a year in which Segall released his critically acclaimed Manipulator and made guest appearances on albums by King Tuff, White Fence and Meatbodies in appropriately shambolic style. From the initial piercing squeal of “Spiders” through the mercifully brief, riff-tastic” Pettin The Dog,” Segall shows off a deceptively diverse musical palette that, while primarily rooted in the garage, shows off hints of folk (“For Those Who Weep”), acid rock and the glam (“Falling Hair”) that would come to full fruition on Manipulator.

Of the originals collected here, “Mother Lemonade” best showcases Segall’s ability to craft massive hooks from the simplest of ingredients and make them into something that transcends the sum of its parts. Using a basic garage rock setup, Segall creates both a memorable melody and dueling guitar figures in a sea of fuzz. Already firmly residing in the red, the song’s intensity level is raised even more with an absolutely brutal guitar onslaught that tears through the bubble gum chorus with devious aplomb.

A handful of covers proves Segall equal to his influences. With his up tempo, acid-fried take on the Velvet Underground’s “Femme Fatale,” from Castle Face’s 2012 reimagining of the group’s classic debut, he shows a knack for intriguing interpretations. Stripping the song to its basest elements, upping the tempo and tearing through the melody with a knowing sneer, Segall fully recasts the iconic song in his own image. He likewise takes British blues rockers The Groundhogs’ “Cherry Red” and strips it of blues trappings, reshaping it into a furious, blown-out garage rock stomper that’s half the length of the original but makes twice the impact.

Brief, messy and a helluva lot of fun, $ingle$ 2 may not win Segall any new fans, but it cements his well-earned reputation. Not just as one of the most prolific musicians currently firing on all cylinders but as one of the best songwriters to bust through the garage door and make his way into the wider world. This is rock ‘n’ roll in its rawest, most primal form, delivered with pure joy and reckless abandon.