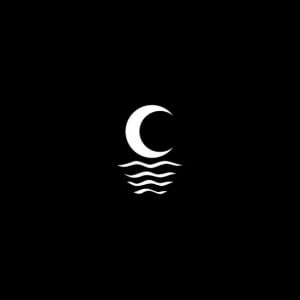 [xrr rating=1.5/5]Conventional sartorial wisdom holds that the all-black outfit is perennially cool, and this has generally held true in rock music even more so than other pop-cultural arenas. In no context has black held so much currency as in goth circles, of course. The Spoon-affiliated Austin-based quartet I Love You But I’ve Chosen Darkness appeared full-formed in 2006 with a LP that bore an instantly iconic visual brand (heart + inverted cross + black!) that was somehow both minimal and melodramatic at once, much like its obvious reference point in the outdated gothic predilection for monochrome. ILYBICD were four years late to the let’s-give-Interpol-shit party, but with their tongues seemed so firmly planted in their stylishly pale cheeks – I mean, that band name – that they got a lukewarm welcome anyway.

Only, it turned out that their tongues weren’t in their cheeks. At all. ILYBICD were serious when they called their debut LP Fear Is on Our Side, and that wasn’t half as serious as the record itself, an hour of dark, icy, rhythmically forceful, mournfully melodic post-punk with a sentimental widescreen sensibility. It may have been oppressively bleak, but it also kicked ass; ILYBICD weren’t mocking Interpol, they were mimicking them, and as with Turn on the Bright Lights, it turned out that ILYBICD were even easier to enjoy than they were to jeer at. Maybe they were revising Interpol’s career trajectory then, since instead of cycling through diminishing returns, the band just vanished after a 2006 of small-font festival bookings and heavy press hype. Until now, that is: eight years after Fear Is on Our Side, ILYBICD are back. The melodramatic-yet-minimal logo adorning the cover of sophomore full-length Dust is new, but the band’s musical antics certainly aren’t.

Dust adjusts the band’s sonic identity in exactly zero ways. The opener “Faust” (natch) pleads about “breaking free” and is generally a mesmerizing piece of music, a rhythmically belligerent yet shimmeringly beautiful force of nature that’s early-‘80s goth via Slowdive via Interpol via the doomier end of the ‘90s post-rock boom. In other words, it is the archetypal ILYBICD track, which you can also hear 12 times on their debut. Not that “Faust” is worse than anything on Fear, per se – it is, again, a fine song – but it’s only four minutes long and after two tracks I’d already wondered if the eight-year interval meant it was too late to teach this dog any new tricks. Monochromatic is a good adjective for ILYBICD: Dust is truly colorless. It is also humorless, joyless and airless. Immaculately produced to a fault, it sounds great, but it is almost instantaneously suffocating and largely devoid of any distinguishing features. Most of its songs are practically identical: every nail-biting post-rock climax, every haunted/haunting lyrical incantation. Copy, cut, paste, repeat. This is clockwork rock, museum rock.

The upshot is that the when the band actually takes a risk, the fresh energy is palpable: the gorgeous, bell-accented “Safely” is far and away the best thing here and maybe anywhere in the band’s catalogue, a dreamy slow-burner that sounds like a Mogwai lullaby minus the vocoder. That’s sort of it, though; when things finally take a turn for the interesting on Side B, with the droning, eerily empty “You Are Dead To Me” and the swooning atmosphere of “69th Street Bridge,” Dust starts to develop a pulse – ironically, these are the record’s slowest tracks – but two-thirds of the way in is a little late to make a difference, since the preceding tracks, for all their tension and drama, seem designed to fade into the background. Heard in isolation, any one of these songs might be arresting. At album length, however, they’re immediately exhausting, and the lack of imagination the band brings to its material suggests that the feeling may be mutual.

[xrr rating=4.5/5]There is a difference between music that is difficult to make and music …