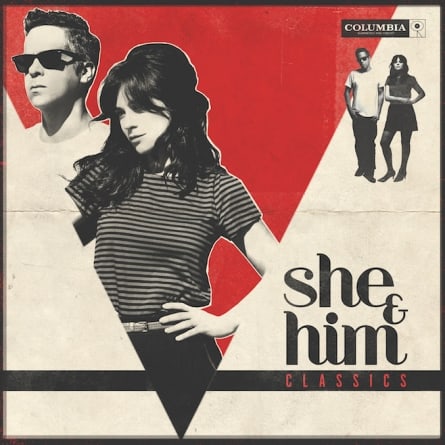 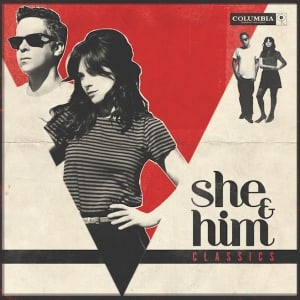 The Great American Songbook is so well worn that it would take a truly stellar, outside-the-box performance to transcend the myriad interpretations currently available. With Classics, She & Him join the ever-increasing field of performers that tap into this wellspring. Sympathetic arrangements put them on a musical par with many who have come before them. Unfortunately, they lack the vocal prowess to offer anything more than a middling attempt at material that’s been done better elsewhere.

The duo takes on material that doesn’t suit Deschanel’s limited vocal skills, which lack the interpretive insight and chops to transcend these classics. Her lackluster performances are innocuous and inconsequential, falling well short of the standard set by precursors like Ella Fitzgerald (“Stars Fell On Alabama,” “Would You Like To Take A Walk”), Dusty Springfield (“Oh No, Not My Baby,” “Stay Awhile”) and even Chet Baker (“Time After Time,” “It’s Always You”).

Baker was not himself a technically impressive singer, but his tone and phrasing still made the material he performed his own. Deschanel approaches the material as an actor might approach a character, but she comes off as a child playing dress up. She has fun pretending, but she never truly understands the meaning behind the clothes she is wearing.

There are exceptions. A version of “Unchained Melody” inverts the song’s typical bombast, going for a more subtle interpretation of its emotional heft. The arrangement of “Teach Me Tonight” largely adheres to the DeCastro Sisters’ version, and Deschanel harmonizes with herself in a casual swing that gives the song an easygoing feel. On this track, Deschanel shows a comfort with the material that doesn’t come across on other tracks. The country-tinged “I’ll Never Be Free,” popularized by Jean Shepard, is well suited to her husky voice.

M. Ward’s vocal contributions are minimal, but on the Charles Aznavour classic “She,” he proves himself a deft interpreter, in sharp contrast to Deschanel. Against a backdrop of gentle acoustic, simmering organ and trumpet, he takes the original melody and creates vocal flourishes that give his performance a vitality lacking in his partner. He’s not a powerhouse vocalist, but much like Chet Baker before him, he plays to his strong suits with a breathy performance that captures the song’s sentiments without over emoting or twee understatement.

Classics is not an outright failure. These are playful impressions of classics performed by eager talents who gamely put their best face forward. But She & Him lack the skill and personality to successfully pull off anything more than a pleasant and ultimately forgettable homage.