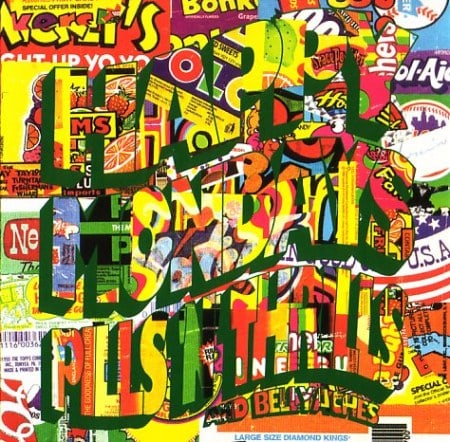 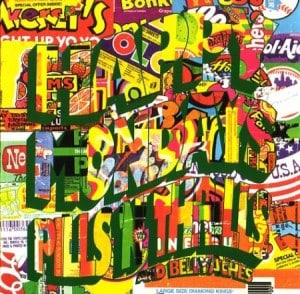 We live in a serious world. In the era of the blogosphere, conversation about music focuses as much on the politics of performers and gender-driven feuds and socio-economic micro-trends of subgenres as it does the actual sounds being produced. It does the brain good to remember that sometimes music is just fun and weird and meant to be danced to. If that’s what you want, Happy Mondays’ album Pills ‘n’ Thrills and Bellyaches is what you need.

In 1990, Happy Mondays were at the top of the world. The gloom of ‘80s Britain had given way to the cautious optimism of the ‘90s, while the increasingly house-influenced music of post-punk and a further influx of high grade MDMA into Manchester had resulted in the hybrid genre known as Madchester. Odd as it is to think now, there was a time when guitar music and dance music were not completely separate. Particularly in the UK, the ‘80s were dominated by electronic acts like New Order and Human League, but guitar rock swung back into critical favor with the Smiths, soon followed by the Stone Roses, Oasis, Blur and Pulp. For a few years in between, Madchester ruled. With a smeary, Ecstasy-soaked blend of psychedelic rock, funk and heavy beats, Madchester briefly rose to phenomenal success and then imploded, leaving Britpop to fill the cultural vacuum.

Pills ‘n’ Thrills and Bellyaches is one of the genre’s greatest musical achievements, an album that sounds incredibly tight and off its head at the same time. Much of that can be attributed to the production work of Paul Oakenfold and Steve Osborne. While their previous two albums were produced by John Cale (a formal experimentalist) and Martin Hannett (an obsessive weirdo), Oakenfold cut his teeth as a popular acid house DJ. His touch made Pills ‘n’ Thrills and Bellyaches significantly more groove-heavy than previous Happy Mondays releases, from the sleazy flow of “Loose Fit” to their infectious cover of “Step On.” From the opening acoustic guitar strum of “Kinky Afro” and new recruit Rowetta’s backing vocals complementing singer Shaun Ryder’s lift of “Lady Marmalade,” the album locks in. The hypnotic flow of Paul Ryder’s bass and the drums of Gary Whelan keep the momentum high and easy, but as always, it’s Ryder who turns it into something special.

While the singer has become something of a legendary hot mess (even by rock star standards), Shaun Ryder is at his lyrical and vocal peak in the studio. Although only a critic more generous than me would call Ryder a competent singer, the album’s opening line perfectly encapsulates his weird version of kitchen sink drama: “Son, I’m thirty/ I only went with your mother ‘cause she’s dirty/ And I haven’t got a decent bone in me/ What you get is just what you see yeah.” The creepy incisiveness of “It’s only grandbag that died/ He really couldn’t see what you’re doing/ And all his friends were white” from “Grandbag’s Funeral” and the surrealism of “I can virtually do anything I read/ Someone somewhere swam between your knees/ Hand me out fish, did some big tease” from “God’s Cop” are part and parcel of this vision. Though drugs might have been involved.

You can say that about Pills ‘n’ Thrills and Bellyaches as a whole. It is an album absolutely of its time and place, but there’s no denying the razor shriek of the guitar opening of “God’s Cop” or the cheerful backing vocals of “Holiday.” It’s music that’s fun even when it’s dark. And it’s never too serious about itself.