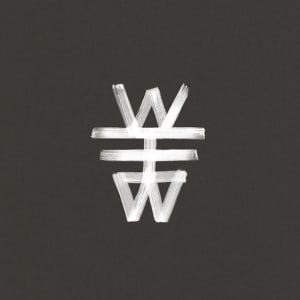 [xrr rating=4.25/5]Some musicians handle performance art better than others. But when U.K. post-punk revivalists Savages and Japanese experimental rock band Bo Ningen announced they would collaborate on Words to the Blind, few doubted it would turn out well. Artistic fearlessness seems built into the post-punk framework, and if conceptual art needs one thing it’s that boldness and tenacity.

It was a simple idea: Savages and Bo Ningen performed music on separate ends of a stage with the audience between them. For the project to work, the music would have to take advantage of both the artists involved and the concept itself, and, even more importantly, it actually had to be good.

Words to the Blind opens with a rambling conversation between a French speaker and a Japanese speaker, poems read by members of the respective bands with each speech relegated to its own side of the mix. The bands begin by pulling the shared sonic space apart into two entities, then gradually unifying it in distorted chaos. Behind a shimmering, endless echo of guitars, a buzzing, sporadic pluck of the bass and subtle background wailing, a drum groove eventually comes into focus, slowly pulling other elements into its rhythm until the rabid instrumentation has fully intensified, locked into a single structure that in the beginning had seemed out of reach. Words to the Blind is like a creation myth, its order evolving from an overpowering sense of disorder, all before it takes on a mind of its own.

When the instruments die down, leaving only the dual drummers locked together in an unbreakable groove, there is an uncomfortable quiet before the guitars once again explode to life in unison, breaking in and out of a cycle of silence and sheer aggression. After a while, each band, still occupying one side of the mix, cut in and out alternately in a feverish battle. When this too breaks up, the audience applauds, and a wave of feedback pulls the artists into the next section.

Words to the Blind is an endlessly exciting achievement that pulls value from the tension between two artistic units simultaneously coalescing with and waging war against each other. The first half’s awesome brutality and the second half’s mesmerizing beauty (attributable to Bo Ningen and Savages respectively) play against each other just as the two bands do within these sections. The collaboration focuses on the duality of life and of art, drawing meaning from the juxtaposition of noise and silence, high speed and sludgy tempos, atonal hostility and melodic beauty. Each band rips in turn, with the added electrifying quality that comes from improvisational art that could fall apart at any moment.

The collaboration elevates the artists, making a whole that is greater than the sum of its parts. Words to the Blind has a multidimensionality lacking in the artist’s individual works. This unique experiment pushes the artists to a level they probably could not have achieved separately, by means of a conversation between separate artistic minds and styles. The concept means nothing if the music isn’t good, but Words to the Blind succeeds on every level, and will surely be a highlight in each artist’s output over time.