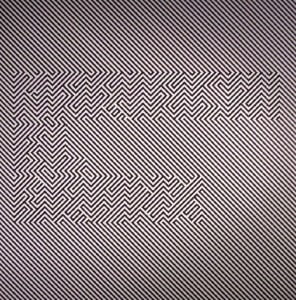 [xrr rating=4.0/5]“Tonight we celebrate the madness!” are the first words sung on III, and that line is Mariachi El Bronx’s mission statement. For those unaware, Mariachi El Bronx is the alter-ego of hardcore punk band the Bronx, who are not from the Bronx, but rather California. The name is no joke; the occasionally reformed rockers have made three albums dedicated to the Mexican folk music.

The best thing about Mariachi El Bronx’s output is that it never feels like a joke. Mariachi El Bronx don’t play this music with a smirk, they absolutely believe everything they put to tape. The vital melodrama on III would be tainted if there was a hint of camp, but they give just as much energy here as they did on their albums as the Bronx. That’s obvious from the get-go, thanks to rollicking opener “New Beat,” that finds its foundation in a delicious groove and singer Matt Caughthran crowing “Let’s see how much damage I can do!” as he relishes in a night of sin. Caughthran burns bright as the central star of the album, much of his work outside of Mariachi El Bronx has been dominated by vocal cord destroying performances, but he’s got just the right chops for the vibrant work of III. He still holds on to a slight yelp, but it helps him on some of the more grand choruses on songs like “Wildfire.” He can also pull off a few suave moves. “Nothing’s Changed,” at first, seems like a cursory glance at a romance that’s become mundane, but with a subtle wink Caughthran flips the script “Isn’t it strange how things stay the same?/ I can’t get my mind off of you.” The whole album is filled with lovely moments like that, the vivid flourishes of strings and brass burst forth gorgeously, and III, on its most graceful tracks, moves along at an ever swooning pace.

Mariachi El Bronx hold an obvious appreciation for the source material, but they’re not afraid to experiment with the formula. “Sticks and Stones” uses a ghostly choir and shimmering electronics to disorienting effect. In a similar fashion, “Eternal” opens with a hazy guitar and vocal work before the song slowly comes awake. At first it lumbers before, but Jorma Vik’s toms soon make the song settle into a swaying rhythm. Vik might be the unsung hero of Mariachi El Bronx. For all of Caughthran’s flashes and the striking composition that flows through the album, Vik makes sure that every song has just enough strut to push it along. The cowbell on “New Beat” is a perfect touch, and below the guitar and mandolin duet of “Raise the Dead” Vik gives an understated, yet thrashing, performance.

What’s truly special about III is the cinematic way the album is presented. Each song seems to frame a scene, many of them are shots of parties at full tilt, but the breath taking closer “Valya” has an entire film’s worth of emotional punch in its much too short four minutes. That’s Mariachi El Bronx for you, perfectly happy to make one of the zaniest and funniest albums of the year, with love sick beauty peeking out between the cracks.