October 01, 2020
Home Music The Smashing Pumpkins: Monuments to an Elegy 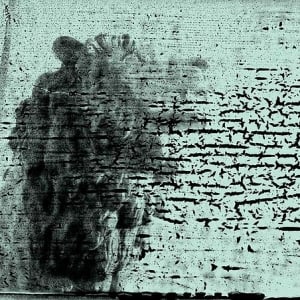 [xrr rating=3.0/5]In the run-up to the new Smashing Pumpkins album, Billy Corgan has been squashing old beefs and carving out new ones. The bald-pated alt-rocker may have recently made nice with Courtney Love and Marilyn Manson (even performing with the latter), but he’s also dumped all over Eddie Vedder and Dave Grohl by calling them “derivative” and lacking in evolution. When teased by Anderson Cooper (of all people) for his very un-rock ‘n’ roll animal rescue magazine cover photo with his cats, Corgan took that developing feud to his tour merch table. And to top it all off, Corgan’s trademark hubris was on full display when he recently declared himself and Kurt Cobain to be the top two “scribes” of the early ‘90s, asserting that no one else was even close.

With the Pumpkins core lineup hollowed out for years now, many fans see Corgan’s resurrection of that moniker as a ploy to sell what amount to solo records with diminishing returns. In fact, James Iha-replacement rhythm guitarist Jeffrey Schroeder is the only other official member of the band, with both drummer Mike Byrne and bassist Nicole Fiorentino bowing out earlier this year. Oddly enough, Monuments features Tommy Lee on drums, but thankfully any influence from the Mötley Crüe co-founder is kept in check.

Despite being part of a planned trilogy of records, it’s clear these days that Corgan’s muse has a much shorter attention span. Monuments runs only nine tracks and clocks in at barely over half an hour, making it essentially a quarter of the length of Mellon Collie. But to its credit, the record does offer up brief glimmers of what made the original Pumpkins so great, with Corgan also throwing in some attempts at keeping in step with contemporary trends.

Musically, there’s plenty to like here. Lyrically, not so much. Corgan props up far too many of these tracks with repetitive word choices, sometimes simply of the song titles (most egregiously on “Dorian” and “One and All”). He relies heavily on vague or overused words like “run,” “love” and “dreams.” He’s prone to clichés such as “The world’s on fire” and platitudes on the order of “Don’t you ever be afraid.” There’s not much depth to anything Corgan writes here, but the album is accessible in sound, if not nearly as ostentatious as one would expect for the middle installment of a half-decade long trilogy of music that’s supposedly based on the Tarot.

“Tiberius” may be the best example of the classic Smashing Pumpkins sound, contrasting briefly lullaby-like piano with surging walls of fuzzed guitar and Corgan’s characteristic sickly-sweet snarl. It’s a tremendous start, but not one that’s maintained for long. “One and All” also taps into the ‘90s alt-rock sound, as does the distortion-heavy “Monuments,” other than the odd 8-bit synth line. Meanwhile, “Being Beige” uses finger-plucked acoustic guitar and some soft piano to introduce a song dressed in heightened importance, much in line with classic sentimental tunes like “Today.”

“Run2me” is not quite as cringe-inducing as its title, but Corgan nearly goes full New Wave with this uncharacteristically synth-driven tune. And the simple, churning guitar riff to album closer “Anti-Hero” almost sounds like something you’d hear from the Cars. Clunker lines like “Never been kissed by a girl like you/ All I wanna do, I wanna do/ Love me baby, love me true, ooh” thrust that track into a neck-and-neck tie with “Anaise” for the designation as Monuments’ most mawkish.

With the final installment of this trilogy slated for next year, it remains to be seen if Corgan can make these records collectively meaningful. Neither Oceania nor Monuments do much to dispel the criticism that he’s merely using the Pumpkins name to cash checks. Regardless of whether he shoots for an old or new sound (both approaches yield mixed results here), one thing is for certain: Corgan can no longer self-proclaim to be one of modern music’s greatest “scribes.”