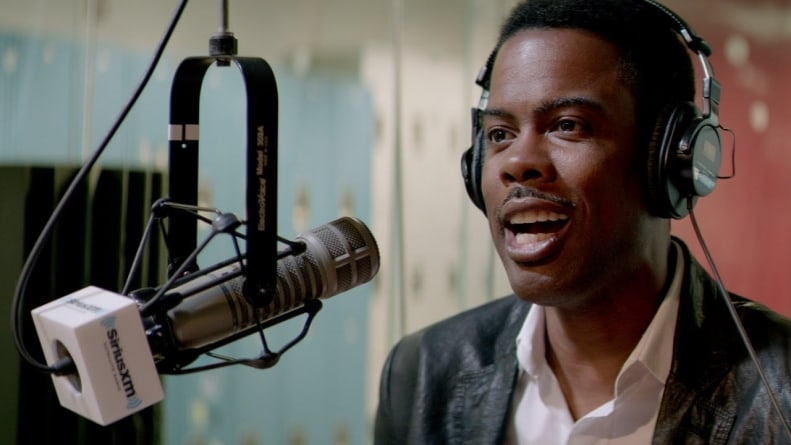 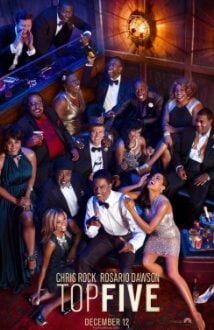 With so many terrible projects to his name, it can sometimes seem like Chris Rock has used up all of our goodwill toward him, but whether he has or not isn’t really the question. The dynamite comedian has generated some of the most memorable and trenchant stand-up in the past few decades, earning a place in the pantheon of comics with Richard Pryor and George Carlin. But for some reason, Rock has never been able to transition that magic onto the screen. He’s instead starred in crap like Grown Ups and I Think I Love My Wife. So instead of wondering when we should give up on Rock’s movie vocation, a more accurate question should be: did he even have one in first place?

Rock must share in the knowledge that his films haven’t been well conceived, or well received.. His directorial turns have been panned and howled at by critics. However, his most recent effort, Top Five, wisely uses that angst and finally gives Rock the filmic vehicle he has needed since he tried to transition to the screen.

The film, also written by Rock, is a mess, but a glorious one. A mash-up of rom-com, cultural commentary and gross-out comedy with a dash of Richard Linklater’s loquaciousness, Top Five accomplishes what Birdman set out to do without resorting to pretentious histrionics. It debunks the artist who is talented in one field, yet yearns for legitimacy in another.

No one will ever confuse Rock with a great dramatic actor, but he mainly plays it straight here as Andre, a comedian-turned-film star who wants to ditch comedy for headier fare. Having cut his teeth in action films where he dressed in a bear suit, Andre is heading for career disaster as he awaits the opening of his newest movie, Uprize!, an action movie about a Haitian slave rebellion. Everyone but Andre knows the film will be flop. He is also about to marry a reality star (Gabrielle Union) who plans to chronicle the nuptials on a special airing on Bravo.

Rock frames his movie during the hours leading up to the marriage. Andre is being interviewed by a New York Times reporter (Rosario Dawson), either despite or because of the fact that the paper has panned every one of his films. Top Five is at its best when Rock and Dawson wander the streets of New York, discussing fame, relationships and addiction. This also allows Top Five to organically digress into hilarious, raunchy flashbacks, as Andre recounts some of the more embarrassing moments of alcoholism that led him to sobriety.

Rock and Andre are reflections of one another. Andre no longer wants to be funny and craves respect as an artist. Rock still wants to make us laugh, yet there is a somber undercurrent here, one where we can almost feel the comedian begging to be taken seriously. This self-referential stab isn’t a new conceit. Woody Allen has done it time and time again, especially in his golden period in the late ‘70s and early ‘80s. Comedy often doubles as therapy, yet Rock is known for never being too revealing in his stand-up. Top Five is similarly humble at moments, even if it careens into more traditional tropes (a la Cinderella) in its final third.

With the help of some of comedy’s best, from J.B. Smoove to Tracy Morgan (a bittersweet look at him, as this was filmed prior to his accident) to Jerry Seinfeld, Rock has crafted one of the funniest films of the year (even though it includes a scene where an NYC policeman puts Andre in a chokehold; life has a way of imitating art). So here is where I will refrain from making a joke about how this film is in my top five of 2014. Go and see it and then decide if it makes your list.