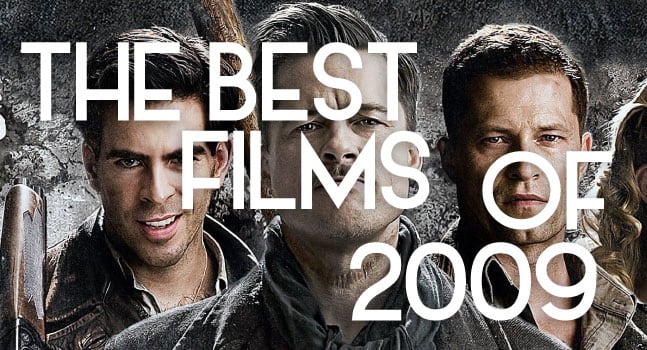 Five years is an eternity in the life of a film. When coming up with this feature, the question the Spectrum Culture staff pondered was this: “How well do these movies play NOW!” Not five years ago, but how have they aged in our memories. While some acclaimed films of ’09 remain strong on our list, some critically-lauded ones didn’t have the staying power. This list is designed to give new perspective on things five years old. Thank you so much for reading! 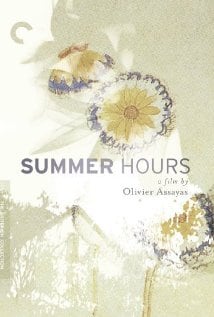 Films about the passage of time don’t necessarily age better than any others, but ones like Summer Hours, in which the inevitable decay of experiences and relationships is conveyed via complex, bittersweet storytelling, only become more poignant as they recede into the past. Telling the story of a traditional French family in the process of growing apart and shifting away from the various shared homes that united them, it focuses broader angst about globalization and cultural collapse into one melancholy domestic tale. These are the kinds of concerns that always seem present, and by couching its narrative immediacy and political subtext within a timeless story of familial disintegration, director Olivier Assayas manages to create a film which, in sharp contrast to its subject manner, is mostly invulnerable to the perils of aging.

Many of Assayas’s films take on similar topics, with a consistent focus on once-powerful ideals gradually lapsing toward irrelevance. Coming just before the terrorist-as-rock-star epic Carlos, which paired the slow death of the ‘60s revolutionary spirit with one man’s steady personal decline, and only a few projects after the twisting globetrotting machinations of Boarding Gate, Summer Hours sustains these concerns while enveloping them in a much more ordinary story. In some ways it functions as a companion piece to Arnaud Desplechin’s A Christmas Tale, another story about a scattered group of kin bonding over their myriad dysfunctions. Both films imagine family as something both permanent and forever in flux, its tendrils stretching out across movies that throb with life, light and pain. – Jesse Cataldo 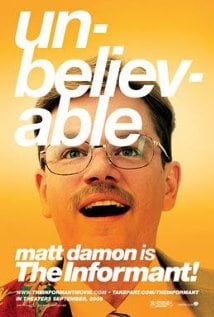 Why is this small and weird little movie so great? For one thing, Matt Damon has never been better, and certainly not in five years of movies he’s made since The Informant!. The actor has an earnestness about him that stems directly from his egregiously All-American looks, so that when he undercuts them he is able to convey a startling contrast between outward wholesomeness and inner human badness. Think of his underhanded characters in The Departed and The Talented Mr. Ripley. In The Informant!, Damon, with a doughy paunch and horrible moustache, done up perfectly as a grotesque incarnation of the feathery slickness that was 1990s corporate chic, doesn’t play a duplicitous cop or a world-traveling con man but rather a science nerd posing as a captain of industry who is, in the final analysis, neither of those things. He is really a mentally disturbed pathological liar. Damon gives his career-best performance as Mark Whitacre, the based-on-real-life executive of the Midwest food giant Archer Daniels Midland who blew the whistle to the FBI on his company’s corn price-fixing scheme while simultaneously participating in the scheme and embezzling over nine million dollars.

For another, the great stylist Steven Soderbergh compliments Damon’s performance by couching it in a cheerily-paced black comedy. Soderbergh, playing the same notes as Damon’s performance, takes what might have been an easy satirization of American corporate greed and turns it into something scarier, brighter, more normal-seeming. The labyrinthine plot, which could have been lost among the corporate jargon and legal machinations, eventually mirrors Whitacre’s increasing distance from an understanding of his own motives. In sync with Damon’s portrayal of a sick man hiding out in a corrupt culture, Soderbergh’s shiny Midwestern crime movie has the feel of an elevator ride set to Muzak and stuffed full of horrifyingly bland people too morbidly fascinating to look away from. – Alex Peterson 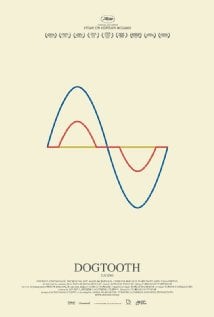 Five years removed, Yorgos Lanthimos’s Dogtooth still stands as the bellwether of the Greek Weird Wave, the stupidly-titled but vital collection of films that reflect contemporary Greece’s ongoing economic and sociocultural crisis. When the film scored a highly unexpected Oscar nomination for Best Foreign Film in 2010, former Greek prime minister George Papandreou claimed the significance extended beyond cinema, saying “[i]t concerns the whole country, its people, the new generation of artists…during difficult times.” The film centers on a family who might modestly be described as dysfunctional: The manipulative parents have taken pains to insure their three adult-age children never leave their home, by dictating all facets of their upbringing and shaping their very consciousnesses by feeding them deliberately inaccurate information. Their minds warped by confinement, the children are antisocial, cretinous adult infants whose somewhat endearing curiosity and innocence is marred by their barbaric circumstances, emotional outbursts and proclivity for violence. This premise suggests Dogtooth is a horror film, but Lanthimos’s dry wit and satirical subtext give the story a comically absurd tone. He also forgoes virtually all manner of backstory and exposition and keeps characterizations ambiguous, ensuring the film’s allegorical qualities. Indeed, while there aren’t any overt references to specific issues plaguing the country in the film, the family in Dogtooth is nevertheless a stand-in for Greek society itself, a subversive depiction that speaks to the population’s mental and emotional state as well as to the psychological burden passed down through generations. In its own magnificently oblique way, Dogtooth is a snapshot of an entire culture and government in disarray, a brazenly nihilistic parable that stands as the foremost document of 21st Greek society. – Drew Hunt 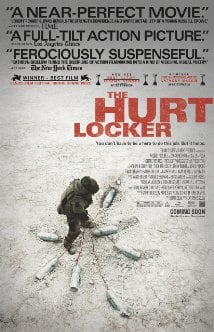 Now that the rise of ISIS has the United States again engaging with Iraq, the themes of 2009 Best Picture Oscar winner The Hurt Locker remain as poignant as ever. While everyone and their brother was dropping premium IMAX ticket dollars on Dances with Blue Aliens that season, director Kathryn Bigelow’s stark Iraq War bomb disposal picture was making the rounds in the art house circuit, barely recouping its relatively humble $15 million budget. But it was The Hurt Locker, not Avatar, that made the biggest artistic impact in ‘09, as it demonstrated how thin the line between heroism and recklessness can be.

Jeremy Renner’s Sergeant First Class William James is a Baghdad-based bomb disposal technician who routinely imperils himself and his crew in the process of saving them. Through him Bigelow shows that in war there is nothing sacred—not even the dead body of a child, which James at one points encounters stuffed with explosives. With the threat of violent death around nearly every corner, The Hurt Locker also excels at depicting how the military attracts thrill seekers and how combat can destroy a person’s sanity while (or maybe by) giving them a sense of purpose. Barry Ackroyd’s spectacular cinematography keeps the tension ramped up throughout; there is always the sense that quick reflexes and mere seconds can mean the difference between life and death in a region gone mad with violence. By crafting one of the best war films of the 21st century, Bigelow rightfully earned her spot in history as the first woman to win an Oscar for Best Director. Given five years of hindsight, and the continued unrest in Iraq, The Hurt Locker resonates even more strongly today. – Josh Goller

Michael Haneke’s critics speak largely of his sadism when taking him down a peg. His films’ constructed, sometimes ham-fisted violence, their detachment, their lack of pathos, their absence of psychological insight and subsequent reliance merely on the shock factor…all of these accusations can make Haneke’s films seem mostly to be about how talented Haneke is. Whether or not one buys that argument is beside the point when talking about The White Ribbon, the director’s haunting, beautiful and above-all humanistic portrait of a small-town in Germany just prior to World War I.

In retrospect, it’s perhaps Haneke’s most complete film, and the one that those who dislike his cold, clinical style should most appreciate. It accumulates insight where Amour takes it for granted; it’s less opaque than Code Unknown; less sensational than The Piano Teacher; less sadistic than Cache. Although one may be inclined to reduce The White Ribbon to a simple equation (hypocritical religion + authoritarianism = fascism) the means through which the film arrives at its conclusion – from its performances to its large narrative scope to its precise use of ellipses and acute understanding of voiceover – make Haneke’s allegedly simply style seem all the more appropriate. This is historical myth-making at its finest. – Forrest Cardamenis