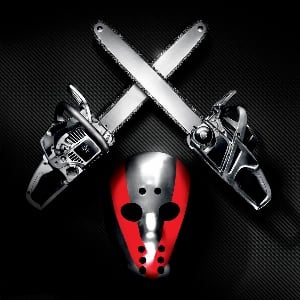 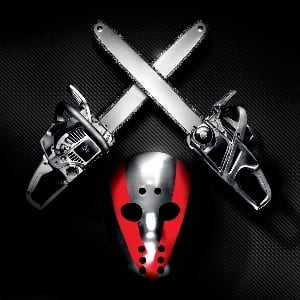 There’s a video on YouTube of Eminem and Proof in the Slim Shady LP era hanging out in a car and free-styling. They are in high spirits, interrupting each other, stealing each other’s punchlines and laughing. A commenter sums it up: “I never seen Eminem so happy.” Compare this with the sterile, a cappella performances of Slim and Royce da 5’9” on the recent Shady XV cut “Cxypher.” In nearly ten minutes of rapping, there’s scarcely a chuckle. Eminem spews viciously for his five––now subdued, now enraged––and Royce, with the solemnity of a juror, stands motionless in the background. Who died?

Last year’s The Marshall Mathers LP 2 was supposed to mark the return of Slim Shady, who was mostly absent from 2010’s Recovery. Shady XV aims at the same, although it looks increasingly like Slim might be gone for good. This is not just because Eminem yells a lot of his lines these days; if not at the top of his lyrical game, he is consistently at the top of his voice. There is also a quality of mean-spiritedness to the new Eminem which is somehow more appalling than anything on The Slim Shady LP. We may or may not share his feelings about Lana Del Rey, but slandering Rihanna four minutes into his latest album, with “Monster” barely off the charts? The loss of Slim Shady might be a question of age: what is cheeky in a young man sounds bitter from a forty-something. But something might be profoundly out of order: perhaps the ghosts of Relapse have not quite left the MC’s side. Several times in his “Cyxpher” freestyle, his right eye visibly twitches.

Shady XVis less of an album and more of a workout center for Eminem’s mic skills. An impressive word flow has been part of the Eminem sound at least since “Forgot About Dre,” but his new flow is so convoluted, you might confuse it with a tic. Indeed, a few weeks ago Pitchfork informally diagnosed him with Tourette’s. The recurring criticism is that he overstuffs his lines, which forces him not only to forego a natural sounding flow, but leads him into strange pronunciations and sentence structures, with Yoda-isms aplenty in MMLP2 and Shady XV. This excess may well be the self-indulgence of a rapper in his Baroque period, but it could also be a product of his humorlessness. Anger, even in the best, leads to confusion and redundancy. I thought we all learned that in Revenge of the Sith.

Perhaps to distance himself from the competition, Eminem has come to rely almost exclusively on complex, four and five syllable rhymes. The majority of the rhymes on “Shady XV,” for example, are based on the words “fire department.” As no one else can, Eminem finds a hundred combinations of words that sound approximately the same. These chunky rhymes occur at regular intervals, but they are mixed with shorter internal rhymes in the hope that you will have forgotten them before they reappear. When Eminem brings them back out, throwing his whole diaphragm into the final three syllables, it has the air of a decisive “Check!”

Much of his flow revs up to these too-big-to fail rhymes, but his reliance on them leads to trouble, forcing punchlines and fake rhymes in which he chops off syllables: “lack of responsi (bility). Just because they scan well doesn’t mean the lyrics deserve such crescendo: “Fell asleep watching ‘Fear Factor’ and ‘Scare Tactics’/ Too close to the StairMaster/ Poked a hole in the air.”

But this is not Eminem’s only flow on the album. There are still hints of the old Eminem who could be satisfied with a three-syllable rhyme like “Crazy-shit/ Made me sick.” He has a moment of clarity in “Fine Line” with, “And I feel so isolated, nice I made it/ But it’s like I paid the price of fame twice, I hate it.” But the New Slim Shady is mostly driven by an unquenchable thirst for rhymes and vitriol, as though he was making up for time lost on Recovery. For example, these days he has a predilection for lists, which is basically an excuse to forego syntax and narrative and drop as many rhymes as possible.

While none of this seems to bode well for Slim, Shady XV is more of a bid for relevance than a bona fide Eminem album, so cut him some slack. While Eminem’s peers manage sports teams and launch clothing lines, he is thoroughly committed to his craft. This singleminded pursuit can result in execrable verse. But if it’s an unhappy marriage, it is also a faithful one.

Owen Duff is a recent graduate from Bard College, where he studied English and French. He lives in Essex, Vermont, and works as an assistant teacher at a Montessori school. In his spare time, he enjoys recording music on garageband, playing piano, and watching Midsomer Murder.