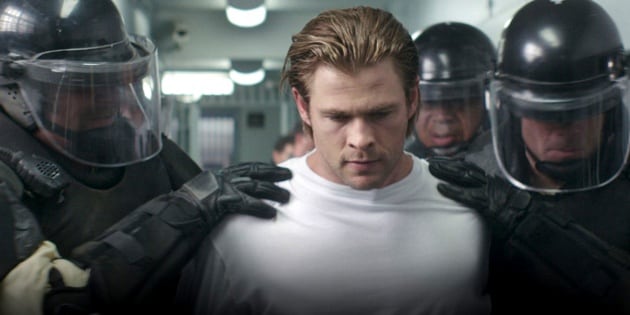 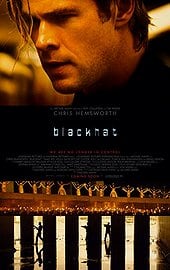 Michael Mann is one of the most confounding and frustrating filmmakers around, capable of capturing breathtaking images and energy using celluloid or digital but attracted to stories that are, by and large, emotionally inert. That has especially been the case for the last decade or so, where the stakes of his big-screen version of Miami Vice and his pre-WWII gangster flick Public Enemies never felt especially high.

The concept behind Blackhat, at least, lends itself to a bit of emotional remove: an international thriller about a tech genius looking to cause maximum amounts of damage to parts of the world for financial gain, and the team of equally talented computer geeks and federal agents out to stop him. When it comes to spending hours crunching over code in an ill-lit room or sending thousands of people to their deaths, keeping the rest of the world at an arm’s length is an easy way to maintain one’s sanity.

For a film, though, that puts it at a bit of a disadvantage, leaving you stone-faced during moments when you are supposed to be rapt and completely involved. You end up feeling somewhat like the techno-terrorist at the center of this plot, who causes a nuclear reactor explosion in China that sets into motion a globe-trotting series of events that could make him a billionaire a dozen times over. It just doesn’t register.

Mann and screenwriter Morgan Davis Foehl try to give us some characters to root for. We get Nicholas Hathaway, a convicted hacker played by Chris Hemsworth that was just given a furlough to help track down the man behind the explosion and the strange spike in soy futures; a lissome computer engineer (Tang Wei, best known for her lead role in Lust, Caution) who falls for Hathaway; and her brother and Hathaway’s former college roommate (Wang Leehom). All are accompanied by two FBI agents (Viola Davis and Holt McCallany) that trail along in their wake trying to keep up with the jargon and the international travel.

Each actor does yeoman’s work holding up the threadbare plot and trying to wrench something out of these blank slate characters, but all too often the script undercuts them. The midair confessional that Hathaway gets into about his relationship with his best friend’s sister and the detail that Davis’s husband died in the World Trade Center attacks are offhandedly thrown into the mix and quickly forgotten.

You can still get caught up in Blackhat, however. The laptop-based cat-and-mouse game that Hathaway and his foe engage in is fun to watch in spite of all the added clattering sound effects that accompany text scrolling on the screen. As ever, Mann knows how to frame and block a great shootout, as with the bayside showdown between the cops and some of the villain’s henchmen. And cinematographer Stuart Dryburgh proves a master of natural light, using digital cameras so well to capture the chaos and beauty of a Chinese cityscape, an otherwise featureless prison, and the stark landscape surrounding a tin mine in Jakarta.

All of those fine details, though, don’t serve the story much. They are the pretty pictures, smoke and mirrors that keep you gawking at the screen as you wait for the guns to start blazing. And when you start hoping, as I did, that one of those bullets might actually connect with the skin and bone of Hathaway or one of his crew just to mix things up a bit, that’s the point when you realize that Blackhat is doomed.

Robert Ham is a freelance writer based out of Portland, Oregon. His work has been published in SPIN, Village Voice, Alternative Press, The Oregonian, Brooklyn Paper, Paste and Portland Mercury.