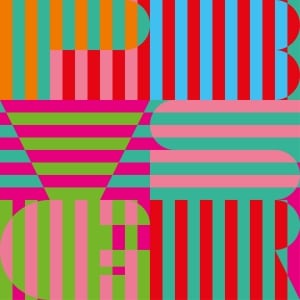 [xrr rating=4.0/5]By far the most interesting, rewarding member of Animal Collective, Noah Lennox, a.k.a. Panda Bear, has usually been behind that band’s greatest moments of neo-folk-pysch pop, as well as the architect of solo albums that have, on occasion, surpassed most, if not all, the outfit’s work. Person Pitch remains the best Collective-related release, a Wilsonesque fantasia in which the ethereally voiced singer effective made Beach Boys-level harmonies with himself thanks to some smart overdubbing and a gift for arrangement. Tomboy, however, seemed a step in the wrong direction, tagging along with AC’s turn away from the throwback/throw-forward pop of Merriweather Post Pavilion toward a darker, more cryptic sound.

Ironically, the morbidly titled Panda Bear Meets the Grim Reaper bounces back to the lushness of Person Pitch, and it even adds a decidedly more optimistic tone. Opener “Sequential Circuits” sounds as if it burbled out of a brook somewhere, its percolating background noise a placid marsh of gently flowing water and chirping insects. Its minimal lyrics are foreboding, but also welcoming, encouraging the viewer to take only what is needed in life, warning against greed. “Mr. Noah” expands on this dichotomy between a severe undercurrent brought to light with effervescence. The track buzzes into view with a synth sound out of Throbbing Gristle’s terrifying “Hamburger Lady,” but it is layered with a crunching guitar riff and Lennox’s gorgeous vocal patterns. The lyrics dismiss the easy, corrupting pleasures of drugs and their capacity to distract someone into stasis, yet the song itself is pure psychedelia, a journey whose single-length running time is almost frustrating for how quickly the trip ends.

The weed and acid references provide another tether back to Brian Wilson, but it has always been limiting to view Lennox as solely derived from that touchstone. You can hear electronic and experimental styles from across the decades in the songs. The album title itself conjures images of the rise of Jamaican dub in the ‘70s, a genre of deep-bottomed bass and spacious instrumentation to which Lennox is clearly indebted, especially on a track like “Tropic of Cancer,” an elegy with a harp pattern that would give the song a lilting quality were the whole thing not produced to separate every element of the soundscape on its own tiny island in an archipelago. “Principe Real” is ‘80s synthpop, while the fat-toned synthline of “Boys Latin” sounds like outrun mixed with hip-hop, and its repeated refrain gives the whole thing a techno vibe. This is Panda Bear’s most musically varied work yet, and a welcome demonstration of far he can stretch.

The lyrics are never too complicated, and Lennox never uses too many different words when he can say the same ones over and over. But as with the recent output of Swans, who use their chants to more sinister ends, Lennox invokes his repetition as an almost spiritual device. “Boys Latin” only has a few lines worth of material, yet it sends Lennox’s voice ricocheting off the walls with a frantic energy that gives the track a sense of busyness and complexity. The death-obsessed “Tropic of Cancer” fixates on “You can’t go back/You won’t go back”, teasing out a desperate, confused reaction to how to handle a loved one’s final days with practically nothing. Person Pitch may still be Panda Bear’s landmark record, but Grim Reaper suggests that he has plenty of space left to explore, and whether he does so on his own or with Animal Collective, Lennox remains one of the bright spots of contemporary pop.