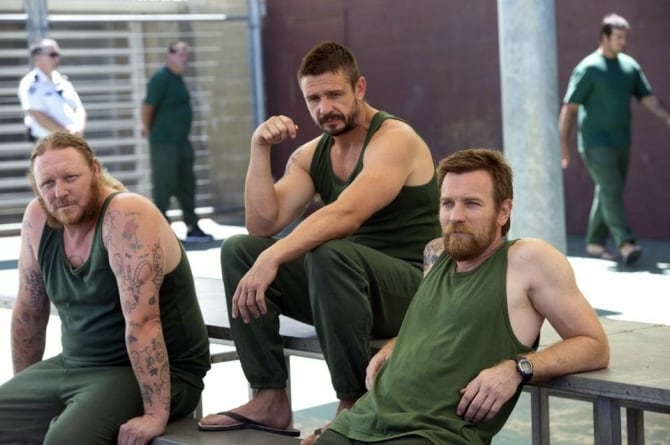 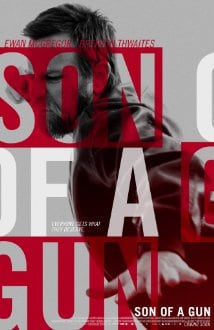 2014 boasted at least one relatively strong prison movie, the tightly-wound Scottish thriller Starred Up, which examined issues of indoctrination and control within the grim confines of a state incarceration complex. Son of a Gun initially seems poised to cover similar ground, another harshly wrought coming-of-age tale, with a young, impressionable inmate forced to adapt to the wild world of sudden shankings and unbridled masculinity, forging a new, harder identity in the midst of all this violence. So when things shift outside the walls of the prison, it initially seems like a positive change, an expansion of scope and setting which may allow the film to earn its own distinction.

All this starts after 19-year-old JR (Brendon Thwaites) is taken under the wing of notorious bank robber Brendan Lynch (Ewan McGregor) who’s serving a long sentence for pulling off a daring series of heists. Confined to a tiny prison facility somewhere in the south of Australia, alpha male and de facto jail boss Lynch takes an interest in the boy after he brazenly offers him chess advice, which the older man mistakenly views as a cheeky bit of chutzpah. Really JR is just clueless, a fresh-faced naïf who ends up increasingly over his head, stumbling through a complex scheme to steal newly forged gold bars from a mining facility, getting even more lost within all the attendant double-crosses and plot twists which follow.

The problem is that while Son of a Gun quickly ceases to be a prison movie, it never settles firmly on anything else, skipping fecklessly from one genre to another. Dropping the jailhouse location for a world of gangsters and thieves, it briefly morphs into a mystery, a heist flick, a revenge yarn and so on. None of these poses makes much of an impression, and while newcomer Julius Avery’s direction remains stylish and effective throughout all these passages, it also doesn’t distinguish the film beyond its boilerplate action aspirations.

Itinerantly cycling through a sequence of recognizable modes, Son of a Gun itself seems cast from a familiar mold, one which identifies a recent trend in mid-tier moviemaking. A string of shorts already under his belt, first-time Aussie director Avery has his first real shot at the spotlight here, further blessed with the presence of a major star looking to burnish his serious-actor credentials. The resulting film thus feels less like a personal project or a fully conceived story than a series of promotional sizzle reels, proof of what all parties involved are capable, mixing high-culture seriousness with carefully staged set pieces and the base, disreputable thrills of junk cinema. This business model seems increasingly common of late, with up-and-coming directors solidifying their marketability through indie market training movies. This scattered, eager-to-please quality makes Son of a Gun seem intermittently impressive but never fully coherent, a derivative blend of slick drama, calculated violence and requisite romance, qualities which never come together to form anything consistent.