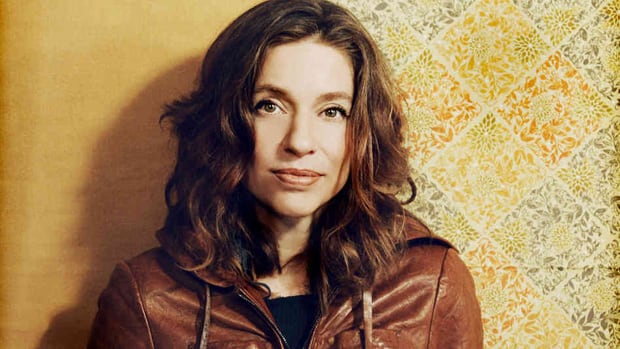 Yes, Ani DiFranco, icon of the ‘90s wave of folk-rock singer-songwriters, still performs live, and even though her audience is older, fewer in number and noticeably more demure, they’re as dedicated as ever. Even in a place like Traverse City, Michigan’s City Opera House, a venue so small you can feel the floorboards vibrate when someone taps their toe seven rows away, the applause is roaring. Between the excitable crowd, DiFranco’s tattered clothes and a mid-set anecdote about meeting senators regarding the dumping of nuclear waste, it seemed like very little had changed in the two and a half decades since she came on the scene with her self-titled debut album. Many fans have moved on, of course, but the couple hundred audience members in attendance were 25 years back in time, feeling the love songs, shouting along with the protest songs and dancing to anything with a beat.

DiFranco stays remarkably connected to her audience, responding to every stray cheer with a glance, every random shouted phrase with a smile and a story. Between songs, she was amiable and sharp-witted, even self-deprecating. Someone in the balcony yelled, “Welcome to the middle of nowhere!” and DiFranco responded quickly and generously that she’d like to stay in the middle of nowhere. It’s the kind of thing most musicians say when they’re on stage, but you get the impression that DiFranco means it.

The audience, too, held up their end of the relationship. Half of DiFranco’s set consisted of songs from her latest record, 2014’s Allergic to Water, plus a few she had written on her current tour. After performing a few new songs, she laughed and told the audience she would “play something you know,” but the crowd response was enthusiastic no matter what she played. “Another reason I love my audience,” she said, “they don’t just clap for the old stuff.” It was the also only crowd I’ve ever seen go crazy for a kazoo solo (“not just for surprise parties,” DiFranco joked afterward). It was a symbiotic relationship so rare in modern live performances where bands tend to wall themselves off and crowds sit still, arms crossed and phones out. DiFranco doesn’t seem to mind her dwindling popularity over the years, as long she still garners that kind of enthusiasm.

That’s just what comes from being a gifted, experienced performer. How many times must have DiFranco and her band gone through fan favorites “Shameless” and “Anticipate” to get them so close to flawless? Her drummer and bassist lock into her groove effortlessly, and her guitar work is surprisingly agile, making it an engaging show even for non-fans.

It’s not 1990, but DiFranco has made good use of the years since. She still impresses as a singer, as a guitarist and especially as a charismatic personality. Chances are if you’re going to see Ani DiFranco in 2015, you know just what to expect. Now more than ever, she plays directly to her fan base, boasting an intimate connection that less seasoned performers sorely lack. Her music may feel dated and a little trite a two decades later, but she plays to her strengths and takes her weaknesses in stride, laughing the whole time.