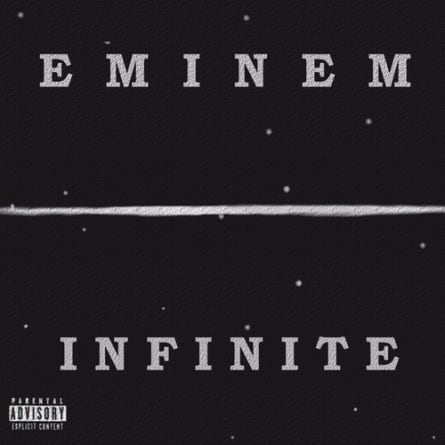 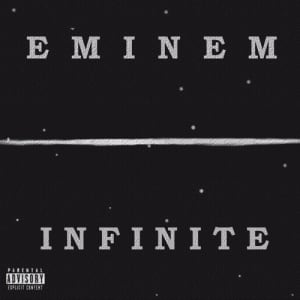 Eminem’s voice has changed drastically over the course of his career. For the most part, this change can be described in terms of volume and intensity: in direct proportion with his age, Eminem has gotten louder and angrier. But it can also be described in terms of accent; to see this requires revisiting his 1996 debutInfinite. Here, there isn’t just a question of his voice being nasal-ier. If anything, it is less piercing: he delivers his lines in an easy-going, nearly melodic descent, tending to throw emphasis on the latter halves of words and phrases. In the opening track, he almost sounds Caribbean when he drawls “just a fraction of my tracks run,” eliding the final two syllables. For anyone coming to Infinite late in the game, which includes me, it’s sort of like overhearing a friend or relative switch up accents while on the phone with an unknown third party.

Who was Eminem performing for? His intended audience, there is good reason to believe, included primarily fans of Nas. The Brooklyn rapper is invoked in the opening lines of the opening track, and, with the exception of a few of the weaker songs, he remains present until the final bars of “Jealousy Woes II.” The similarity of the rappers’ flows was frequently observed when Infinite first came out, and it was decided, in an odd combination of praise and derision, that Eminem sounded like AZ and Nas. A first listen to the album confirms this opinion: the rhyme clusters, the unremitting waterfall of a flow, the almost indecent displays of intimacy with Merriam-Webster… everything seems to point to Illmatic.

However much he sounded like Nas, however, Infinite flopped, commercially and critically. Why? It is easy to cite that a skillful imitation is no substitute for an original flow. However, this risks missing a more particular flaw in the album, namely, that the technical skill on display in Eminem’s verses is usually more interesting than the content.

On one hand, Eminem’s delivery throughout is masterful. In a dramatic moment in “Open Mic,” for example, he goes on a several line tangent in order to drop five consecutive four syllable rhymes. Towards the end, he begins flirting with gibberish: “…stiffer and ache, whither and break/ You slithering snake, gibbering fake, fibbering flake…,” but in the lines immediately following, raps your knuckles for ever doubting him: “I’ll twist you into a different shape/ And toss you in Michigan Lake, for fisherman sake.” And for bonus points, the line is self-referential: what he threatens to do (twist you into a different shape), is precisely what he does to the words in his rhymes.

But these skills are not matched, on the other hand, by his verses. Eminem’s later work, which is in some ways simpler in its approach to rhyming, draws its material from the Slim Shady character, who proved a highly, if not infinitely, plumbable well. Infinite, compared to the Slim Shady LP is scattershot. There are hints of Shady-style cartoon violence throughout: on “313,” for example, he threatens to “run your brain around the block to jog your fucking memory.” And on “Jealousy II” he humorously misuses a Nas quote to describe to his ex’s sex-life. But half of the time he is posing unconvincingly either as chill-party-host (“Tonite”), devotee of money and the Protestant work ethic (“Never 2 Far”), or committed boyfriend (“Searchin’”). The lyrics on “Searchin’,” are particularly cloying, and a good example of how quality rhyming, when applied to a mediocre theme, ends in disaster: “I feel a passionate lust when I image it just alone at last when it’s us.”It’s sort of like soft-core porn directed by Steven Spielberg.

The high points of Infinite, “313,” “Open Mic,” and “Jealousy Woes II,” tend to be those in which Eminem is in combat mode, either with a literal, featured opponent, or an imagined one. But it is clear in most of the album that he hasn’t yet developed the battle-rapping techniques which serve him so well, two years later, in The Slim Shady LP. Where the LP improves on Infinite, generally, is in cutting down rhyme count and focusing on punchlines–– skills which, it is easy to imagine, Eminem acquired over the course of Scribble Jam and the Rap Olympics. With fewer rhymes, his rapping sounds more like plain speech––it also begins to sound more hysterical as, rather than flowing, he throws all his emphasis onto a single rhyme. “Open Mic” has lyrical jousts, but they’re often lost in the rhyming arabesques: “You bitches get a hysterectomy disrespecting me/ You wanna feel the full effect of me, hand a tech to me.” This is a far cry from the style exhibited on the LP, in which the punchlines, for which most of the rhyming is reserved, are practically underlined in red.

Between Infinite and the The Slim Shady LP, it seems as if Eminem got funnier and sharper. He also got meaner. It is uncomfortable but maybe accurate to conclude that improving as an MC required a clarification, in his mind, of his targets. Whence the eruption of misogyny and homophobia between his freshman and sophomore albums. To be sure, these are regrettable features of his work. But if the Eminem on Infinite displays a great facility with rhymes, and is generally a nice guy who loves his girlfriend and believes in an honest day’s work for an honest day’s pay, he is ultimately forgettable, just as an “infinity” of anything––in this case, potential––must, in the long run, imply boredom. Infinite is somewhat insipid, mostly gregarious, and overstuffed with rhymes. The marked improvement which occurs between Infinite and Eminem’s later work, in this sense, is entirely a question of slimming down.

Owen Duff is a recent graduate from Bard College, where he studied English and French. He lives in Essex, Vermont, and works as an assistant teacher at a Montessori school. In his spare time, he enjoys recording music on garageband, playing piano, and watching Midsomer Murder.