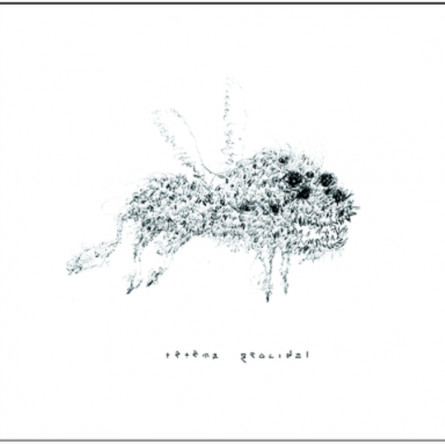 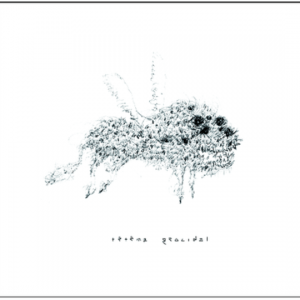 Mike Patton and Anthony Pateras reimagine a musical world in their own image. Collaborating under the name tētēma, the duo has an idealistic, radical theory in which geo-political and musical lines are blurred in favor of an elevated level of consciousness drawn from the smoldering wreckage of contemporary waste. In this world, every sound exists within the moment, the product of direct human interaction rather than pre-programed, pre-packaged pantomime.

Tearing down the walls, practicing the titular “geocide” to create an all new sonic world and language all their own, tētēma makes its point by reimagining what music can and should be. But when it seems like nearly every conceivable combination has been explored, how does one get away from existing influences, sounds, forms and structure?

The answer is apparently in the realm of noise-based music and the avant-garde. Using Australian musician and composer Anthony Pateras’ densely structured arrangements and fragmentary melodies as their jumping off point, tētēma
layers seemingly disparate styles to create something that transcends its sources. There are new combinations of sounds throughout Geocidal, a sonic amalgamation incorporating elements of modern classical, experimental, world, noise, jazz and rock to create a series of compelling studies in organized chaos that defy classification.

As is the case with most of his projects, Patton’s vocals play a primary role in the music’s often aggressive tonalities. His voice rising from a guttural whisper to a frantic shriek and occupying all spaces in between, it can come across as unsettling for those not accustomed to his schizophrenic approach. Paired with equally explosive, unhinged instrumental accompaniment, Geocidal becomes an often unnerving listening experience, one that tests listener’s patience, rarely letting up long enough to let the handful of lovely instrumental passages scattered throughout to take hold.

On opening track “Invocation of the Swarm,” heavy percussion mixes with Patton’s approximation of Tuvan throat singing before descending into all manner of vocal chaos and anxiety-inducing string arrangements. True to its title, the closing strains dissolve into the sound of an oncoming swarm of menacing insects set against dying strings.

Throughout, Patton shows off his fondness for exploring the outer reaches of the human voice. Often brutal to the extreme (“Pure War”), he is equally at home within the softer, more melodic reaches of his range (“Ten Years Tricked”), creating a tension between the recognizable and the utterly inhuman.

Unlike some avant-garde experiments, tētēma opts for concise compositions that carry the basest elements of form and structure. By favoring brevity over sprawling experimentation, each piece delivers maximum impact, wrapping up before becoming dull or repetitive, compelling enough to demand repeated listens. The music has an intriguing organic quality, using a wide range of percussion instruments instead of electronic beats. This human connection makes Patton’s demonic ululations even more jarring as they break through to varying degrees of unpleasantness and create sounds not entirely of this earth.

Ultimately, tētēma is at its most compelling when Patton puts aside his metal proclivities, exploring the outer reaches of uncharted sonic territory rather than the well-trod terrain better suited to Mr. Bungle and Faith No More. By attempting to meld these within a host of world music styles, “Kid Has Got The Bomb” falls flat, feeling more than a bit forced and lacking the visceral impact of the less traditionally structured pieces. By opting for sung choruses and nu-metal sonics, the flow of the album is temporarily thrown off course.

Difficult yet rewarding, Geocidal provides a series of aural nightmares in miniature, dispatches from a dystopian future where music and culture has blended to create a discordantly hallucinatory environment in which it is far too easy to become lost. But it’s a fascinating journey that flies in the face of sonic convention.