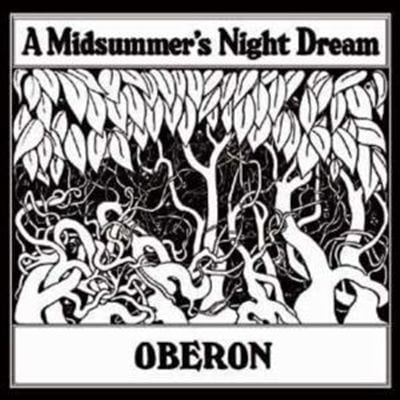 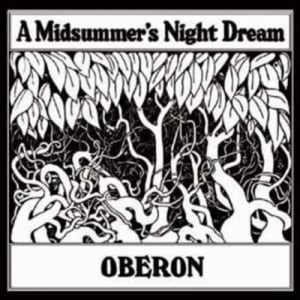 Afforded little more than a single sentence in Rob Young’s stellar, in-depth history of folk music in the U.K. Electric Eden: Unearthing Britain’s Visionary Music, Oberon’s A Midsummer’s Night Dream is a footnote in the annals of music history. It was considered to be one of the rarest and most valuable of all British folk pressings, having been originally released in an edition of 99. Its scarcity made it nearly impossible to have much of an impact beyond an extremely select circle of listeners. As with many similarly rare releases, its legend began to overshadow the material contained within the grooves.

Comprised of schoolmates, Oberon slotted into the burgeoning revivalist folk rock movement sweeping segments of the United Kingdom in the waning days of the initial hippie flourish. Following in the footsteps of Fairport Convention, the Incredible String Band and countless others, Oberon employed all the requisite folk trappings: semi-medieval male/female vocals, airy flute, guitars acoustic and electric, and violin all coming together in primitively shambolic arrangements. Where Fairport Convention had Richard Thompson and Sandy Denny, Oberon lacked the necessary talent to push them beyond a middling attempt at tapping into the zeitgeist.

While decidedly rudimentary and often ramshackle, A Midsummer’s Night Dream is not without its charms or moments of genuinely exciting playing. Throughout, violinist Julian Smedley and flautist Charlie Seaward steal the show, trading fiery solos on the prog-folk “The Hunt” and the rock-tinged “Minis Tirith”, twin epics that find the other members struggling to keep up. Where Smedley and Seaward shine and help elevate much of the material, guitarist Chris Smith’s simplistic, underdeveloped playing, particularly on the Gershwin standard “Summertime,” shows a musical immaturity and melodic naiveté that prevents Oberon from becoming anything more than a moldering curiosity.

On “The Hunt,” Smith attempts a number of jazz-indebted solos and lead lines clearly beyond his reach. Only when Smedley’s searing violin enters does the song come remotely close to the heights to which it aspires. Maudlin and overlong, it is a pale imitation that simply cannot match the best works of their contemporaries.

The pastoral “Time Past, Time Come,” one of a half dozen originals here, eschews vocals altogether in favor of a strictly acoustic treatment, making it one of the few highpoints on the album. Coming as it does on the heels of their inexplicable reading of “Summertime,” it stands in sharp contrast and serves as a palate cleanser as they return to prog-folk territory on the shambolic “Minas Tirith,” replete with an utterly incongruous, though no less compelling, drum solo.

While “Minas Tirth” features yet more stellar performances from Smedley and Seaward, “Summertime” is dragged down by a sloppy interpretation of the well-known standard, serving little purpose outside of adding five minutes to the album’s running time. Barely even a curiosity, their take is a train wreck in slow motion that falls firmly into the uneasy listening category.

With the music itself often passable at best, the informative accompanying liner notes offer a glimpse of a group of musicians simply looking to perform the type of music they loved together. Presented as an interview with a handful of Oberon’s original members, it’s loaded with charming recollections and self-congratulatory comments, affording insight into not only their creative process and approach to the form, but also their rapport, shedding light on yet another under-documented, long-forgotten group.

Ultimately, an archival release like A Midsummer’s Night Dream provides further evidence as to why certain albums find themselves relegated to the dustbins of history and others survive to influence generations of musicians. A Midsummer’s Night Dream, while not without its charms, is little more than a fetish object for those who clamber for all things rare and otherwise forgotten. Kudos to Sommor for the work put into this first fully authorized reissue, however the music itself, as is too often the case with “lost” albums classic or otherwise, leaves something to be desired.