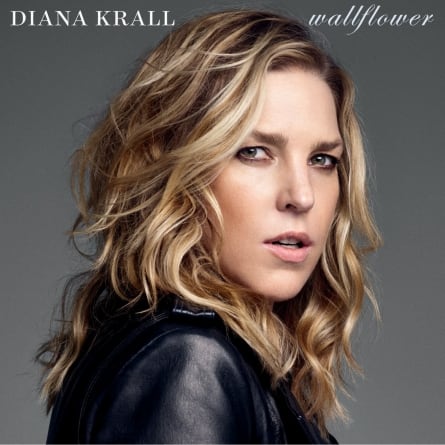 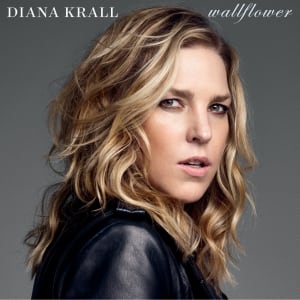 Like her husband before her, Diana Krall’s approach to the material on Wallflower operates within the stylistic framework on which she made a name for herself. Where Elvis Costello’s Almost Blue brought together new wave and country, Wallflower gives the smoldering torch song treatment to a handful of soft rock radio staples.

Having grown up surrounded by the sounds of the Eagles, Elton John and Jim Croce, Krall revisits the music of her youth, reshaping it in her own image. Given the low-key nature of her established body of work, her approach proves an ideal fit for the majority of the material here. Forgoing a big sound, Krall strips each song to its basest elements. This approach allows the focus to fall squarely where it belongs, on the coupling of lyrics and melody.

With her unfussy approach and lushly simple arrangements, Krall manages to present an homage to the originals that, despite their continued cultural prevalence, lends them a sense of freshness long since lost in the originals. Despite having heard them dozens of times before, these new arrangements make it seem as though we are hearing each for the first time.

Album opener “California Dreamin’” feels much more the product of a depressive New Yorker dreaming of warmer climates than the original’s sunny arrangement. Over minor key strings and a slightly off-putting electronic drum loop, Krall explores the melody with a keen eye to its simpler elements, forgoing elongated phrasing and melisma in favor of a more nuanced approach to interpretation. The overall sense of potential release in the warmth of the California sun becomes almost palpable within the oppressive grey of a New York winter.

Much of this is due to Krall’s vocal tonality. There’s now a huskier, whiskey-aged quality to her voice; the faintest bit of rasp that, with her jazz phrasing, serves as an ideal showcase for many of these songs. On “Superstar”, she forgoes the poppier elements of the many existing covers in favor of a simmering, slow burn cabaret approach that helps underscore the lyrics. It’s aided by a sympathetic arrangement that, while a tad slow, reimagines the song in a way not seen since Sonic Youth.

Of the arrangements here, “Desperado” hews closest to the original. Stylistically and melodically similar (the tone of Krall’s voice even approaches that of Don Henley on certain passages), her reading one-ups the original in its sympathetic, less overwrought approach to the material. Throughout, Krall proves herself a master of the understated interpretation. Rather than showing off flashy arrangements or drastic reinterpretations of well-known material, she gets to the kernel of each, showcasing why they’ve had such lasting cultural impact.

Proving herself an altogether adept interpreter of the Eagles, Krall recasts “I Can’t Tell You Why” as a bossa nova-tinged track. Combined with her sultry delivery, it smolders and, like “Desperado,” manages to surpass the original. Here too she proves herself a deft soloist, capable of subtly subverting and reinterpreting the melody without lapsing into lounge piano.

Not everything here works, however. Of the two duets with fellow Canadians Michael Buble and Bryan Adams, only Buble’s assist on “Alone Again (Naturally)” adds anything of note. Where his approach is better suited to that of Krall’s, the addition of Adams on “Feels Like Home” lends the song a decidedly forced feel that drags down the overall quality. So too does her take on Crowded House’s oft-covered “Don’t Dream It’s Over”. A bit too slick in both the arrangement and production, it comes off sounding readymade for adult contemporary format stations.

These minor missteps aside, Krall manages to bring new life much of the material here. By placing the focus on melody, stripping each song to its core elements and building arrangements from the ground up, she presents each as quality material not needing fancy arrangements and embellishments. To do so would bury the jewel of each song within a sonic morass, lending an overwrought quality that too often passes for emotional sincerity. True emotion and musicality lies in the performer, not the performance. Only the best of interpreters manage these kinds of feats. With Wallflower, Krall proves herself worthy of their company.