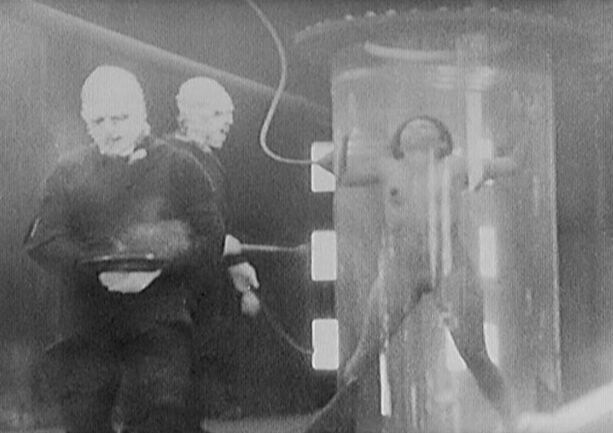 In 1995, to celebrate the 100th anniversary of the patenting of the Cinematograph, 41 directors made a short film with the instrument that was widely believed to be the first motion-picture camera and projector (although Woodville Latham beat them to it by several months). The shorts were compiled and released as Lumière and Company, named for the brothers who patented (but did not invent) the Cinematograph. Using the original cinematograph meant that the filmmakers were constrained by strict rules: Their finished film could not be longer than 52 seconds, which was the length of a roll of film; they could not use synchronized sound, which was still decades away; and they could use no more than three takes. The Lumière brothers themselves made “actuality films,” non-fiction footage of ordinary life such as workers leaving left a factory or a train arriving at a station. While many filmmakers chose to follow their lead for this anniversary project, others did not, but either way, most of the films were unimaginative and forgettable. Yet a handful of filmmakers opted to break or skirt the rules, including David Lynch, whose “Premonition Following an Evil Deed” is the hands-down highlight of the anniversary project.

The film seems to run slightly long, but more obviously, Lynch took “three takes” to mean, “closing the lens three times,” so his short consists of five shots and three visible cuts (smoke employed at one point to hide a cut). As the film starts, three police officers approach the camera to investigate a seemingly dead body. Then a woman sitting down with a dreadful look on her face turns toward what is soon revealed to be a doorway. The action cuts to a seemingly unrelated location in which a woman walks away from a bed with two other women and toward the camera, which begins to track right before being blinded in a flash of smoke. When we can see again, the camera has entered a bizarre location where we see deformed men (recalling either Eraserhead’s Man in the Planet or The Elephant Man – the camera is too far away to make out much) and a naked woman imprisoned in a transparent tank. The camera continues to track to the right until a fire seems to melt away the image, which rematerializes in the house from the second shot, which now has two inhabitants. The woman from the earlier shot looks out the doorway and sees a policeman entering. Throughout this final shot a shadow lingers in the window, taking on sinister proportions in part because of the hugely unsettling soundtrack—composed, of course, by Angelo Badalamenti—that plays over the whole film. 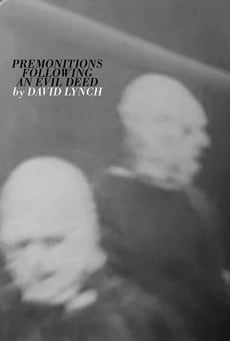 What just happened? In the context of the other shorts, this is a logical question, but it’s important to remember that despite the commissioned and limiting nature of the project, this is a David Lynch film. Lynch’s shorts often distilled the director’s pet themes into digestible packages, as with the girl in “The Alphabet” whose dreams make way into reality, the disturbed nuclear family of “The Grandmother,” or the bifurcated structure and concealed truth of “Darkened Room.” “Premonition” seems to suggest a Blue Velvet or “Twin Peaks”-like construction. It begins with a murder in a seemingly idyllic location and goes on to reveal the macabre sexual nightmare lurking underneath, eventually ending with the suggestion that the underground nightmare—symbolized by bugs in Blue Velvet and by the deformed men here—has penetrated the surface.

The ostensibly realistic vision of the Lumière Brothers is perfect for a Lynchian exercise, and the film gains a great deal from its creative context. Lynch does not create dream spaces so much as suggest that reality is far more like a dream or a nightmare than we could ever imagine. This is the theme not just in his small-town soap-noirs (and Mulholland Dr, a big-town soap-noir), but also in Wild At Heart, in which musicals become an impossible mediator between the romantic life desired and the one thrust upon Sailor and Lula; in Lost Highway’s self-imposed narrative and its unraveling; in The Straight Story’s repressed visions of criminality; in Inland Empire’s conflation of the comfort of “real life” with the comfortable illusion or dream of “cinema.” Here, a device used for “actuality films” is used to reveal the macabre within the banal. Using what little he has at his disposal, Lynch departed from the actuality film and created something that disjoints time and space and calls into question aspects of narrative causality, as if actuality itself is a malleable, indefinite, construct. It’s hard to imagine a better context for the film.

One need not love “Premonition” simply because it distills the artist’s motifs in less than a minute, or because it’s a provocation that stands out from the pack. It is a deeply unsettling work of cinema all on its own, an example of how sound design and shadows can evoke fear more than gore or monsters, and how ambiguity can be far more effective than explanations or closure. We never find out what killed that woman in the first shot, or what the police officer has to tell the woman in the final shot, but based on everything we saw in between, and on that little shadow in the window, our imagination will only take us to dark places. And isn’t that what we love about Lynch? All he has to do is put up a few signs and we go to those places on our own.