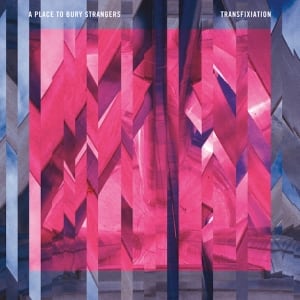 A Place to Bury Strangers assesses their past on what might be their final record. The band began as a showcase act. Front man Oliver Ackermann was behind Death by Audio, which sold custom-made effects pedals out of a Brooklyn warehouse. Many of their pedals were behind the wide-open noise rock on which the band built their decade-long career. In their early years, that sound earned them the reputation of being New York’s loudest band. But their last record, Worship (2012), was the least noisy and most accessible in their catalog, coming from a band that could now be embraced by a broader audience as well as the partially deaf PA-planters. Their new album Transfixiation continues to straddle the line between early My Bloody Valentine and Barbed Wire Kisses-era Jesus and Mary Chain. It may feel cheap to call out such clear influences, but in this case it’s clear. This record came out of the demise of Death by Audio, which closed their doors just before the album’s release. Transfixiation doesn’t gnash the same teeth as the “Tiger in my Tank”-influenced Exploding Head, but it’s the same dark, murky, submerged music as its predecessors—surf rock for an afternoon riding the ripples of the Black Lagoon.

Ackermann’s vocals are more confident than they’ve ever been, especially on the album’s first two tracks, “Supermaster” and “Straight.” His voice was never the band’s strong point, working best as a semi-audible melodic instrument buried under layers of guitar effects. Here, its clear and amped up, exposing its strengths and weaknesses. Ackermann finds his way on “Deeper” doing a low whispered snarl so reminiscent of The Jesus and Mary Chain’s “Head” and “Bo Diddley is Jesus” that it might as well be an homage.

If the band decides to release a single from this album, the straight ahead, high speed melodrama of “Now It’s Over” should be their first choice. It’s a college radio-ready hit with an adrenalin pumping pulse of minimal bass and drums that could be the soundtrack to a new generation of teen angst. There’s a universal appeal in lines like, “I missed you so bad/ Yet you seem too scared,” delivered with a sincerity and effectiveness the band has rarely reached in the past.

On other end of the album’s spectrum is the instantly skippable “I’m So Clean,” a crackly and screechy example of jumping the shark. Noise bands usually either lay their sonic din over a spine of unstoppable snare drums, or leave it bare and shimmering in space. But this is just a mercifully short rock anthem that sounds like it was recorded over an AM radio in the middle of a concrete arena. There’s low-fi appeal, and then there’s simply low quality. “I Will Die” is similar, ending the record in a storm of indiscernible and often irritating white noise.

But the album’s highs far outweigh its lows. Transfixiation doesn’t really hit the bar set by Worship, but it is a culmination of the band’s broad range, representing them at their most raw and noise-driven as well as at the peak of their popular appeal.