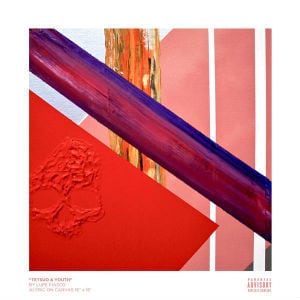 [xrr rating=3.5/5]Kendrick Lamar’s hit list on “Control,” in which he catalogued all the rappers he considered worthy of competing with him, was notable in part for the names not mentioned. Among these was Lupe Fiasco’s. The insulting omission did not pass without notice. Within 36 hours Lupe released “SLR2,” a track responding, in no uncertain terms, to Lamar’s diss ex silentio: “You will respect me, you will reject me/ But I’ve done so much, no matter how far you go, you will reflect me.” Strong words. Although the track did what it was supposed to, namely, remind everyone what a talented MC Lupe is (he parodies the flows of half the rappers mentioned in “Control” without breaking a sweat), it was nonetheless doomed to fail. Being the senior MC by five years, a reply from Lupe couldn’t look like anything but a concession. Add to this that Lupe, at the time of the rebuttal, hadn’t had a well-reviewed album since 2010. His reputation that summer was working equally for and against him.

Tetsuo & Youth, however, firmly sets Lupe back in the pantheon. The opening track, “Mural,” is nine minutes of uninterrupted rapping: bars upon bars upon bars…a veritable pub crawl. While it is common among MCs these days to open with a harangue, Lupe’s intro is more of a guided meditation; there are a few oblique shots fired, but it’s mostly a series of interesting images, seasoned generously with word play. The first 25 bars, pre-written, are highly polished, and some of the best on the album. The subsequent verses–-which, according to Lupe, were mostly free-styled––are of the same caliber. To say that it’s easy to hear the free-styling counts as a compliment for Lupe, in whose case the rap/gymnastics analogy truly applies. For example, halfway through “Mural” he hits a rough patch in which he gets caught up in a series of questionable puns, all in order to clarify the meaning of “rain.” But then, seeming to address himself in the middle of his own performance, he observes the importance of “treating every…one of your words like reinforcements,” and comes out with a tongue-twister like: “It’s still hooker heels on my sugar hills and sweet spots / Crying shames, make margarita rims from cheap tops.”

It would be a mistake, however, to label Tetsuo & Youth a comeback album, mostly because Lupe doesn’t sound like he has the slightest interest in coming back. Perhaps he still has a bad taste in his mouth from Lasers; with just one single, Tetsuo & Youth is one of the most radio unfriendly Lupe albums to date. Most of the tracks run over five minutes long; the album itself is a sort of triptych strung across a few monolithic eight/nine minute tracks. The instrumentation, meanwhile, is mostly anti-pop. It tends heavily towards jazz. There’s a trumpet here for every synth-squelch and a baby-grand for every keyboard. At certain points, on “Little Death” for example, you half expect Lupe to break into scat. Classical gestures abound as well. There are four “seasonal” vignettes interspersed throughout the album––one minute violin or bass solos, usually with the sound of frolicking children woven into the background. Not only is this all radio adverse, it’s often difficult to know where to place it in current hip-hop.

Nonetheless, on “Chopper” Lupe insists he’s not a “hip-hop purist,” and it remains true that the more current-sounding beats tend to elicit his best work. On the chorus of “Adoration of the Magi,” he makes a striking, and humorous, observation about the tendency among rappers to use baby pictures for their album art. But if he’s citing, in one fell swoop, Biggie Smalls, Nas, and Lil Wayne with melodrama, it’s done with the good humor of a committed fan. The stakes are high in Tetsuo & Youth, but never out of reach. This appealing humility is often on display, as in “Delivery,” one of the few radio-ready tracks. It is not clear whether the scarcity of delivery pizza in the song is the abstract symbol or the literal cause of suffering in the ghetto. Whatever the political commentary in this track, it’s leavened by the fact that it reads, at the same time, as a sort of ingenuous elegy to Dominoes.

Lupe strikes this precarious balance between parody and apostrophe frequently throughout Tetsuo & Youth––an important move for an MC often accused of sermonizing. He leaves the high horse out to pasture on this one and his work benefits considerably. Still, you can’t help hearing resignation in the humility, and wondering if Lupe’s begun to lose interest in hip-hop. “We should have been poets,” he reflects glumly at one point “somewhere between amateurs and grandmasters of iambic pentameter.” Surely he’s going too hard on himself––don’t Lupe’s bars scan? Okay, not consistently. But will they be copied by future MCs? There’s no reason to doubt.