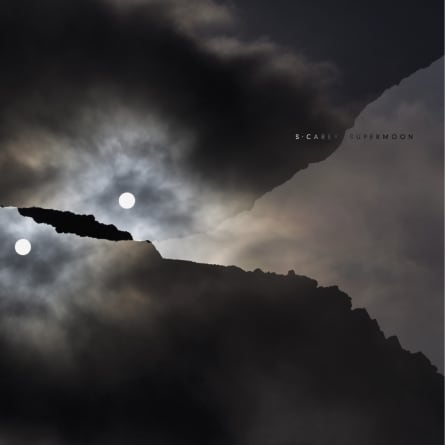 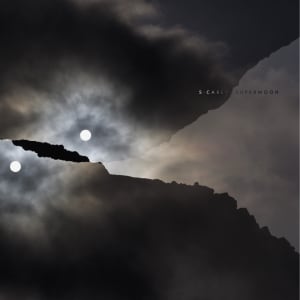 As the principal architect and primary voice behind Bon Iver, Justin Vernon is rightly associated with the wintry, pastoral feel of their music. After all, the band’s lore originates from the self-imposed isolation Vernon subjected himself to following a breakup and illness, a seclusion that gave birth to his classic debut, For Emma, Forever Ago, not to mention Bon Iver’s name (French for “good winter”). Though Bon Iver is viewed by many as a solo project, drummer/pianist/vocalist S. Carey has demonstrated over two of his own LPs, and now on his first EP, Supermoon, that Vernon isn’t the only one able to channel nature and his snowy mid-western surroundings into songs that are as intimate as they are cerebral.

Recorded during an actual super moon that took place in August 2014, the six tracks here are essentially deconstructions of what came before. Carey repurposes four existing tunes – two from each of his full-lengths – while contributing a new original and a Radiohead cover. Though the majority of the material isn’t new, it is completely reimagined. Carey strips his sound down to its most bare roots, removing the shell, exposing the heart through hushed, stark offerings that prove that less indeed can be more. With little else beside piano, his vocals and the occasional string flourish, it’s as if the songs themselves bare their soul, not just Carey.

Though Supermoon is clearly an exercise in restraint, what may be most impressive is that it might be the first release by a drummer that doesn’t include any drums. Instead, the classically trained Carey relies on spacing and keystrokes to deliver rhythm. The acoustic guitar arpeggios and brush strokes of “Fire-scene” are removed, leaving nothing but sparse piano and Carey’s voice to deliver lines like, “All I want is honesty.” Carey strips the ambient sonic elements and textures from last year’s “Neverending Fountain,” reducing it to gorgeous piano passages that reveal a stillness in his playing, like a night in the wilderness. With its crawling tempo, the minimalist “Supermoon,” the lone new song, fits perfectly with the other tracks, while also showing off his impressive vocal range. His falsetto soars and quivers, coming across somewhere between Jeff Buckley and Andrew Bird.

Though Carey’s voice and playing is the primary focus throughout, subtle, well-placed sonic elements add another dimension. There’s a strong buzz that beats like a pulse beneath “In the Stream,” which comes across like Carey looking up at the glow of the stars or the passing of clouds and playing what he sees. “We Fell” is the busiest, most up-tempo track here, but with its vocal quirkiness replaced by Mike Noyce’s drifting strings, it comes across as far more personal than the original. Taking on Bends-era Radiohead is pretty ambitious, but Carey masterfully maintains the shape and identity of “Bullet Proof…I Wish Was” while adding isolation to it as Noyce’s strings gorgeously echo his chorus with melancholy.

It’s fitting that Carey’s tour behind Supermoon will take him to people’s living rooms. As Carey plays, the audience will be able to look out a window and see the night sky, or be in a setting where it feels like you’re amongst friends. That intimacy is exactly how this collection of songs took shape. Carey revealed that it was as if he grew closer to the music because he’s spent more time with it. There’s little question that Carey went deep inside the soul of this material, its details revealing what he contributed the Bon Iver sound. Supermoon is for the most part a largely a one-man show, but Carey proves that Bon Iver isn’t.

Mike Randall is a displaced Yankee living in Chapel Hill, North Carolina (y'all). During the day he is a recovering ad guy in marketing for a tech company. When he gets home he works for the four-year-old you see pictured. If these things are your bag, including but not limited to slap shots, sailor language, Mitch Hedberg, library books and Baba Booey, he can be found on Twitter at @mykrandall.