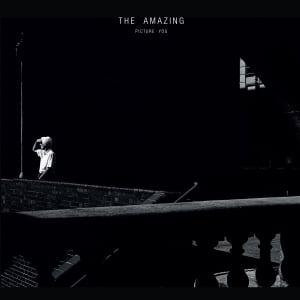 [xrr rating=3.5/5]Fans will note the repetition of the number “6” on Drake’s latest, If You’re Reading This It’s Too Late: “6 God,” “6 Man” and “6PM in New York.” Six of the titles are six characters long. And you thought “22 Twos” was a game changer. The six-nificance of this is difficult to pin down because there are as many possible referents as there are sixes. The number could be code for Toronto (area codes 416 and 647), Drake’s birthplace and current HQ, but it’s also the interval in years between this album and Drake’s first mixtape. Drake himself is precisely six feet tall. I prefer a financial reading in which the number refers to Drake’s net worth, currently just under $60 million.

If there’s a theme to Too Late, it’s money and the relative lack thereof. Drake’s bank account hovers at a paltry $55 million. The sub-sixty figure isn’t for lack of effort. “Why do I feel like you owe me one?” he asks a little disingenuously on “Legend,” addressing Bryan “Baby” Williams, whose label owes Drake back royalties. But becoming a creditor may be the best thing that’s happened to Drake in years: he finally has something worth getting pissed off about.

Financial debt is good for his confidence. Drake now carries around a gun, and while it’s not clear he knows how to fire it, he knows how to use it effectively as a prop: “Brand new Beretta, can’t wait to let it go/ Walk up in my label like, where the check though? Yeah, I said it.” In the next line, Drake turns down a centerfold; lady killing is his strongpoint, and a more than adequate substitute for street cred. The Canadian rapper has cultivated a Mafioso persona that reaches its peak on Too Late, and with each bump in his pay scale, it becomes harder to dismiss him.

Drake used most of his Degrassi checks to support his single mother (“Star 67”), but he spends less time defending himself than attacking others, and this reminds us why he’s so well paid. Drake’s knack for one-liners makes him a better battle rapper than many street-proven MCs. His verses aren’t dense with rhyme, but they explode on contact, as on his statutory rebuttal to frenemy Tyga: “You need to act your age and not your girl’s age.” He writes best as a critic within his immediate social circle, but when he steps outside of this circle, he falls flat. Does anyone believe him on “6 God” when he threatens to “fuck with niggas’ souls”? What he should have said was “paychecks.”

“I’m turnin’ into a nigga that thinks about money and women like 24/7,” he raps on “Know Yourself.” Four years ago on Take Care, he rapped, “Really I think I like who I’m becoming.” Clearly it’s not all money and women for him. But will Drake end up like Jay Z, a media mogul who simply happens to rap?