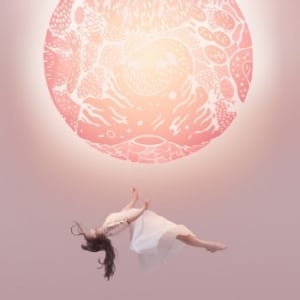 [xrr rating=3.75/5]Canadian electro-pop duo Purity Ring cracked the Top 40 on the Billboard 200 albums chart, appeared on several notable yeard-end lists and inspired numerous sonic imitators with its 2012 debut album, Shrines. In the wake of their commercial and critical success, vocalist Megan James and production wiz Corin Roddick arrived at a crossroads familiar to the select few artists blessed and cursed with success out of the gate: Repeat what sold or trust your audience to grow with you.

“We didn’t want to be redundant,” Roddick said in a recent interview. To label Another Eternity as redundant would be dismissive and unfair. However, the sound found within—James’s lovelorn twee vocals shrouded in the dense, thumping soundscapes Roddick supplies—should be instantly recognizable to the group’s fans. Another Eternity is Purity Ring, through and through. If you liked Shrines you will probably like Another Eternity. If not, you probably won’t. There’s no giant shift in direction or formula—just another dose to ingest.

That Purity Ring had difficulty moving beyond Shrines comes as no surprise. That record’s singles—the hypnotizing “Lofticries”, the disorienting “Belispeak” and the manic “Fineshrine”—set a high bar for whatever would come next. First single “begin again” answers the bell with the kind of massive, glistening synths in the chorus’ wake that, were Purity Ring playing festivals this spring, would send the kids into a sun-baked pogoing frenzy.

Elsewhere, the low-end on “bodyache” had me questioning whether I had mistaken the rumbling in my ears for the N train outside my apartment in Queens. James’s tear-stained pleas of “I wanna know what’s your quietest feeling” as the music fades provide the song with extra emotional depth. The sudden drop in the chorus of the gorgeous, cyclical “push pull” begs repeat listens. The lyrical themes that arise in these two tracks—relationship strife, emotional unraveling and resignation to one’s circumstances—pop up throughout the record.

At the album’s center is the aforementioned “begin again.” James’s repetitious use of the title phrase is in line with Roddick’s aforementioned comment about not being redundant on album number two. Sonically, the song pulses heavenward whereas other tracks here feature enough bass to burrow their way to China. A notable exception is “stranger than earth,” in which Roddick uses swelling synths underlined by handclaps to create a sense of euphoria that would feel at home if played before thousands under Coachella’s Sahara tent. The trap-influenced percussion of “dust hymn” serves as a reminder that, should Purity Ring fizzle, Roddick would be a sought after hip-hop producer, as his work with Danny Brown and Ab-Soul would attest. Not that I expect Purity Ring to fizzle anytime soon.

Another Eternity might not constitute a quantum leap, as sophomore albums go, but it cements the legitimacy of Purity Ring’s initial success and sound, and it hints at potential staying power. Now, whether the sales charts, year-end lists and starry-eyed imitators will come knocking again is another story. Those would be redundant developments that, save for the imitators, I’m sure Roddick would celebrate.