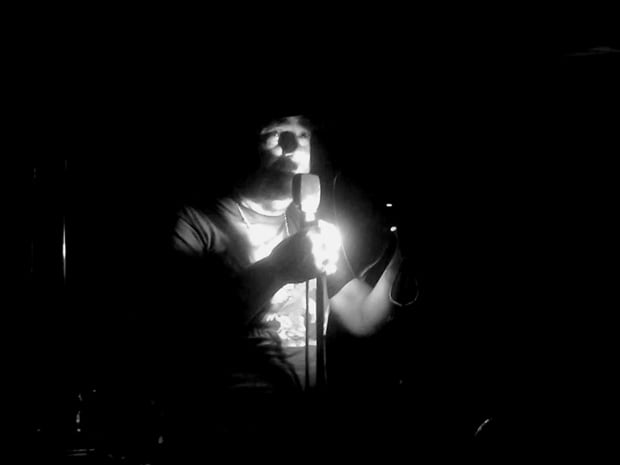 Your personal musical endeavors would likely pale in comparison if you produced classic albums such as Achtung Baby and So and helped legends like Bob Dylan and Neil Young get their groove back. Canadian wunderkind Daniel Lanois may have helped U2 and Peter Gabriel create mega-selling, career-defining albums, but he has also been quietly putting out his own albums since his 1989 debut, Acadie, a gentle collection of songs that showcase the musician’s knack for atmospheric sound and melody.

Based on his show, in front of a nearly sold out crowd at Portland’s Doug Fir Lounge, it was apparent that Lanois has moved onto less traditional song structures than those that populate his records from the late ‘80s into the ‘90s. His most recent album, Flesh and Machine, features no vocals whatsoever, but instead instrumental compositions that hearken back to the work Lanois did with Brian Eno in the early ‘80s. Only Lanois can look into the future by squarely affixing his gaze towards the past.

At the start of the show, Lanois asked that the house lights be turned off. Illuminating himself with a handheld lamp, clad in a black cap, faded Harley-Davidson T-shirt, thick rings adorning each finger, Lanois explained that he will be introducing his songs (calling it “old-fashioned”) and would be starting off the show with his newer cuts before moving onto songs from deeper in his catalog.

Lanois began the show with new tracks such as “Forest City” and “Sioux Lookout,” fiddling with a digital processor or playing mournful lap steel while drummer Kyle Crane and bassist Jim Wilson improvised over a pre-recorded backing track. The new music definitely has a harder edge than Lanois’ more ethereal early work. Crane punctuated the music with huge snare breaks and punishing tom-toms. Although Lanois and his band provided the “topping” (his words) to the already recorded tracks, this arrangement allowed him the opportunity to explore and push the songs to further extremes.

The vocal portion of the set served as stark contrast to the freak-out formations of the new songs. “I Love You,” “The Maker” and “Fire” felt positively naked in comparison. Lanois-playing his ‘50s-era Les Paul guitar-and Wilson sounded great when singing in harmony. However, I would have preferred to hear more songs with Lanois singing without accompaniment. He did give us an acoustic rendition of “Jolie Louise” with an unplugged guitar, but no matter how great these songs sounded, Lanois was clearly itching to get back to the Flesh and Machine tracks.

As a producer, Lanois has defied expectations, teaching old dogs new tricks, pushing his friends into more adventurous musical territory. For those expecting a retro set featuring music from Acadie, For the Beauty of Wynona and Shine, this current Lanois tour may be a letdown. But if you’re willing to embrace Lanois’ mercurial new sound, willing to go with him on the journey he promised in his opening monologue, by all means get yourself a ticket and see what one of rock music’s most forward thinkers has been up when left to his own devices.