When I was in college, the Modern Library selected its 100 Best Novels, and I decided to try and buy as many as possible. More than 15 years later, copies of The Day of the Locust and The Moviegoer remain untouched on my shelf. However, one book that I did read is one of the oddest tomes in my collection. While not an obscure title, my copy of Butler’s 1903 book (written between 1873 and 1884) is old, a grey, softback Modern Library edition whose precise age I can’t determine. The spine is coming apart, the threads fraying on the cover. I remember reading it on long train trips when I was living in Japan sometime in either 1999 or 2000. The only clue to the book’s age is an inscription written in blue cursive dated 12-25-25: “Alice, I don’t know whether this is any good or not. Find out for me, will you?” It is signed “GES.” I will never know who GES was or if Alice liked the novel or if she even read it. It is very likely they are both dead now. And yet, somehow, this book is now mine and sits on my shelf. What did it go through to end up in a used bookstore in State College? Who will have it after I’m gone? – David Harris

I throw things away with pathological fervor, but I will never let go of my two VHS tape set of Cecil B. DeMille’s 1956 biblical epic. I did not grow up religious, but when I saw The Ten Commandments on TV, I was enamored. I loved the enormous sets, the dancing snake and the way Anne Baxter (Nefretiri) said “Moses” like it was the most beautiful word in the world. I wanted to watch the movie over and over, whenever I wanted, so I asked for it for my eighth birthday. The VHS tapes were precious because there were two of them. I didn’t know movies were allowed to be that long. If anyone wants those tapes, they’ll have to pry them from my cold, dead hands. –Erica Peplin

Nearly lost in the midst of hundreds of random vinyl records my family owns is this oddity, part of a series from the ‘50s called Moods in Music which features companion pieces like Music for Reading and Music for Relaxation. The purpose of Dining is of course to provide couples, families and party hosts with an appropriate atmosphere for mealtime. The eight songs are generally mid-tempo and string-heavy, but the music itself isn’t what stuck out so much as the concept. The idea of orchestral records made to coincide with specific meals and/or leisure activities seems like Norman Rockwell’s mid-century artifice played out of a turntable. Although it sounds like a near self-parodying product of its time, it reminded me that there are 4K Blu-rays available that consist only of footage of a burning fireplace. Such Blu-rays will probably be a subject of one of these lists in 60 years. –Andy Barksdale

My college roommate and I took a class together during our senior spring about highbrow/lowbrow art in 20th century America. In one class, we learned that American music was so square when the Beatles crashed the charts in 1964 that the song they unseated was the French-language “Dominique,” by the Singing Nun. To this day, “Dominique” is still an inside joke for us. Naturally, one of the best gifts I have ever received was the soundtrack to the Debbie Reynolds film that capitalized on the success of the Singing Nun. It’s French nunnery music, and it sticks out like a sore, white-habited thumb in my collection, which is otherwise comprised of vintage soul and contemporary indie. I still have no idea how my roommate found it. – Zachary Bernstein 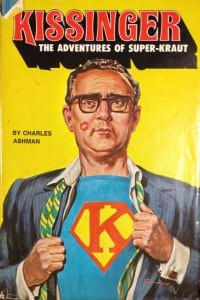 A few years ago I began ironically collecting books about Henry Kissinger. “Ironically” because I’m not the biggest fan. Most of them are generic biographies, but this 1972 satire stands out as unusual, if nothing else. The cover paints the ascendant national security advisor as a masterminding Superman, and Ashman likes to refer to him as “00Henry” for the world-hopping James Bond overtones. The book’s tagline plays up these comparisons: “Is it a hawk? Is it a dove? Is it a wolf? Yes, it’s Kissinger.” Pulp biography to the core, the book is light on insight and heavy on caricature, spending quite a bit of time on “Henry’s Girls” from Zsa Zsa Gabor to Marlo Thomas. While satirical, Ashman’s book captures a tongue-in-cheek reverence for the living myth who was part womanizer, all statesman and – no secret to anyone – a major player on the world stage.—Katherine Springer

Looking like a refugee flower child aboard a makeshift raft, the cover image of Bobby Brown does nothing to prepare the listener for his music. Closer inspection reveals the “raft” to be dozens of instruments lashed together, allowing for simultaneous performance of innumerable stringed instruments and primitive synthesizers. Even with a cursory knowledge of the individual instruments making up his musical Frankenstein, it would be impossible to accurately predict the sound they produce when played together. Even after listening, it’s hard to determine the source of many of the sounds. Like a mix of new age, world music, folk and avant garde horror scores, these decidedly outsider art songs are unlike anything else. Add to this Brown’s voice, an instrument purported in his handwritten liner notes to have a range of six octaves. From menacingly low rumble to stratospheric falsetto, it’s a bizarre approach that feels far removed from his post-hippie musings. In both voice and instrumentation, Brown’s style is truly not of this world. Fascinatingly strange and frustratingly rare, his private press album is worth the price of admission. –John Paul 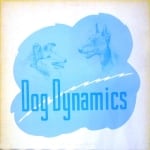 I could answer this with a different album every day. Ever! Let me tell you about the most unusual album I picked up last week. This private-press album includes a 28-page manual (missing in my copy) and supposedly teaches you how to train your dog. But the instructor has an alarmingly robotic voice (ironically reminding the listener that your dog “has feelings and is not a robot”) made even more jarring by the bouncy ‘70s library music played between lessons. The instructor’s tone is unsettling whether he’s meting out praise or punishment, his “Good boy!” and “Down boy!” recorded so well you’d think he was in the room barking out orders. I plan to try it on my brother’s dog. It sure freaked out my cat, though I haven’t yet played it A Child’s Cry: A Clue to Diagnosis, released by a pharmaceutical company in 1971 to promote penicillin. That’s the most unusual record I got this week. –Pat Padua

In an unassuming rare book shop in Emmaus, Pennsylvania, I found this beautiful hardback volume that collects three short stories later republished in Brodkey’s mammoth 1988 collection, Stories in an Almost Classical Mode. Brodkey had been publishing stories in The New Yorker throughout the ’70s and ’80s, but this was a tantalizing peek at what was to become his first book since his 1958 debut, First Love and Other Sorrows. This edition is notable for a brief preface by the author which to my knowledge has never been reprinted. It concerns the role of Judaism in his life, both as a child and an adult, and contains some of Brodkey’s most direct writing about his ethnicity. The mint condition book is housed inside a sturdy slipcase and is one of my proudest showpieces. –Seth Katz

There are weird authors, there is weird music and there’s this album standing at the nexus of both. Just reading Burroughs’ work is enough to induce fever-sweats and surrealistic nightmares. Yet it amounts to nausea-inducing terror to hear his grizzled drone-yawp recite these 17 vignettes over avant-garde music from John Cale, Sonic Youth and others that alternately evokes classic ‘60s soundtracks and spook-house motifs. Through beef jerky vocal cords, Burroughs chronicles urban dread, delivers a satirical Thanksgiving prayer outlining the worst of America’s underbelly, describes syrup-sucking Mugwumps and their secretion-addicted junkies and predicts the End Times with unrivaled authority. If Kafka’s Gregor Samsa could speak in his insect form, it would be this voice slipping from his mandibles. And if Samsa hosted a 3 A.M. radio show, this is what you would hear through your car speakers as you drove amid the wreckage of Americana decay.—Cole Waterman 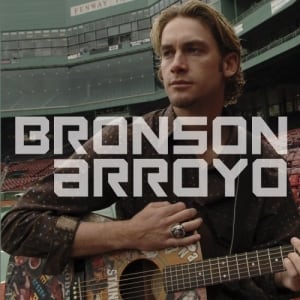 As a Red Sox fan, I was still suffering from a World Series hangover in 2005, because that’s the only way I can justify buying this album. Arroyo, a pitcher on the 2004 championship team, was known to bring his guitar on road games and entertain his teammates. This collection of what I assume are his favorite songs is pretty entertaining. There’s no rhyme or reason to the track list beyond its homage to the ‘90s. Songs range from grunge staples (Pearl Jam’s “Black,” Stone Temple Pilots’ “Plush” and Alice in Chains’ “Down in a Hole”) to forgettable alt-rock garbage (Goo Goo Dolls’ “Slide,” The Verve Pipe’s “The Freshman” and Vertical Horizon’s “Best I’ve Ever Had”) and everything in between. Arroyo re-creates the songs in form and function, but they’re not interpretations or renditions so much as carbon copies. It’s as if Arroyo piped in all the songs’ original instruments and just replaced the guitars and vocals with his own—the latter of which sound like a mix of Scott Weiland and Scott Stapp. Hilarious and infuriating, Covering the Bases isn’t the rarest thing I own, but it’s the most confounding. —Michael Danaher

We had only been dating for a month. I was meeting her older brother and his wife for the first time and working on a first impression. So it startled me when my date mentioned I had a keen interest in obscure films. I glared.
Their interest coaxed me to retrieve the bonus disk stuffed into Palm Pictures’ collection of work by music video director Chris Cunningham. I pressed play. My date’s family settled into the opening shot, which I recognized as a condom, quickly stuffed with a flaccid penis. I saw no sign of recognition on their faces. From there, a naked, deformed man with a head the size of a plump turkey leaned back in a wheelchair fluttering his tongue as flashes of lasers, techno music, karate hands and raw meat slapped against the camera lens. I later learned that the raw meat was at least partially filmed using the director’s scrotum. When it finished, the room fell silent for far too long a pause.