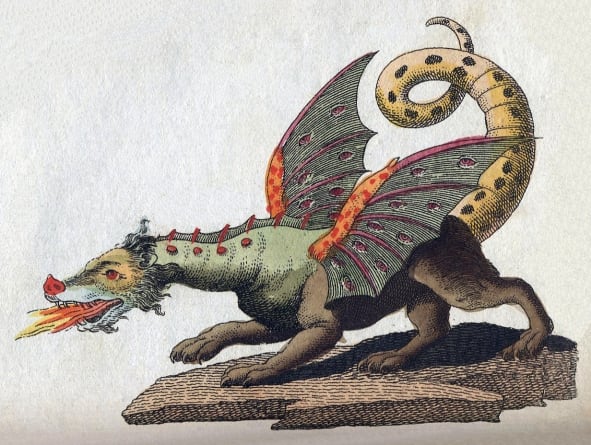 Laurin Rinder and W. Michael Lewis were a prolific disco production team in the late ŌĆś70s. So why not enlist them to provide the soundtrack to a television series dedicated to hunting down the likes of Bigfoot and the Loch Ness Monster? Spectrum Culture launches this monthŌĆÖs mixtape with music that may trigger a certain visceral response to anyone who grew up with Leonard NimoyŌĆÖs pageant of the unknown.

The eight-and-a-half-minute ŌĆ£OrionŌĆØ doesnŌĆÖt contain a single word, but that doesnŌĆÖt make it any less mythical or a beast of a creature in its own right. Between a pulverizing first half and a heavy, thrashing finale, ŌĆ£OrionŌĆØ briefly settles into silence before a hazy, space-like sequence unfolds sounding like the Allman Brothers Band crawling out from hell. With solos from James Hetfield, Kirk Hammett and, most notably, the late Cliff Burton, it contains some of the bandŌĆÖs most proggy, other-world moments without uttering a syllable.

The legend of Sasquatch has inspired hours and hours of bad movies, but only a handful of musicians have dared proclaim its mystery in song form. Featuring ŌĆ£authentic Bigfoot screams,ŌĆØ recorded by noted hoaxer Ray Wallace, Don Jones recorded a whole album dedicated to the hairy beast, but even he could only come up with one side of actual Bigfoot themed music. So for his albumŌĆÖs B-side, he sang standards, including a deadpan ŌĆ£Unchained MelodyŌĆØ thatŌĆÖs guaranteed to make the hairy one stay in hiding forever.

Fans of the Police even felt trapped between the Scylla and Charybdis. For all of the bandŌĆÖs excellent songs, there are just as many duds, sonic failures and throwaway tunes that are doubly frustrating considering that Sting, Andy Summers and Stewart Copeland were capable of writing things such as ŌĆ£So LonelyŌĆØ and ŌĆ£Walking on the Moon.ŌĆØ ŌĆ£Wrapped Around Your Finger,ŌĆØ from the bandŌĆÖs 1983 swan song Synchronicity, is one of the bandŌĆÖs best, beguiling and haunting, two adjectives Sting tried to perpetrate often in his solo work, but could never rarely scale the heights of songs such as this one.

Andrew Bird songs are typically built from the ground up, and though 2007ŌĆÖs ŌĆ£Scythian EmpiresŌĆØ is no different, it comes across as one of his most complete, straightforward moments. Above acoustic arpeggios, the plucked chirp of his violin and delicate keyboard and piano, Bird finds his voice while whistling melodically like a fluttering a bird and singing of crumbling empires, both modern (ŌĆ£Their Halliburton attach├® cases are useless/ While scotchgard Macintoshes shall be carbonizedŌĆØ) and ancient (the Thracians arenŌĆÖt frequent enough song subjects). Few people can paint such a bleak picture and make it sound so beautiful.

With that horrendously huge snake slithering around Mr. SweatshirtŌĆÖs video, ŌĆ£GriefŌĆØ could be the slippery incarnation of the King of Snakes: the Naga. But between Sweatshirt reaching for the Xanax and falling into darker spirals of insanity over the fractured beat, ŌĆ£GriefŌĆØ is a sonic reading of a Wraith. Not the type that screeches at Hobbits, but the ghostly mummer that ripples in the wake of a suicide.

7. Nick Cave and the Bad Seeds- ŌĆ£Fable of the Brown ApeŌĆØ

Leave it to Nick Cave to write a song about an odd topic and make it sound like mythology. On the same double album, he incorporates Eurydice and poor Orpheus in a song that rhymes his name with the word ŌĆ£orifice.ŌĆØ But on ŌĆ£Fable of the Brown Ape,ŌĆØ the song that closes out Abattoir Blues, Cave imagines a nightmare scenario of serpents suckling on cows and a brown ape that flees into mountains, rattling its chains for all the townsfolk to hear.

The DecemberistsŌĆÖ ŌĆ£MarinerŌĆÖs Revenge SongŌĆØ is a mini Odyssey unto itself, a tale revolving around a narrator seeking to avenge the romantic and financial mistreatment of his mother at the hands of a whaler captain. ŌĆ£Find him, bind him, tie him to a pole and break his fingers to splinters,ŌĆØ the boy is instructed from his momŌĆÖs death bed, and years later he finally hunts the whaler down at sea. Before punishment is inflicted, by ŌĆ£divine intelligenceŌĆØ the narrator and the accused find themselves in the belly of a whale, the sole survivors of an attack from the ocean animal, where the captain is promised that the narratorŌĆÖs voice will be ŌĆ£the last words youŌĆÖll hear.ŌĆØ

It is perhaps understandable that Bigfoot captured the imagination of would-be country music singers. History has not seen it fit to document what became of Mr. North or what drove him to release this novelty 45 about a horrifying and terribly smelling kidnap artist. But his name lives on among connoisseurs of cryptozoology as the auteur of one more terrible novelty record that capitalized on a short-lived Bigfoot craze.

Buried among the explosive songs on Accelerate, ŌĆ£Sing for the SubmarineŌĆØ is a dark, minor-key miracle that simmers and glowers, an anomaly in much of the catalog of late-era R.E.M. On top of Peter BuckŌĆÖs urgent guitar work, Michael Stipe appears to be taking stock of the bandŌĆÖs career, citing songs from oeuvre heavyweights like ŌĆ£So. Central Rain (IŌĆÖm Sorry)ŌĆØ to minor tunes such as ŌĆ£Electron Blue.ŌĆØ However, Stipe drops some obscure references, but is he talking about Clash of the Titans or Blade Runner? Both films run deep in the mythology of those who grew up in the ŌĆś80s.

For some reason, I donŌĆÖt think the dragon Brett Anderson is chasing here is the mythological one. The opening salvo from SuedeŌĆÖs self-titled debut, ŌĆ£So YoungŌĆØ features the best of the band: AndersonŌĆÖs keening, emotional vocals and Bernard ButlerŌĆÖs soaring guitar work. It is a masterwork in sentiment and suspense, music from a band that deserved the accolades heaped upon Blur and Oasis, but never quite received.

WolfeŌĆÖs original recording of ŌĆ£DemonsŌĆØ (then titled ŌĆ£Bounce House DemonsŌĆØ) was a buzzing, lo-fi horror, but when she re-recorded it for Apokalypsis, it grew some muscles. A thrashing drum kit joined WolfeŌĆÖs alto howls as she proclaimed ŌĆ£love is pain,ŌĆØ and the titular creatures seeped into every note. It wasnŌĆÖt Wolfe at her darkest, but it was her most ferocious, as she furiously spewed hellfire.

QOTSA usually coat menace in seduction, but thereŌĆÖs no pretense here. Turns out that the Big Bad Wolf is a big fan of slicing guitars and Josh HommeŌĆÖs creepy croon. The song closes with a chilling smile as Homme sings ŌĆ£so glad you could stay foreverŌĆ”ŌĆØ a terrifying hint from the band: stay on the path–or else.

What? Ric Flair is totally a mythical creature: look at that majestic white hair, the steroid ravaged body, the ego that could rival Zeus. Mike uses Flair as the primo example of confidence and excess, the sort of swaggering ideology needed to survive the streets of Atlanta. As brilliant rant after brilliant rant tumbles down from recordings of Flair in his prime, itŌĆÖs clear that Mike and the King of WrestleMania are crafting their own myths as we speak.

Radio personality Rick Dees launched a minor empire of novelty records with the 1976 ŌĆ£Disco Duck,ŌĆØ which hit number one on the Billboard charts. Apparently, the tall and hirsute creature was a less popular subject for discofication, despite the bass baritone (aka slowed down vocal track) cast in the leading role. It reached a mere 100 on the bubbling under charts, perhaps in deference to the mythical creatureŌĆÖs storied camera shyness.

Any musical conversation about the mythical or mystical pretty much has to start with Led Zeppelin, something they reference clearly with their late-career gem, ŌĆ£Achilles Last Stand.ŌĆØ Though named for an injury Robert Plant sustained in a car crash, lyrics like, ŌĆ£The mighty arms of Atlas hold the heavens from the EarthŌĆØ are quintessential Zeppelin. And by combining the driving intensity of ŌĆ£The Immigrant SongŌĆØ but with layers upon layers of machine-gun riffs thanks to Jimmy PageŌĆÖs multiple guitar tracks, itŌĆÖs one of the songs that earned the band its mighty name.