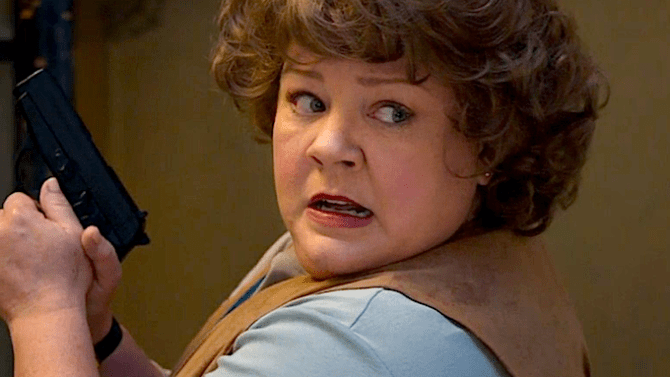 Spy is exactly what we’ve come to expect from the people involved.

With Bridesmaids, Paul Feig entered a new phase of his already impressive career. His first hit film (after extensive directing for TV) was a female-centric response to the male-targeted gross-out comedy. Subsequently, Feig directed two more comedies that feature Melissa McCarthy and other funny women in prominent roles usually reserved for men. The latest of these, Spy, is certainly admirable in that regard, but the film, like many American comedies of the last decade, is far too long—at two hours, it overstays its welcome by at least 30 minutes.

McCarthy plays Susan, a mild-mannered CIA agent relegated to a desk, where she feeds instructions and information into the earpiece of field agent Bradley Fine (Jude Law). After a leak that compromises the identity of every field agent, the unknown Susan volunteers to step in and complete Bradley’s mission. It turns out that Susan aced training 10 years ago, but she was kept out of the field by a competitive Bradley. Nothing about the plot is particularly funny; it’s just a vehicle for gags and one-liners and extended riffing, not to mention some underwhelming action set-pieces. The spy elements are played straight, and the story is at once highly convoluted and totally uninteresting. Spy only really manages to be clever when Susan repeatedly stops outside forces from killing or otherwise compromising her targets, which would prevent her from completing her mission of finding the nuclear device.

What’s most frustrating about Spy is how it constrains much of its talented supporting cast, saddling them with functional, expository dialogue (especially in the case of Allison Janney’s CIA Director), or otherwise giving them little to do (as with Law or Bobby Cannavale as the villain). Rose Byrne has garnered praise for her role as a spoiled socialite, but though she gives her all—as she did in the much funnier Neighbors—Feig seems to have mistaken sheer unpleasantness for humor, and her character is intensely grating.

The other comedic leads are given much more freedom to ad lib. Jason Statham delivers a wonderfully self-effacing comic performance as an agent who takes everything he does to an outrageous extreme. The film’s funniest scene has Statham listing his accomplishments, which include reattaching his own severed arm and parachuting off a skyscraper using nothing but a raincoat. His character, however, is extraneous to the plot.

What made The Heat work in spite of its shortcomings was the chemistry between McCarthy and her co-star, Sandra Bullock. Here, McCarthy has a lot of people to play off, but she mostly goes it alone. Her best friend, Nancy (Miranda Hart), plays an increasingly prominent role in the film’s second half, but she’s not a foil for McCarthy so much as an equal partner—and their dynamic quickly becomes shrill. As for McCarthy herself, she becomes a much stronger presence as the film progresses, eventually transforming into the brash foulmouth we know so well.

All in all, Spy is exactly what we’ve come to expect from the people involved. Rodent feces are accidentally consumed, CGI vomit spews in slow motion, Jason Statham falls down and crude one-liners are delivered like a pillowcase full of bricks swinging at your head. But as in The Heat, Feig proves hopelessly inept at genre fare; the action half of this action-comedy is loud, excessively violent and never engaging or suspenseful—or even visually interesting. Within reason, it’s fine to put funny people in front of a camera and just let them go, but there’s value in crafting a tight, balanced screenplay, too. Lacking that, Spy’s success is intermittent, and ultimately not worthwhile.