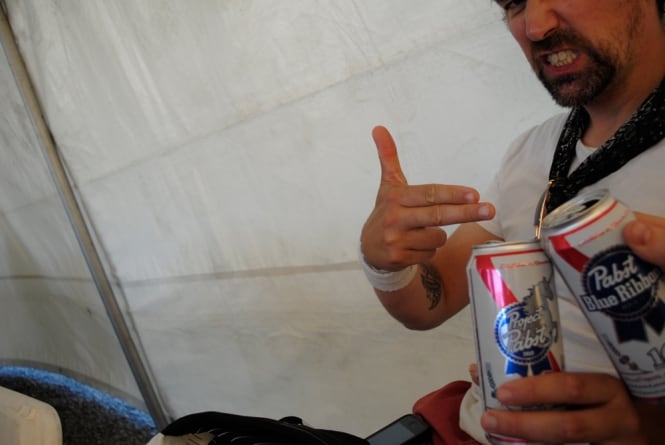 Be a Part of the Dream.

Be a Part of the Dream. We’ve seen the flyers and posters around town for months now, Project Pabst is back! It’s strange that in a town full of craft beers and craft beer lovers, Pabst Blue Ribbon still flows fruitfully both on tap and from tall boys at house parties and hipster bars. So, it makes sense that the makers of PBR picked Portland as the spot for its inaugural festival last fall, featuring Tears for Fears, Modest Mouse, GZA and Violent Femmes, just to name a few. What doesn’t make sense was moving the festival to July, especially this July which has offered up numerous, unusual 100+ degree days. This past weekend was no exception. Even Deborah Harry complained about the triple digit temps, and often, during her headlining Blondie set. 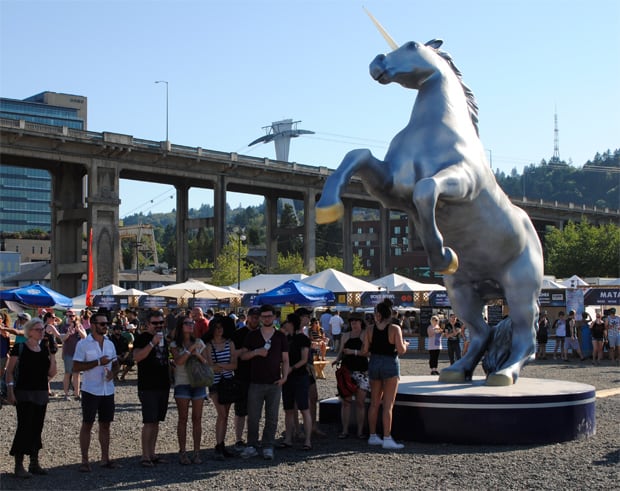 Rumor has it that the Zidell Yards, the same patch of scorched earth where the festival was held last year, has been sold to developers. I say good riddance. The festival is fun, but who wants to watch live music in a gravel pit with no shade? Sure, water was ample and available for free refill (unlike some other outdoor festivals here), but how can you enjoy rocking out to a 3:30pm Against Me! set when you have to stagger away every two or three songs to avoid sunstroke, seeking out shade like a panting dog? Was the blazing sun the reason the whole thing felt undersold? Sure, by the time Weezer closed out the weekend on Sunday night, plenty of folks had shown up, but it still didn’t feel like enough people came out to fill in the vast maw of the festival grounds. 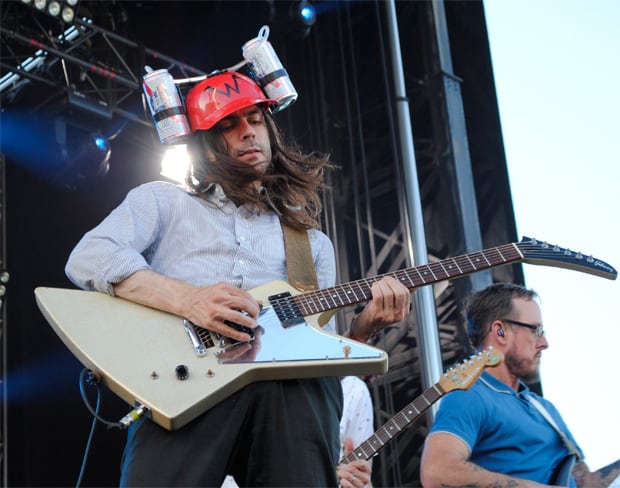 Even though the festival ran from 1pm to 9pm each day, I could only stand the sun for so long. Here’s a rundown of the sets I did manage to catch, an eclectic mixture of bands currently hot and legacy acts that still know how to rock out. 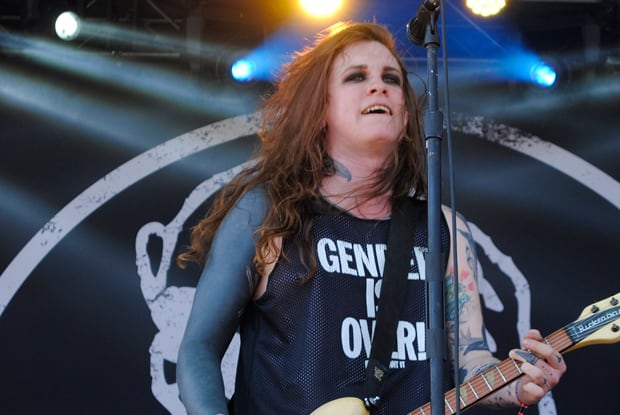 Laura Jane Grace didn’t give one shit about the hot weather, blazing through an hour long set that leaned heavily on newest album, Transgender Dysphoria Blues. Wearing a black T-shirt emblazoned with the words “Gender is Over!”, Grace was every bit as fiery on-stage as when playing a club late at night, long hair covering her face for most of the set. Even as much of the crowd retreated to the air-conditioned arcade to play Q*bert before the set ended, Grace and band rewarded fans with “Thrash Unreal” and “The Ocean” deep into the set. 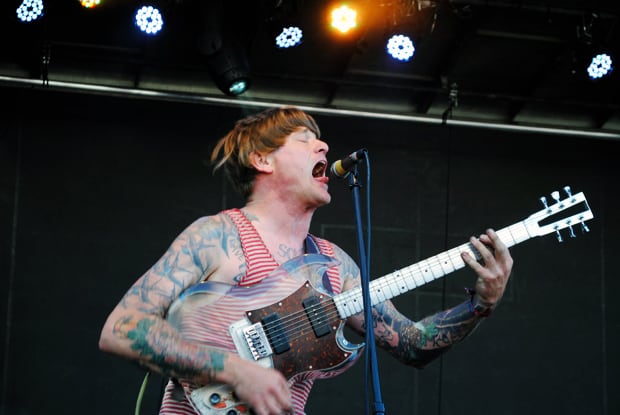 John Dwyer is a fucking maniac. He’s the type of musician who wears his guitar up high and isn’t afraid to rock short shorts if it’s too damned hot. With most of the second stage in the shade at this point, he didn’t have to sweat it out like Laura Jane Grace, but Dwyer burned through his hour with his head thrown back, tongue out in blazing rock ‘n’ roll glory. 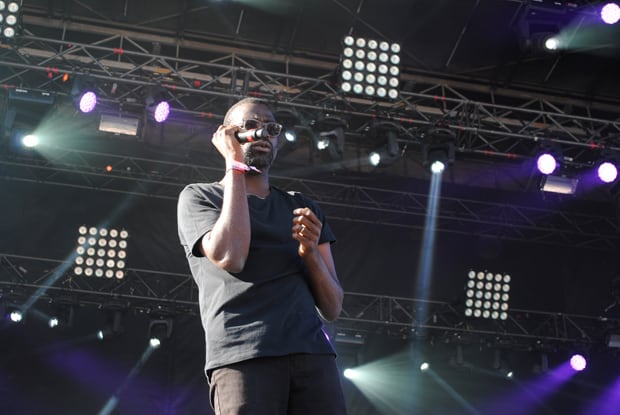 It’s hard to believe that TV on the Radio is a veteran now in the indie rock scene. Doesn’t matter. They still put on one hell of a show. Kicking off the set with “Young Liars” was a nice touch. Tunde Adebimpe glistened and sweated in the sun, but Kyp Malone looked cool and collected under his giant beard. “Wolf Like Me” sounded great from the shade of the media tent. “Staring at the Sun” was a nice choice. 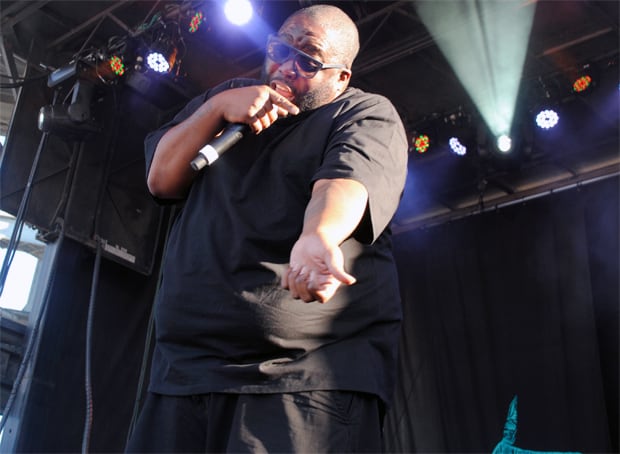 Killer Mike and El-P make their eternal victory lap. These are not small guys and they both were sweating within minutes of hitting the stage. Didn’t deter them. El-P gave a shout-out to a dust cloud while Killer Mike anchored the performance with his no-nonsense MC skills. These guys complement each other perfectly, and as the only rap act they absolutely killed it. Fuck PBR, these killers were (legally) smoking weed! 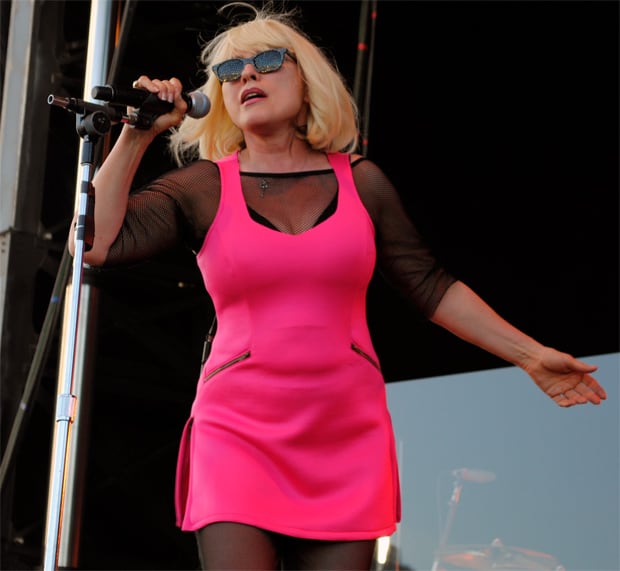 Deborah Harry recently celebrated her 70th birthday. Deal with it. She and Blondie closed out the first night with a killer set, featuring a good number of hits with a few newer numbers mixed in. They started with “One Way or Another” and it only got better from there, including a snippet of “(You Gotta) Fight for Your Right (To Party).” The sun thankfully set in the middle of the performance and we could all enjoy the music. Harry is with it, randomly shouting out “420!” at one point in the set. Her voice may be an octave lower, but this was a great set to end the night. 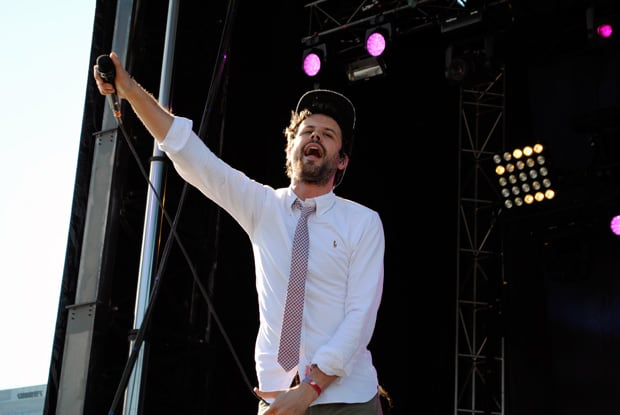 Showed up later today to avoid sunstroke. Still couldn’t make it through more than four songs of Passion Pit’s set before beating a retreat to the sno-cone vendor. That’s fine. Michael Angelakos sounded like Miss Piggy on acid. And that’s not a good thing. 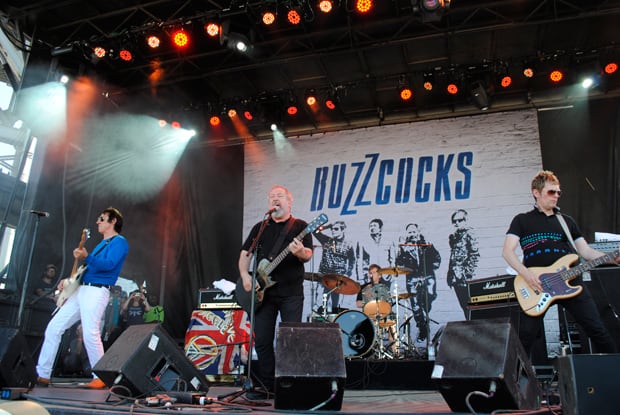 MVP of the weekend goes to Buzzcocks who played an amazing hour of music. Shit, these guys could have just played Singles Going Steady from front to back and I would have been thrilled. I am just super happy that I finally got to hear “Orgasm Addict” played live. That was one of the weirdest sentences I’ve written in a long time. 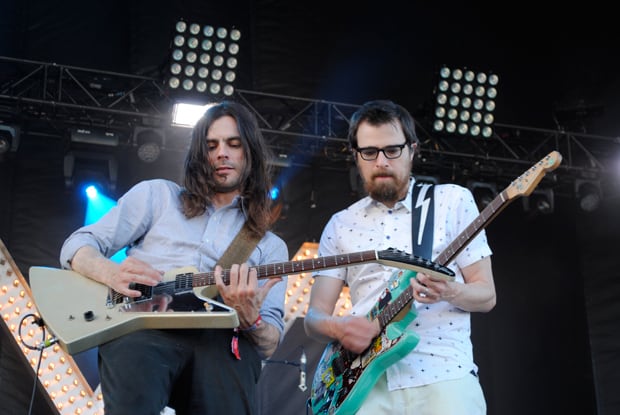 Oh, Weezer. I hate to love you and love to hate you. You started out so well by playing “My Name Is Jonas,” “Hash Pipe” and “El Scorcho.” It almost made me forgive you for playing “Beverly Hills” and the loathsome “Memories.” So for every “Surf Wax America” and “The Good Life,” we had to endure a “Troublemaker” or “Perfect Situation.” One of my fellow writers asked just what is it with Weezer. Do they purposely want to suck lately? Well, when Rivers Cuomo was writing the songs from the first few albums, he was still in the right age range to feel angsty. Now it’s just a matter of not knowing what else to do. Ending the festival with “Buddy Holly” was fantastic, as was watching all the middle-aged folks—who were teenagers when the song came out—dancing along with it.