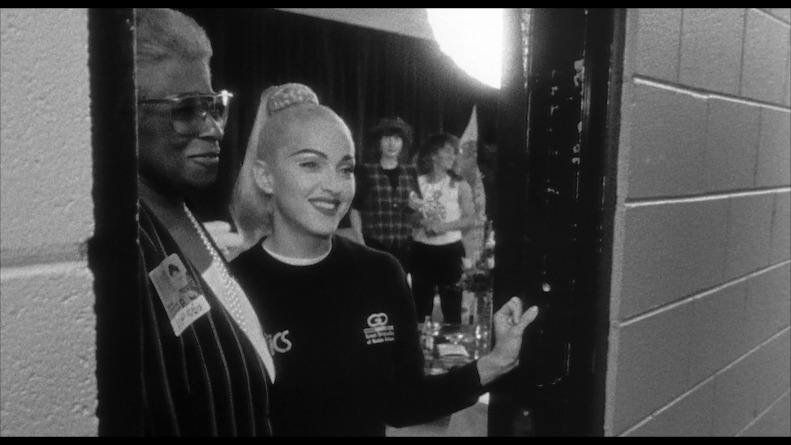 Truth or Dare is lewd, rude and more authentic.

Twenty years before Justin Bieber: Never Say Never and Katy Perry: Part of Me, a two-hour, black-and-white documentary about Madonna was the highest-grossing documentary of all time. Following the pop icon on her 1990 Blonde Ambition World Tour, Madonna: Truth or Dare took viewers to the diva’s doorstep and allowed a peek inside. Entrance itself was forbidden. As director Alek Keshishian shows through intimate footage of Madonna on stage and off, a certain amount of unknowability is a key characteristic of the global superstar. Unlike the recent Justin Bieber and Katy Perry documentaries, soaked in PR-sugar, Truth or Dare is lewder, ruder and more authentic.

There is something endlessly fascinating about the gulf between a celebrity’s’ screaming fans and their necessary moments of solitude. Keshishian captures both on the same afternoon when pedestrians chant Madonna’s name outside her hotel room window while she sits in the luxury suite inside. The shouts are audible but Madonna’s face is blank. She checks her makeup and reads the mail. Scenes like this offer up a surprisingly nuanced portrait of celebrity.

Fame is conventionally understood as pure gain. It’s the addition of money, friends and ease to a hitherto “regular” lifestyle, but as Keshishian thoughtfully conveys, fame is also loss. Madonna may have earned worldwide recognition as a music star, but she’s lost the person she used to be and the connections she once had. When Madonna’s brother Marty visits her backstage, she is kind but she treats him like he’s miles away. While he’s been in out and of rehab, she’s been working 18-hour days and traveling the world. It’s hard to believe they grew up in the same Michigan home.

The documentary doesn’t glamorize Madonna into some posh or unaware princess. The film opens on a humble voiceover as the singer prepares for the grief to come once the tour is over. The film has barely begun and it’s already preparing for an end. It gives the opening the quality of a memento mori. The monologue is made increasingly paradoxical because it happens inside a five-star hotel room. As hard as it is to anticipate sadness in a room full of plush pillows and room service, it’s clear that no fame, fortune or concert tour can stave off the simple sorrows that come with being alive.

Not surprisingly, Madonna’s success is built upon her unyielding perfectionism. While preparing on stage in a bomber jacket and sunglasses, a microphone squeals. Madonna crosses her arms and says the sound needs to better or she’s “not doing a show.” She demands the best and she’s not shy about vocalizing it. At the same time, she carries herself with the lightweight, pleasure-seeking attitude of a pot-smoking prom queen. Madonna is, in many ways, the woman we all long to be. Truth or Dare is interspersed with live performances, and Madonna dominates the stage with charisma, talent and artistry. Perfectionism pays off.

The dancers and Madonna’s support staff play a special role in the film. She cultivates a unique bond with them, calling them her children in one scene and playfully flashing them in the next. In another scene, one of the dancers is reunited with the father who doubted his career choice. Later, Madonna’s assistant shares an experience of date rape. There is darkness in the world but it all seems to exist outside the tour, which takes on a magical quality for those lucky enough to be a part of it.

Cameos include Madonna’s then-boyfriend, Warren Beatty, her crush, Antonio Banderas, her friend Sandra Bernhard and celebrity concertgoers Matt Dillon, Kevin Costner and Al Pacino. It’s entertaining to see these stars in Madonna’s presence. Beside the shining ray of light that is Madonna, they barely seem like celebrities at all.

In one of the documentary’s final scenes, all the people who made Madonna’s tour so memorable open up about their boss’s worst qualities. “She’s impatient,” one of them says, “She puts up barriers.” Another says, “Nobody’s honest with her because everyone wants to give her what she wants.” It’s a bold scene and it’s one of the best in the film. Indeed, Truth or Dare humanizes Madonna like nothing else has, watching her closely when most stars would have said, “Turn off the camera.”

It goes without saying that Madonna remains a powerhouse of pop culture. According to Guinness World Records, she’s still the best-selling female recording artist of all time. This year, her 13th studio album, Rebel Heart, was released to reasonably positive reviews. Her hallucinogenic “B*tch I’m Madonna” music video epitomizes the current trends of electronic pop. Madonna’s ability to maintain relevance (and a trim waistline) makes a revisit of Truth or Dare practically essential. Even 24 years after its release, the film proves as lastingly significant as its star. 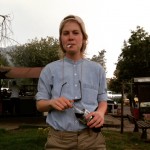