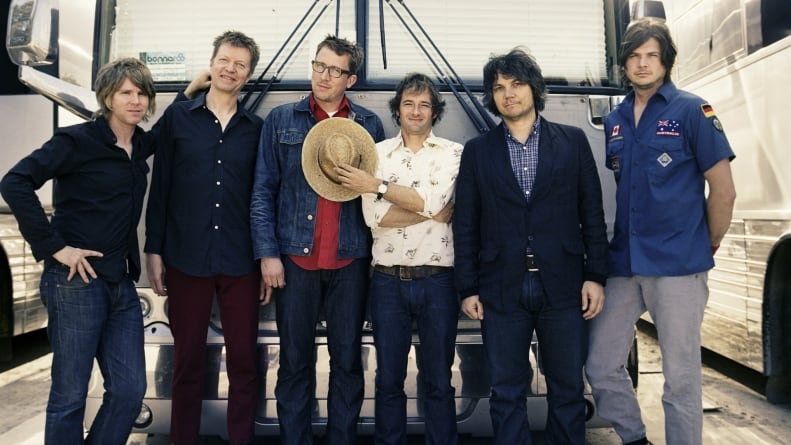 It’s better to have a living, happy Tweedy writing good songs than a dead Tweedy remembered for a handful of great ones.

In his review of Star Wars, Spectrum Culture writer Kevin Korber summed up Wilco circa 2015 so well that I must quote him directly: “Friends, it’s time to let go of the notion that Wilco was ever an innovative, game-changing musical force.” Despite releasing a series of more or less solid albums since the band’s last great gasp in 2004 (A Ghost Is Born), the current and longest-running iteration of Wilco is a well-oiled machine, tuned to play crowd-pleasing songs to large audiences. Let us not forget that Jeff Tweedy’s best music sprang from a period of depression and inner squabbles with his bandmates. It’s better to have a living, happy Tweedy writing good songs than a dead Tweedy remembered for a handful of great ones.

These days, a Wilco concert is a feel-good affair, perfectly suited for a summer night, a beer and a place where you can sprawl out on the lawn and watch between sips, getting up to dance when a particular favorite is played. Devoted fans, young kids excited to see the band for the first time and one inebriated woman behind me whose boyfriend kept his hands firmly planted on her tits throughout the night, mobbed the pit at the band’s Bend concert. However, most of the crowd relaxed on the venue’s hilly lawn overlooking the scenic Deschutes River.

At the risk of alienating its fan base, Tweedy and Wilco pulled a pretty ballsy move to start the show, playing Star Wars from front to back. Released just a few weeks ago as a free download (with physical copies forthcoming), Star Wars has received mostly strong reviews with critics claiming that the band sounds energized, fresh and in the mood for exploration. Tweedy, looking more like Steve Earle in his thick glasses, cowboy hat and graying beard as he inches towards 50, seemed to revel in the new music. It was an interesting gambit, one that relied on the crowd’s patience and eagerness for new material. If the album is out there for free, why wouldn’t everyone know each song by heart?

I’ve heard from numerous friends who saw Wilco recently and the decision to play Star Wars straight through divided them down the middle. Many of them loved hearing the new material and watching as the band played the songs for the first time. Others, those who consider the band’s heyday a decade and a half ago, grew impatient with 40 minutes of new music, getting bored and wanting to hear some recognizable songs. At the Bend show, people began losing interest during the slower new songs, their chatter getting louder than the music at some points. Forty minutes without a hit treads on goodwill, and not being totally familiar with Star Wars, I also felt my attention begin to wander. But that’s just 10 songs and these Wilco shows have been generous, with setlists pushing upwards of 30 numbers. When the band finished Star Wars and launched into “Company in My Back,” the crowd shut up and sang along. In some ways, it felt as if the party really started.

With two decades (plus Uncle Tupelo material), Tweedy has a tremendous wealth of songs to draw upon for his sets. This isn’t an arena show putting on the same concert night after night. What we got in Bend varied greatly from what the folks in Portland got the night after. This is also a band willing to experiment with old favorites. “Kamera” was recast with a chunky rhythm while drummer Glenn Kotche had permission to go crazy with a startling drum freak-out right in the middle of “Via Chicago.” The set leaned heavily on songs from Yankee Hotel Foxtrot and A Ghost Is Born, cherry-picking from other albums but never delving back earlier than Being There (though the Portland crowd got stuff from A.M. and even Uncle Tupelo). Other stand-outs included a soaring version of “Impossible Germany,” the always sweet “Jesus, Etc.” and an appearance by old favorite “Sunken Treasure.”

Despite the virtuosic guitar work by Nels Cline, I would still rather see Tweedy solo these days. There is a looseness to those performances that doesn’t exist at a Wilco show, which seem to be all business. Tweedy’s banter is one of the best parts of seeing him play live and there appears to be an unspoken pact amongst the band members to limit his crowd interaction lest he lapse into talk of farting or shitting his pants as he is wont to do when solo. Banter at the Bend show was limited to Tweedy’s amazement that security wouldn’t let folks lean on the barrier and making fun of Mumford & Sons fans.

The biggest surprise came during the encore when the members of Wilco returned, huddled at the front of the stage with acoustic instruments (including a banjo) and played three stripped-down songs. Leading off with “Misunderstood,” Tweedy turned a song that he once used as a cathartic, screaming invective (“Thank you all for nothing at all”), into something more gentle. It’s the perfect metaphor for the evolution of Wilco from representation of Tweedy’s inner demons to being comfortable in its own skin. That was evident in the sheer joy that existed amongst the musicians on stage and the legion of fans who watched them, singing along to every song that didn’t come from Star Wars on that hot summer night.