Not every pop record needs to challenge societal perceptions, alter the industry or push the sociopolitical conversation forward.

The feat accomplished by Carly Rae Jepsen and her 2012 smash hit “Call Me Maybe” is an increasingly rare one. In a popular music culture splintered by sub-genres and idiosyncratic tastes, “Call Me Maybe” achieved near-perfect pop singularity. The song was universally beloved by audiences and critics alike, effortlessly procuring an enduring spot in the celebration band and DJ pantheon within months of its release. This accomplishment only makes the complete apathy towards Jepsen’s 2012 full-length Kiss all the more confusing. Other than a guilty pleasure collaboration with fellow also-ran Owl City, the album generated no additional hit singles, and Jepsen quickly entered the conversation for reigning one-hit wonders of the decade.

Jepsen’s follow-up Emotion could and should be the record to reverse such a criminally unfair oversight. Quite frankly, Emotion is one of the best pop records of the year and perhaps of the last few years. The standard for the truly great pop album can be boiled down to two elements – innovation and consistency. Though the two qualities often move in conjunction with each other, they can certainly also be mutually exclusive. Where Emotion lacks in the former, it more than compensates in the latter. Any pop record can contain two, three or maybe even four stellar tracks. What’s far more uncommon is a twelve-track LP that offers a nearly flawless run of compelling and endlessly listenable gems, even long past the established hits. “Warm Blood” and “L.A. Hallucinations” are two late-album weaklings, but, hey, nobody’s perfect. Emotion is one of the best lost greatest-hits packages from the 80s, just waiting to be discovered.

The album is a superlative collection of synth-indebted, beat-heavy dance pop. Its closest musical precedent is easily Taylor Swift’s well-regarded 1989, a record whose composition Emotion frequently imitates. There’s the stomping and rolling, swooning slowburner “Gimmie Love,” the parallel to Swift’s own “Style.” There’s the maddeningly catchy first single, “I Really Like You,” that mirrors Swift’s “Shake It Off” as its repetitive hook bores its way into your cerebellum. And then there’s the winkingly self-aware confessional of the singer’s own romantic travails; Jepsen fills in Swift’s “Blank Space” with her “Boy Problems.” But Jepsen doesn’t balk at borrowing from other artists, as well. Musically, “Boy Problems” is essentially a rewrite of Bruno Mars’ “Treasure,” which in turn was a facsimile to Michael Jackson’s “P.Y.T.” The Sia-penned “Making the Most of the Night” could have sounded right at home on Sia’s own 1000 Forms of Fear but is anchored here by a frenetic lyrical delivery that couldn’t be managed by Sia’s mumble-mouthed style.

As Jepsen demonstrates so excellently on Emotion, contemporary pop music is a process of endless recombination, the recollection of familiar sonic sensations and lyrical cues designed to elicit communal recognition. Familiarity is deeply instilled in the bass slapping on “Let’s Get Lost,” the Belinda Carlisle rush of closer “When I Needed You” and the canned yet strangely epic sax solo on opener “Run Away With Me.” What Emotion manages to do so exceptionally well is strip the aesthetics of other artists down to pure saccharine rush – an endless parade of merciless hooks, anthemic choruses and lush instrumentals. The titular emotions are equally accessible – love, wanderlust, partying. The pop album was never intended to be Ulysses, after all.

Not every pop record needs to challenge societal perceptions, alter the industry or push the sociopolitical conversation forward. Emotion aspires to none of those things, and that’s a crucial part of what makes it so great. Maybe the album will sound terrible in ten years, maybe it won’t change anyone’s life, but what it will do today is provide a pure forty minutes of pop nirvana. Jepsen is, in many ways, the perfect vessel for a beautifully constructed radio hit – pretty but not threatening, talented but not overpowering, spunky but not genuinely titillating. It’s a notion that returns to pop’s more innocent roots, sonically updated for the new millennium. And make no mistake, it’s a genuine and cunning talent – just ask Max Martin. Abandon your cynicism and close your critical eye; there’s nothing complicated on Emotion, and it shouldn’t exist any other way. 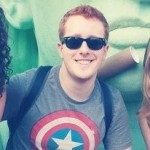