Although they put out only five albums, Simon and Garfunkel is not just a greatest hits band. Sure, “The Sound of Silence” and “Bridge Over Troubled Water” and many of the other songs on their Greatest Hits are indelible pieces of pop history, but a set such as The Complete Albums Collection allows us to look under the hood and find the weird little gems that bolster songs such as “America” and “Homeward Bound.” If you already familiar with the songs we have selected here, you know that there is more to Simon and Garfunkel than “Mrs. Robinson.” If you don’t, we hope you enjoy these unsung classics.

“He Was My Brother”

Relying on an alternating minor/major twelve-string guitar figure and the pair’s close harmonies, this shows off Simon’s burgeoning strengths as a lyricist. Released during the height of the Civil Rights movement, it alludes to the murder of a former classmate of Simon’s who was killed during a demonstration in Mississippi. As the song reaches its cathartic ending, the feelings of grief and loss become palpable, their voices rising in unison to bring home its devastating subject. 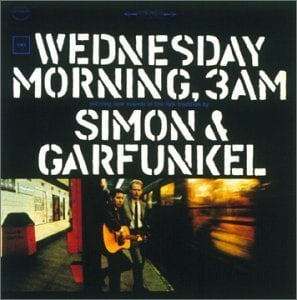 Even in his earliest work, Simon showed a knack for the earthy lyricism that he would make his signature. Over a warm, almost jaunty acoustic guitar melody, the duo opens with “Fog’s rollin’ in off the East River bank/ Like a shroud it covers Bleecker Street,” an evocative image if there ever was one. This track shows Simon the songwriter in his infancy, but it demonstrates his ability to perfectly ground a lyric with a simple phrase.

One of the few Simon originals to appear on their debut album, “Sparrow” is clearly indebted to Bob Dylan, especially in its fingerpicked guitar and folk rhythm. Lyrically, however, this is nothing like Dylan, as Simon evokes naturalism to tell a tale of the unwanted. Somewhat naïve in its intent, the song does feature a haunting melody and the early promise of the great harmonizing on which Simon and Garfunkel made their name.

It is fitting that one of the most unearthly harmonies in pop music should be introduced into the world by something literally heavenly. The traditional “Benedictus” is an early demonstration of Art Garfunkel’s command of soaring, high notes, complemented by a delicate acoustic guitar. Even in 1964, Simon and Garfunkel were exploring unexpected musical terrain, whether by acknowledging their contemporaries or unearthing 16th century motets.

Based on a poem by Edwin Arlington Robinson, these lyrics, told from the point of view of Cory’s employee, paint a picture of their boss as someone to be envied. Its startling conclusion proves that things are not always as they seem. Delivered with a jangly, folk-rock arrangement, its grass-is-always-greener narrative makes it one of the darker songs in the Simon and Garfunkel catalog, its tale of suicide wrapped in a bittersweet melody.

“April Come She Will”

Garfunkel’s solo counterpoint to the better known “Kathy’s Song, “April Come She Will” is an exceptional showcase for his angelic tenor, hinting at the kind of material he would favor in his solo career. It suggests the power struggle that would ultimately prove the pair’s undoing, but for this track’s nearly two minutes, they’re a perfect match, Garfunkel’s lovely melody cascading atop Simon’s sympathetic accompaniment. 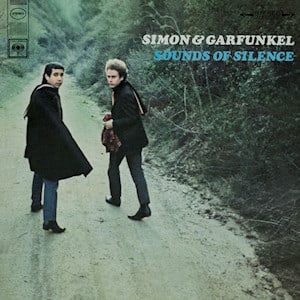 “Leaves That Are Green”

Simon and Garfunkel’s second album finds the duo beginning to move away from traditional folk roots. Here they experiment with instrumentation, using a harpsichord for the primary hook against the jangling guitars and shuffling percussion of folk-rock. With a bright melodic figure standing in direct contrast to its melancholy lyrics, Simon sets the tone for expanding his lyric content and the group’s arrangements.

This version of Davy Graham’s folk standard is a rare instrumental in a catalog known for vocal harmonies. Lacking their trademark vocals, it’s a showcase for what may be their most unsung element, Simon’s guitar. Here he perfectly replicates the acoustic workout popularized by revered British folk guitarists like Graham and Bert Jansch, proving himself an equal in skill and form.

Initially recorded for Simon’s 1965-debut album, The Paul Simon Songbook, the duo re-cut “Patterns” the following year for their third album. Reaching towards psychedelic, yet still folk, it’s one of the darker tracks in the Simon and Garfunkel catalog. Simon’s lyrics, propelled by a simple drumbeat with guitar and bass, explore the idea of free will and how none of us really has any control in our lives, instead doomed to repeat the same patterns over and over again. So heady that Warrel Dane released a heavy metal cover of it in 2008. 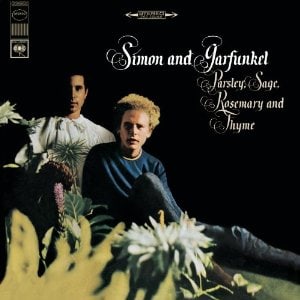 One of Simon’s saddest songs, “The Dangling Conversation” deserves a place on the duo’s greatest hits collection, but it is sadly relegated to cult status. A failure as a single, “The Dangling Conversation” is a bummer. Two lovers sit side by side, yet no longer communicate. This song is that barren space that exists between them, that place where laughter and love used to reside. While it didn’t do well for Simon and Garfunkel, Joan Baez scored a hit with a 1967 cover.

Co-written with Bruce Woodley, “Cloudy” sounds easy-going but features lyrics such as, “My thoughts are scattered and they’re cloudy/ They have no borders, no boundaries/ They echo and they swell.” Just as “The Dangling Conversation” references Emily Dickinson and Robert Frost, Simon brings Leo Tolstoy, another heady guest into this song.

It didn’t take long to bite the hand that fed him. While Simon’s early songs are clearly inspired by Bob Dylan, here he parodies Dylan’s move to rock ‘n’ roll, complete with an Albert Grossman at the end. Different versions of the song feature a revolving cast of namechecked celebrities from Lyndon B. Johnson to Ayn Rand to Jack Kerouac.

As one of the preeminent musical voices of the 1960s, Simon might be credited with (or blamed for) the kind of vulnerable introspection that would come to define the singer-songwriter archetype. The third single from Simon and Garfunkel’s fourth album shows Simon demonstrating a self-doubt that few of his peers would risk. While others composed with seagull noises and fancy wordplay, Simon was brave enough to admit, “I know I’m fakin’ it/ I’m not really makin’ it/ This feeling of fakin’ it/ I still haven’t shaken it.” 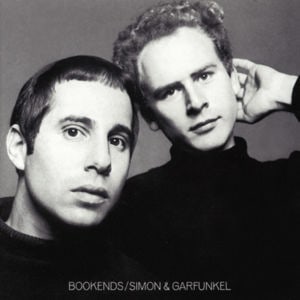 “A Hazy Shade of Winter”

Initially recorded for Parsley, Sage, Rosemary and Thyme, this shares more of the rock-oriented sound of the duo’s early days. Produced by the great Bob Johnston, the song offsets the duo’s vocals with a forceful drumbeat and the occasional squall of a trumpet. In a brief two minutes and 15 seconds, they give a true gloom to a line like “Funny how my memory skips while looking over manuscript/ Of unpublished rhyme.”

New York was often Simon’s muse, and he never gave it a more giddy tribute than on “At the Zoo.” The quieter sections have a slight bluesy swing before the rock n’ roll groove overtakes the song and Simon points out the citizens of the New York Zoo, who dance along in time. Just before the final segment, when he sings, “I do believe it’s true” you can hear him breaking into a smile from ear to ear.

Simon was 27 years when he wrote “Old Friends,” but it feels like the work of a man near the end of his life. He is at his lyrical peak with lines like “Old friends, winter companions/ The old men, lost in their overcoats,” exuding a melancholy that the orchestral swell and acoustic guitar mount to almost painful levels. 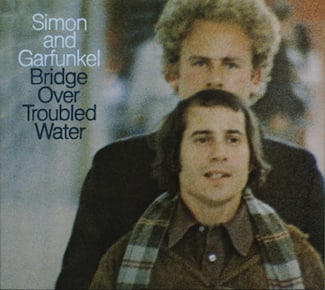 “The Only Living Boy in New York”

The B-side to Simon and Garfunkel’s smash “Cecilia” strikes an odd contrast. As opposed to the flip side’s tropical bounce, “The Only Living Boy in New York” relies on a sweet, downtempo version of the duo’s signature folk-rock, produced and polished to a gorgeous sheen. Garfunkel’s multi-tracked vocals surround its verses in a shimmering blanket of warmth and beauty.

Simon allegedly wrote this song without knowing who Wright was. It stands as a strangely pastoral tribute to the American architect, thanks to a mellow bridge led by flute and uncharacteristically sleepy vocals from the duo. That high note of “‘til dawn” over the bossa nova groove is spine tingling.

“Song for the Asking”

From “Bookends Theme” to “The 59th Street Bridge Song (Feelin’ Groovy),” Simon and Garfunkel worked wonders with bite-sized songs, and “Song for the Asking” is one of the finest miniature tracks in their catalogue. This gorgeous, swaying composition suggests a luxurious suite, but the short run time closes the pair’s final album on a beautiful, sorrowful and concise end. It’s a bittersweet swansong for their collaboration, and it may be sadly apt that the track quickly fades away.