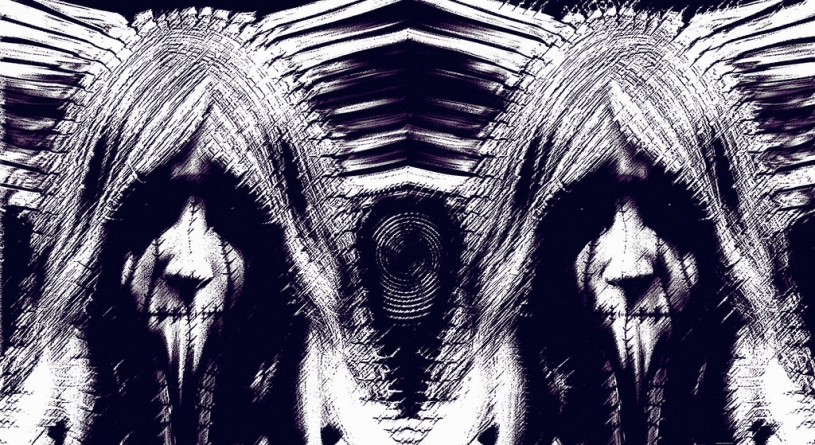 Robert Louis Stevenson used the split personality of the titular Dr. Jekyll to metaphorically explore the duality of most men—on the one hand, studious and thoughtful; on the other, capable of violence and all manner of other evil acts. Martin Phillipps, leader of New Zealand pop act The Chills does the same, but gets right to the point, tunefully calling out his caveman-like tendencies and promises to “never do it again.” Good luck with that.

The oft-overlooked lead single from The Cure’s landmark Disintegration, “Lullaby” is a uniquely chilling entry in the band’s catalog. The icey arrangement and singer Robert Smith’s tremulous delivery intensify the sense of helplessness his words evoke. Even though Smith’s “Spider Man” has been explained away as a metaphor for depression or addiction, we can’t shake the image of him stalking into our bedroom like a figure out of a childhood nightmare, nor the shuddering horror at realizing that we, too, are caught in his web.

3. Fleetwood Mac – “The Green Manalishi (With the Two-Pronged Crown)”

Before the Mac allowed the creative input of the fairer sex (and Lindsey Buckingham) to help turn them into pop stars, they could be a pretty mean psych-blues outfit as proven by this nasty little number. The creeping baddy in this particular song could be seen as an evil, evil woman or the Bolivian marching powder that Mick Fleetwood and John McVie would hoover up in the ‘70s. In eyes of former front man Peter Green, it was the stuff that brings him up, tears him down and makes him do stuff he doesn’t want to do.

4. The People’s Temple Choir – “Something Got a Hold of Me”

Listening to the men, women, and children of the People’s Temple Choir singing “Something Got a Hold of Me,” you can hear in their voices the unbridled joy that comes with knowing you’ve found your purpose in this life. In 1973, though the senseless slaughter at Jonestown was only five years in the future, the signs of Jim Jones’ growing megalomania were still well-hidden from the outside world. We can only view these souls now as through a soundproof pane of glass and bear silent witness to their inexorable march towards madness and tragedy.

We all know Rick James. We’ve watched “Chapelle Show.” We’ve laughed until we cried at Charlie Murphy’s anecdotes about his drug-fueled excess in the ’80s. We’ve danced to his music at our aunts’ weddings. But Google Frances Alley. Google Mary Sauger. Suddenly “Cold Blooded” takes on a whole new meaning and “cocaine is a hell of a drug” feels like the most flimsy of excuses.

Though unconsciously known by many to be the hidden track at the end of Guns N’ Roses’ The Spaghetti Incident? “Look at Your Game, Girl” is the song by a serial killer that you’re most likely to hear in a Starbucks. Easily the most focused and poppy of the tracks on LIE: The Love and Terror Cult it was recorded in 1968 (prior to all that Sharon Tate business) and released by producer Phil Kaufman while Manson was on trial in 1970 through a record label known more for their bootlegs than any original artists. Listening to it now, it’s not hard to envision a universe in which Manson collaborated with Brian and Dennis Wilson- oh, wait.

Richard Ramirez, the “Night Stalker,” scared the living shit out of Mark Kozelek, and his death caused the songwriter to reflect and pen this paranoid, stream-of-consciousness tune. His train of thought runs at full speed, and he draws the listener into a variety of tangents centered around getting older- that James Gandolfini, when he died, was as old as the drummer coming to play for Kozelek’s session that day, that he’s got to piss 50 times a day, that it feels like he’s going to have a heart attack when he fucks too much- and all of the death that it brings along with it. The uneven vocal tracks coupled with a dark guitar part give the song its haunted atmosphere, and helps to remind that you’ll never outrun history’s greatest serial killer in the end: father time.

Leave it to Sufjan Stevens to write a delicate, yet chilling, song about serial killer John Wayne Gacy, Jr. Stepping away from the cinematic, Disney-esque songs from Illinois, Stevens frames “Gacy” in the hushed tenderness found on Seven Swans and Carrie & Lowell. Though he doesn’t let the killer clown off the hook in the song, Stevens does humanize this psychopath, making him a figure more pitiable than something to be feared.

Perhaps Sting would have been a better choice to play the vampire Lestat in Neil Jordan’s adaptation of Interview with the Vampire. Clearly inspired by Anne Rice’s Big Easy bloodsucker, Sting sings not only of immortality in “Moon Over Bourbon Street,” but all the restrictions that go along with it. You’ll never see his shade nor hear the sound of his feet, but you will feel chills on this early solo gem from the former Police frontman.

Recorded in Paris during the Your Arsenal tour, this live album-only cut has since become a standard in Morrissey’s sets, being played more than even “The Last of the Famous International Playboys.” Boz Boorer’s droning guitars and the slow burn pacing meld well with Moz’s voice, and for someone who writes regularly about serial killers and dastardly deeds, the Pope of Mope manages to make it fresh. “Jack the Ripper” is truly one of Morrissey’s more interesting B-Sides, in which the typical nebbish protagonist of “The More You Ignore Me, The Closer I Get” is taken to their absolute logical end- convincing themselves that a poor person wants to be in their arms, that they want what’s coming to them.

Frankenstein is a metaphor for creating and losing control over a monster. As the six-minute-plus song careens to its unhinged ending, David Johansen tells the story of man turned into something awful. By the end, Johansen is screaming, wailing and bitching about this abomination, finally asking the double entendre, “Do you think that you can make it with Frankenstein?”

Gene Simmons is plenty scary enough on his own with that goddamn tongue and the blood spitting and the terrifying libido. Put all of that in the service of a song about a creature of the night out to make some “smooth and tender” young thing scream for mercy and, well, you don’t really need to read between the lines about what his intentions are. It would be nauseating if the song wasn’t so damn good.

Gary Gilmore will remain notorious not for his crimes, but how he died. Not only was he killed by firing squad, Gilmore demanded his death sentence be carried out, making him the first person put to death in the United States in nearly a decade in 1977. Though Gilmore has been immortalized in numerous other forms of art, punk band the Adverts’ song is about someone who receives the murderer’s eyes as an organ donation.

If you can find your way through the guttural growl of Cannibal Corpse singer George Fisher and decipher his lyrics, you’ll quickly have a stomach turning moment or three as he describes, in gory detail, just what the titular Spine Splitter has planned for you. Some highlights: artery ravening, pools of entrails and aggressive ripping from head to crotch. This is the stuff you play full blast when you want to give those trick or treaters a real scare.

Metallica has been a lot of different things over the years: innovators of a new metal, alt rock breakout stars, out-of-touch millionaire sell-outs. But I prefer to remember Metallica as a group of dorky twenty-somethings reading Shadow over Innsmouth and thinking it was the most metal shit ever. They weren’t the first band to riff off the works of H.P. Lovecraft, and they were far, far from the last, but “The Thing that Should Not Be” ranks among the best and creepiest songs to take its inspiration from the Cthulhu mythos.

This may be one of the most insidiously evil little songs to ever gain traction in the popular consciousness. Glitter is one of the most notorious sex criminals in modern British history, right up there next to Jimmy Savile, and his exploits were financed and protected by the success of songs just like this. There’s a touch of nostalgia that makes this particularly uncomfortable for me- my dad used to play this track when we’d listen to a collection of “Jock Jams” that he’d bought to hype me up for tee ball practice, and I can’t help but be reminded of those lovely days, until the bubble bursts and reality sets in. I’m quite sure that nearly everybody who likes sports or who has even been around them in the U.S. at least has heard this song, but hasn’t known about the man who wrote it, who is now serving time for the awful crimes he committed.