The contest for Best New Band Name of 2015 has officially been won.

The contest for Best New Band Name of 2015 has officially been won. Sexwitch is a collaboration between Natasha Khan of Bat for Lashes, producer Mike Carey and members of psych-rockers Toy. In 2013, they worked together on a cover of a song from pre-revolutionary Iran, and that one-off served as a template for this album-length collaboration. Khan and Carey chose songs from a day of record shopping when they’d sought out folk and psychedelic music from different countries. They translated the lyrics, re-enlisted Toy and recorded each of the album’s tracks in one take. Sexwitch sees the results as less of an album and more of a “creative happening,” an attempt to bring the session environment to the masses. The self-titled album is full of the energy and scatterbrained nature of a band’s first performance, and even though they don’t make consistently compelling music, there’s enough here for fans of both Toy and Bat for Lashes to enjoy.

The members of Toy should be especially proud of their work here. Thai pop song “Lam Plearn Kiew Bao” is a stylistic departure that they handle beautifully, with a cool atmosphere that feels like it wouldn’t’ be out of place in a seedy, smoky jazz bar. “Helelyos,” an Iranian cover, is full of little engaging instrumental parts — a whistle here, a guitar that echoes the drum beat — but Khan’s voice is mixed too high, to the detriment of the arrangement.

Khan’s vocal performance on the rest of the album is stellar, like her soulful croon on Skip Spence’s “War in Peace” and her halting, panicked whisper on “Kassidat El Hakka.” However, “Ha Howa Ha Howa,” the first of two Moroccan songs on the record, might be the weakest track. It suffers from of wordy lyrics that could be the result of poor translation and a repetitiveness that suggests the worst in psych rock indulgence and Khan’s wail distracts.

Sexwitrch is a mixed bag, and at six tracks, it’s barely out of EP range. Some listeners may dismiss it as the kind of slight musical indulgence that suits a vanity project. But the international focus and the level of craft, especially within the limits of live recording, make it an intriguing listen. It may just be a footnote in the careers of its collaborators, but it may well draw Bat for Lashes and Toy fans to seek out the record’s sources. 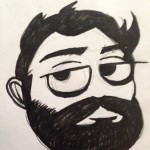 Nick Johnston lives and works in Boston, MA. His work has appeared in The Boston Phoenix, Vanyaland and Suvudu amongst others. You can find him on Twitter @onlysaysficus.