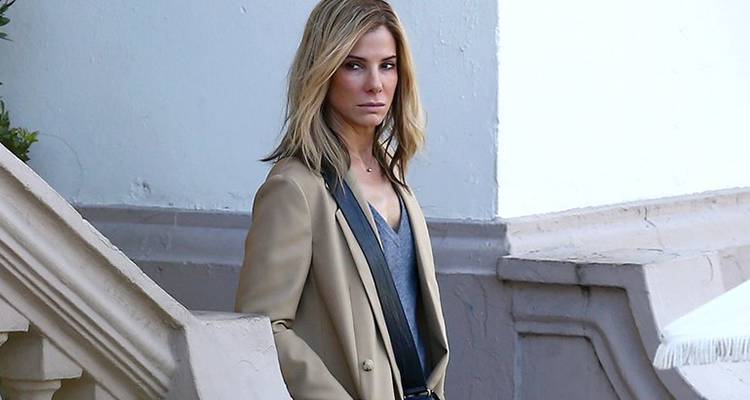 Our Brand Is Crisis takes an alternately cynical and inquisitive look at the imperialism of American electoral gamesmanship and the personal cost therein.

Our Brand Is Crisis Drew Hunt

In a semi-recent interview on Adam Kempenaar’s movie podcast “Filmspotting,” director David Gordon Green professed to emulating British filmmaker Alan Parker (Evita, Pink Floyd – The Wall). Specifically, Green praised the diversity of Parker’s filmography, which features everything from crime thrillers (Mississippi Burning) to noir-ish horror (Angel Heart) to prestige dramas (Birdy) to, of course, musicals. This goes a long way in explaining the strange trajectory of Green’s own filmography, itself a cacophony of indie arthouse fare (George Washington), stoner comedies (Pineapple Express), cerebral character studies (Joe), and whatever the hell Your Highness is. Green’s latest film, Our Brand Is Crisis, is yet another deviation, a political dramedy that takes an alternately cynical and inquisitive look at the imperialism of American electoral gamesmanship and the personal cost therein.

Adapted from Rachel Boynton’s 2005 documentary of the same name, the story centers on Jane Bodine (Sandra Bullock), a legendary campaign manager who’s settled into an early retirement after one too many stressful jobs. When she learns her former nemesis Pat Candy (Billy Bob Thornton) is running a successful presidential bid in Bolivia, she agrees to help an extremely unlikable rival candidate, Castillo (Joaquim de Almeida). She leads a team of fellow American strategists desperately trying to get the man elected, all while battling Candy’s devious tactics and incessant shit-talking. Part of the fun—and part of the begrudged, half-baked social commentary—is seeing how these Yankee spin doctors operate on foreign soil, utilizing Bolivia’s unique customs and public controversies to further their homegrown pursuits. (When one character asks Scoot McNairy’s media strategist why Castillo’s campaign commercial looks so amateurish despite his big budget, he explains that “it has to look Bolivian.”) But as we watch them work, a question arises: why do they care? They’re in a foreign country, pushing policies that don’t affect them and working for a candidate who—based on reputation and past behavior—probably doesn’t deserve to be president in the first place.

It doesn’t make much sense at first, but then you realize that, duh, they’re getting paid. Castillo is rich, beyond even American standards, and he’s surely promised his team boatloads of cash. Jane’s motivation, however, is more ambiguous, and it’s the film’s central concern. The campaign is the story’s driving factor, which means it is also a MacGuffin, the lens through which Green examines his protagonist’s scattered sense of self. Jane is at once a cold, calculating mastermind and a jittery mess, disinterested in Castillo one moment and fervent the next; she speaks almost exclusively in political clichés, and she’s given to contradiction. Her motivation for running the campaign is almost completely unclear, and while that’s sure to infuriate certain viewers (specifically those with narrow expectations of character and story) it nevertheless raises interesting questions about ambition, both professional and personal, a subject largely absent in Green’s previous work.

You could point to Candy as the obvious motivation. As Jane’s foil, he’s the nominal antagonist a story like this requires, but as we learn more about the parsimonious Castillo and the resentment he has for both the election process and Bolivia as a whole, it becomes clear that Candy is working for the good guy. For her part, Jane is just as dodgy Candy, equally capable of dirty tricks and deceit, and it’s easy to see how a movie told from his perspective might mirror this one. This creates a complex, almost haunting world where the lines between right and wrong, fair and unfair, aren’t merely blurred but are rendered completely irrelevant. All that matters is winning, and even then, it isn’t the candidate who wins but the person pulling the strings, a notion visualized in an inspired albeit somewhat obvious scene where Jane and Candy trade verbal barbs behind a screen that separates them between their candidates, who are onstage engaging in debate.

For a while, Green follows Jane’s erratic lead, and what emerges is a satirical neo-screwball in the vein of Hal Ashby, funny and weird enough to merit a high-speed bus chase atop a treacherous Bolivian mountain road and scene where a llama is killed in a hit-and-run. (The former culminates with Jane mooning the opposition, if that does anything for you.) Green, rarely averse to shoving cartoonish interludes into an otherwise realistic diegesis, treats Jane and Candy’s back-and-forth attempts at sabotage like scenes from “Spy vs. Spy,” and he has the perfect proxies in Bullock and Thornton. Unlike some of her contemporaries, Bullock welcomes the opportunity to look clumsy, belligerent and tragically human on screen, and she’s also a gifted physical comedian, a quality Green highlights throughout. Thornton, meanwhile, is oily fun and never quite as detestable as perhaps he’s meant to be, a testament to the film’s agnostic view of good and evil in the world of campaign warfare.

It’s all impassioned, self-aware fun until suddenly, Our Brand Is Crisis becomes about something. Seemingly no longer content to follow a fascinating oddball down her own personal rabbit hole, the film abruptly forces a message of ersatz compassion—the kind not-so-coincidentally preferred by the film’s famous bleeding heart producers, George Clooney and Grant Heslov—onto a story that was already doing a poignant and admirably goofy job of illustrating how the cost of winning limits compassion. The climax is designed to be cathartic, but it’s really just a cop-out, and it pulls the rug from under what was previously a subversive, lovingly irreverent take on the American political machine, the same machine that winds up swallowing the film itself.