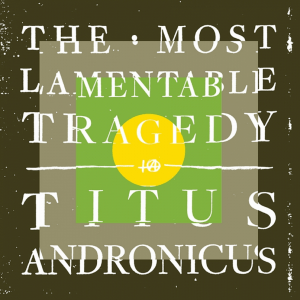 This exciting band doesn’t allow their punk edge to hinder experimentation, and they don’t believe their own hype. Titus Andronicus strikes a balance that many bands have tried and failed to achieve. If any of their basic elements were off just a smidge, their 92-minute rock opera The Most Lamentable Tragedy would not have worked, but the band proves themselves worthy of all the praise. And no other track on the album captures this cerebral tightrope walk better than this perfect blend of punk speed and vocal grit. It’s a got a hook that sinks deep into your brain-meat and a sense of urgency that turns the sensation of being dragged through a raucous, undulating, sweaty crowd into something of a religious experience, all confusion, heat and unadulterated joy. Nothing lasts forever, but “I Lost My Mind (DJ)” has a power and pulse that stretches every microsecond of its minute and a half running time to the nth degree. When it does finally end, after exhausting all its energy, you can always play it, again and again and again. – Nick Gregorio 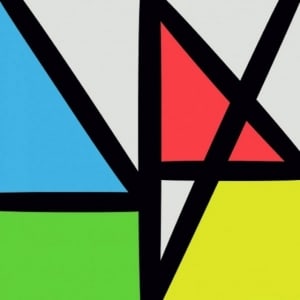 A year ago, we wouldn’t have predicted that one of the best songs of 2015 would be from New Order. But after the September release of Music Complete, how could we not? “Plastic” may not be an actual physical single release (yet), but the second single on New Order’s tenth album is one of the best songs the band has released since we were all a lot younger. Thrumming with the most infectiously propulsive motorik beat this side of Todd Terje, “Plastic” spans nearly seven artfully-constructed minutes, feeling more like an experience than simply a lone single. With backing vocals from La Roux’s Elly Jackson, the track opens with Bernard Sumner cooing the praises of the object of his narrator’s affection, calling her “iconic,” “special” and “fantastic” before turning on her in the song’s tail end and discovering that’s she’s actually “artificial,” “superficial” and (indeed) “plastic.” Many of today’s synth-oriented bands have siphoned off the best parts of ‘80s new wave. As one of the more influential bands from that period, New Order has a mainline hit to this kind of synth-propelled electronica. “Plastic” demands to be listened to over and over, and proves that despite the years they have behind them, New Order remains an immensely relevant force in synthpop. – Josh Goller 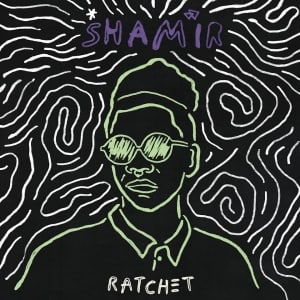 Fortunate enough to grow up with an aunt in the music industry, Las Vegas-born Shamir Bailey arrived to the recording sessions of his debut LP Ratchet with a rich appreciation of artists ranging from Billie Holliday and Nina Simone to Outkast and Groove Theory. Inspired by so many urban sonic visionaries, the genderqueer-artist strived for an equally challenging, yet totally infectious, full-length springboard. The revitalized disco-funk groove of “Make a Scene” epitomizes that unique, incendiary spirit.

Without diminishing the celebratory background electronics, Shamir both chastises and celebrates the current roles of 20-somethings in the U.S. Existing outside our culture’s binary sexuality standards, the introductory verse is a tongue-in-cheek criticism of advertised norms: “Girls like guys who’s ripped and buff/ And guys like girls who have big butts/ And girls are sad all of the time/ ‘Cause good guys are so hard to find.” But going out and making a scene doesn’t just bring lust-filled encounters, it opens us up to new life experiences. It’s about a chance to shed the unattainable goals of childhood and find a path that might lead to happiness. One doesn’t need a guide to adjust course, just the motivation. This is a thought-provoking proposition presented in a must-repeat package by a proclaimed “big party machine.” – Derek Staples 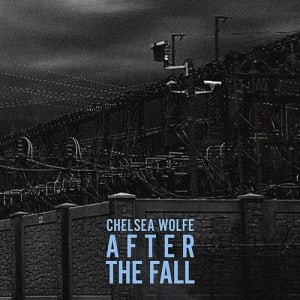 Sleep paralysis is defined as “a disorder in which the afflicted, during the transitional period between sleeping and waking, are beset upon by terrible, dreamlike hallucinations and a sensation of total paralysis.” Try to envision the horror of seeing your worst fears unspool before your eyes while you lay helpless and alert, trapped in some liminal hell between the dreaming and waking world. This has been a reality for Chelsea Wolfe for her entire life, and it’s the inspiration for much of her 2015 masterpiece, Abyss, including this juicy center-cut. “I can’t wake up,” she pleads, exhorting the listener to “Scream and run/ Don’t let them win.” It’s perhaps the most fractured song on the album, oscillating between electronic soundscapes that are sparse one moment and crushing the next, and further embellished with shrieks and gasps to maximize the dense atmosphere of dread. Yet, grim as it may appear, this is above all a statement of faith that whomever the song is addressed to will be there when the horror has passed. “I know that you’re waiting/ I know that you’ll find me there,” she tells herself, offering the barest glimpse of hope to be found in the sunlit outskirts of the nightmare. At the end of the long, dark night waits the morning, and with it another day’s flight from the dying light. But to have another by one’s side for the struggle would surely be a comfort, however small, however temporary. – Joe Hemmerling 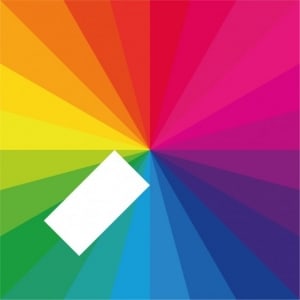 What makes this so instantly infectious? Perhaps it’s the delightful vintage soul sample that anchors the track, beaming in like a goodwill transmission from the past. Perhaps it’s that gloriously catchy wind-chimes hook, ricocheting around your brain like a sonic antidepressant. Or perhaps it’s the gleeful vocal contributions from Young Thug and Popcaan, equal parts insane and inane, almost as nonsensical on the recording as the collaboration looks on paper.

Maybe it’s all of these things, plus the fact that a little bit of sunny optimism can go a long way. In the context of a depressing year and an almost uniformly downbeat album, In Colour, this is a much-needed bright spot. Jamie xx’s tribute to rooftop parties, late-night hangouts, the romantic honeymoon phase and everything in between was the indie kid’s song of the summer, and you know what the best part is? It still sounds great six months later. A gently throbbing bass build-up, bouncing finger-snaps, and a subtle dance hall flavor makes for one of the most endlessly replayable tracks of the year.

It’s uncharacteristic of the xx bandleader to give us something so resolutely optimistic, but sometimes when you need it, help comes from the most unlikely places. As the track fades out over the clatter and din of snare beats and convivial laughter, just close your eyes, smile and hit repeat. – Zachary Bernstein