When it comes to plans for Gorillaz’s future, Damon Albarn simply cannot be trusted. In 2006, a year removed from the virtual band’s triumphant Demon Days, Albarn said Gorillaz had made their last record. Yet 2010 brought us Plastic Beach, an album that may not have reached the commercial heights of its double-platinum predecessor, but nevertheless blends a high-minded concept with a sensibility that Albarn has described as “the most pop record” he’d ever made, despite a concept that went deeper. Albarn has said that he imbued Plastic Beach’s pop sensibilities with the “essential melancholy of buying a ready-made meal in loads of plastic packaging.” Albarn would even go on to say that he gained some of his inspiration for the album by watching both people and animals interact with landfill rubbish.

As baroque as it may be, Plastic Beach’s pop approach doesn’t require much unraveling. The album brims with big name featured guests. Bolstering Gorillaz hip hop cred are Snoop Dogg (“Welcome to the World of the Plastic Beach”), De La Soul (“Superfast Jellyfish”) and Mos Def (“Stylo” and “Sweepstakes”). The album also features two iconic music veterans who have since left us: Bobby Womack (“Stylo” and “Cloud of Unknowing”) and Lou Reed (“Some Kind of Knowing”). The Fall’s Mark E. Smith even adds some ominous spoken-word flare on “Glitter Freeze.” But the album shines brightest on the unassisted tracks. “Rhinestone Eyes” is emblematic of that definitively loping Gorillaz bounce. And “On Melancholy Hill” serves as one of the most wistfully effective pop songs in recent memory.

After a 2012 falling out with Gorillaz cohort Jamie Hewlett, Albarn said that a future Gorillaz album was unlikely. But, as previously mentioned, Albarn cannot be trusted. This past October he told Rolling Stone we’ll get a new Gorillaz album in 2016. If it’s anything like Plastic Beach it will be something to behold. – Josh Goller

Beach House emerged in 2006 with their melancholic, dream-haze sound fully formed, but that languid mystique didn’t come into its own until their third album, Teen Dream. Victoria Legrand’s lilting keyboards and Alex Scally’s distorted guitar took new form when paired with more effects pedals and churning synth lines. The album marked a turning point for Beach House in which Scally’s drum machines and Legrand’s low, sensual voice became something grand and romantic. The melding of Scally’s repetitive guitar lines, the simple kick drum and cymbal percussion and Legrand’s whispers build to such a dramatic finale on opener “Zebra” that it set the tone of the entire album. This transformation occurs track after track, with hypnotic opening bars shifting into shimmering main sections before devolving into noisy, resonating outros. “10 Mile Stereo” may be the grandest example, encompassing muted guitars, a strobing combination of cosmic synths and jittering percussion while creating a fitting climax for Legrand’s impassioned contralto.

Whether it was the added visibility of being signed to Sup Pop, or the added breadth such a label afforded them during the album’s production, this was, most importantly, the first Beach House album to chart in the Top 100. Teen Dream may have changed little of Beach House’s lethargic, droning melancholia, but it opened up the duo to the systematic amplification of their moody dream-pop, a characteristic of all three releases since.
– Katherine Springer

The National always made exquisite sadness, but they had never made it this big. It was arena-ready sorrow, the same shape and scope as U2’s “One” or Samuel Barber’s “Adagio for Strings,” so massive in size that it could flood a state with tears. The Ohio men had preferred nooks and crannies to hide their depression—dimly lit bars (“Fake Empire”) or hushed apartment hallways (“Ada”). But High Violet makes a stage out of a whole city, then an entire country. It is all encompassing.

Matt Berninger’s drunken bass-crooning still finds the devil in the details (“Lean my head on the hood of your car/ I take it too far”), but he had been painting with wider and wider strokes from Alligator to Boxer, and his warm baritone finally finds a way to reach stratospheric emotional heights with High Violet. He carries the one-two chorus of “Conversation 16” singing “I was afraid I’d eat your brains” and “I’m evil”—nearly comical until you realize he’s talking about how even the most passionate relationships eventually decay into a zombie-like routine.

Even with Berninger’s brilliant lyrical and vocal work, High Violet is just as likely to tug at the heart strings on the instrumental side. Bryan Devendorf’s rolling and complex drum work has always been underappreciated, but it can’t be ignored here. His steely 16th note work and the thunderous line on “Bloodbuzz Ohio” propels the songs along. And, of course, when you have twins Aaron (who’s produced every National album since Alligator) and Bryce Dessner (who composes alongside the Kronos Quartet in his free time) behind the music and the boards, it’s impossible not to sound immaculate.

High Violet’s finale “England” is where it all coalesces into one shimmering tower of gorgeous sorrow. Over vamping organ and hammering drums, Berninger asks for the “Feeling that I lost today” before the strings enter into the mix and he sighs “You must be somewhere in London/ You must be loving it out in the rain.” The song grows into a shout along chorus that Coldplay would have been proud of and carefully tows the line between outright depression and the silver linings of hope and nostalgia that tangle themselves into High Violet’s central emotion. Because that’s what High Violet does best. It makes sadness grand. – Nathan Stevens

Arcade Fire has known a lot of critical success. Both Funeral (2004) and Neon Bible (2007) were critical hits and the band has managed to remain relevant since. But nothing cemented their career quite like 2010’s The Suburbs. What maybe sounded like a simple concept album concerned with a rather boring subject turned out to be the band’s most pensive, exploratory and power-soaked album to date.

It is “neither a love letter to, nor an indictment of, the suburbs—it’s a letter from the suburbs,” Arcade Fire’s frontman Win Butler said in a 2010 NME interview. “Unfortunately, or fortunately depending on how you look at it, I didn’t grow up in proper suburbs; maybe as close to suburban as you can get in New Hampshire.” But listening to the album gives you an instant sense of the angst, anxiety and emotions a suburban childhood conjures up. Arcade Fire attenuated their past idealism into pragmatic, question-asking art.

The album, which won the 2011 Grammy for Album of the Year, and is a critical success in every sense, is neither a hackneyed concept album on a banal subject nor a harsh indictment of the comfortability American conformity. It is thoughtful and sentimental, and more than anything, a powerful journey through aging that continually expands to veer down unforeseen avenues.

The Suburbs continues, five years on, to be one of Arcade Fire’s most dominant releases. It showed us the maturity the band was able to cultivate whilst continuing to craft epic and fully-realized songs. I remember when it came out. It was sort of an event. There were articles everywhere that all pretty much agreed that it was one of, if not the best album of 2010 at the moment of its release. And listening to it today, it still retains the power it had five years ago. – Nicodemus Nicoludis 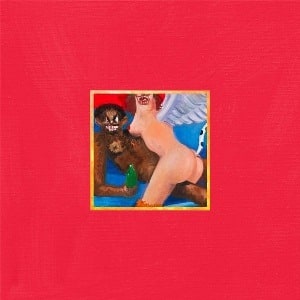 There are two Kanye Wests in the eyes of the public. There’s Music Kanye, who is rightfully lauded as a genius, and there is Tabloid Kanye, who appears on Kardashian shows and interrupts Taylor Swift after downing a bottle of Hennessy. When this album was released, the press covering Tabloid Kanye expected this to be a contrite, humble record after a series of public gaffes. But Music Kanye has no place for humility, for Music Kanye knows how great he is. So, he asks us right at the outset of his masterpiece: “Can we get much higher?”

My Beautiful Dark Twisted Fantasy is the sort of mad, bloated gambit that shouldn’t work in any way whatsoever. It would be a disaster in anyone else’s hands, but there is a method to Kanye’s madness. He isn’t throwing shit at the wall to see what sticks; there’s a definite arc and process to how these tracks fit together, from the hedonistic celebration of “Power” and “Dark Fantasy” to the brutal, harrowing comedown of “Runaway” and “Blame Game.” His lowest ebbs and his highest highs are writ large, and even when his guests upstage him (like when Nicki Minaj spits hot fire on “Monster), the album remains sternly focused on Kanye.

While Fantasy isn’t a great leap forward—that would come a few years later—it is a culmination of everything that Kanye had been working with up to its point in history. The soul samples of his early work, those first dabblings in electronica: It all led to this one beautiful, outsized moment. This is the Kanye that Kanye cares most about; this is the Kanye we should be lending our attention to. And it would be a shame if we’d missed out on a moment of brilliance like My Beautiful Dark Twisted Fantasy because of some tabloid nonsense.
– Kevin Korber