Five years is an eternity in the life of a film. When coming up with this feature, the question the Spectrum Culture staff pondered was this: “How well do these movies play NOW!” Not five years ago, but how have they aged in our memories. While some acclaimed films of 2010 remain strong on our list, some critically-lauded ones didn’t have the staying power. Inception, The King’s Speech and 127 Hours didn’t make the cut in 2015. This list is designed to give new perspective on things five years old. Thank you so much for reading! 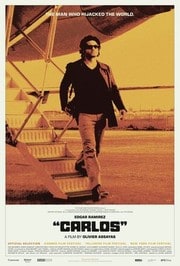 For over 20 years, Olivier Assayas’ films have operated at a thoughtful intersection between macro and micro events, studying the way in which private desires intersect with the broader workings of the world at large. This examination has occurred through a wide variety of genre-hopping lenses, from the nostalgic bildungsroman commemoration of 1994’s Cold Water to the sadomasochistic corporate intrigue of 2002’s Demonlover and the reserved chamber drama of 2009’s Summer Hours. Of these films, 2010’s Carlos is perhaps the most ambitious, a six-hour TV miniseries that also doubled as a major cinematic release, its length affording a more thorough rendering of violence as a political, personal and cinematic tool.

Spanning the entire last quarter of the 20th century, the film catalogues the life and times of globe-trotting Marxist superhero Carlos the Jackal (born Ilich Ramirez Sánchez), a debonair, steely-eyed killer with an acute eye for public perception. Plotting a series of high-wire stunt attacks which double as stunning feats of strategy, he turns the entire world into his own private playground, factoring in not only immediate political effect of these acts but their cumulative empowerment of his own rock-star persona. Playing out over a Scorsesian palette of ‘70s and ‘80s alt-rock, he’s sketched out a non-traditional icon of revolution; a star of his own making; a counter-culture hero to the era’s mainstream celebrities. Celebrity gradually becomes the only focus, with Carlos’ ideology rapidly falling by the wayside, and an ego (and Carlos’ increasingly flabby body) expanding to encompass everything. Imagining a criminal’s own narcissistic self-obsession as the launching point for a battery of world-changing events, Carlos stands out as one of 2010’s best movies, providing definitive proof that the primary difference between a terrorist and a freedom fighter is all wardrobe, posture and attitude. – Jesse Cataldo 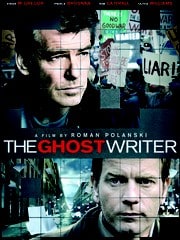 Roman Polanski overshadows any film he makes and has done so since the ’70s. 2010’s The Ghost Writer is no different, but it is also perhaps one of Polanski’s most understated films that brings his favored theme of isolation to a paranoid fever pitch. Based on the Robert Harris novel and co-written by Harris and Polanski, the film charts the trials and tribulations of scandalized ex-British Prime Minister Adam Lang (Pierce Brosnan) from the point of view of his ghost writer (Ewan McGregor). Our unnamed protagonist has the dubious task of making Lang’s memoir manuscript readable, a task that he inherits from a deceased predecessor following his suspicious watery demise. McGregor spends most of the film in a secluded Martha’s Vineyard beach house, the winter surroundings hostile and foreboding.

The temptation, as always, is to read autobiography into Polanski’s films, at least in the psychology of his characters. On the one hand, we have Lang, a Tony Blair-approximation who is under investigation for war crimes and being mercilessly hounded by journalists. He is a very literal fugitive hunkered down with his American allies and attempting to weather a political shit-storm. The image resonates all the more knowing Polanski completed the film while under house arrest in Switzerland pending extradition to the U.S. (that never happened) regarding his 1977 plea of guilty to sex with a minor. But McGregor’s ghost writer is also a perfect continuation of a Polanskian theme: paranoia. Repulsion, Rosemary’s Baby and The Tenant all dealt with paranoia, but The Ghost Writer infuses politics into the usual blend for a thriller that showcases the best of Polanski. Following more lighthearted films like Oliver Twist, Polanski’s 18th film proved he hadn’t lost touch with his talents for bleak, suspenseful fare. – Katherine Springer 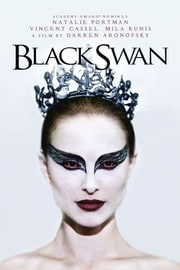 Of all contemporary directors, Darren Aronofsky is probably the one with the strongest penchant for bombast. For him, a drug-induced spiral is borderline operatic, heavily cross-cut and full of hallucinatory visuals seamlessly intruding reality; love can’t be played out in a single timeline, but must be interwoven among three vastly different stories in service of proving its immortality; and, in Black Swan, a ballerina giving a production of Swan Lake everything she has means that horror must manifest itself in the mise-en-scene, with viscerally frightening images and actions emerging directly out of naturalism, only for a shock cut to reaffirm temporal-spatial reality.

The rhapsody of Black Swan takes so heavily from horror and deploys so many fantastic clichés—the psychotic mother, the evil doppelganger—that it borders on camp, but this time, the same silliness that occasionally threatens to overpower Aronofsky’s work seems to be in full service of it. A film adaptation in which a ballerina playing the role of a woman transformed by a curse is herself transformed by an evil doppelganger? Aronofsky’s style is exaggerated, his tone so serious and his theatrics are so ridiculous, that it’s worth noting that Susan Sontag, in her seminal essay “Notes on Camp,” identified Swan Lake as camp.

Many directors create their masterwork when they transform a shortcoming in their work, stylistic, personal, ideological or otherwise, into a virtue. John Ford did it with The Searchers, Alfred Hitchcock did it with Vertigo, Ingmar Bergman with Fanny and Alexander and Darren Aronofsky does it with Black Swan. The subject matter is such a clear match for his style that was once his weakness became a virtue. The film signifies a director and a film interrogating itself, interrogating genre and the differences between mediums. – Forrest Cardamenis 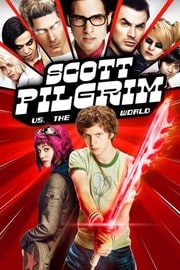 When this movie failed as miserably as it did at the box office, diehard fans knew they would have to be patient, that their vindication would come in due time. Once it hit the home video market, it proved to have legs, but not enough to surpass the overwhelming sense that Scott Pilgrim vs. The World was some kind of mistake and that true “cult status” might be the highest plaudit it could ever hope to achieve

Five years have passed and the general critical appraisal of the film remains steady. Those that enjoyed it adore it and those that didn’t connect with it still point to it as a millennial mishmash of uncoordinated influences. If you’re a certain age and come from a certain background, Scott Pilgrim still means the world. Sure, the off-kilter confluence of video games, indie rock, comics, kung-fu and John Hughes converge in the center of a far too narrow Venn Diagram, but finding yourself in the center of each of those concentric circles, it’s hard to imagine a film touching you on a deeper level while managing to be so experimental and so entertaining. Edgar Wright’s screen craft is at its absolute apex, executing a peculiar vision with a command of filmic language as universal as his personal preoccupations are niche. It may be another decade or two before this film’s appeal transcends mere curiosity, but we’re halfway there and it hasn’t depreciated in the least. – Dominic Griffin 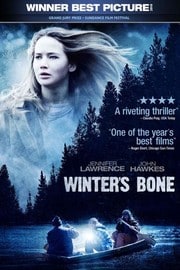 Today she occupies headlines leading an overdue crusade against Hollywood’s gender wage gap, but just five years ago, J. Law, the pop feminist author, was Jennifer Lawrence, a 20-year-old barely-known making her lead debut in Debra Granik’s Winter’s Bone. The hillbilly noir was a festival favorite and critical darling, but it’s hard to imagine thought they were watching a star in the making. Lawrence’s turn as Ree Dolly, 17-year-old Ozark native, surrogate mother to her younger brother and sister and reluctant steward of her father’s affairs, impresses precisely for its lack of histrionics. For Ree, that’s a matter of survival: the same puissance that serves her as ersatz parent also ends up costing her a tooth.

The film, based on Daniel Woodrell’s novel, follows Ree as she seeks out her fugitive father, navigating a denatured rural underworld of gnarled brush and abandoned RVs as violas quiver on the soundtrack. Granik is as much a documentarian as a narrative filmmaker, and her attention to detail is quietly but profoundly vivid. Everyone has at least one relative in common, fashion is whatever’s available, and property is only loosely defined, perhaps accounting for the cautious generosity of the inhabitants. Employment is the exception. Meth and debt are the rule. Law enforcement is beside the point.

Tremors of the need for Lawrence’s current advocacy—and of the structural imbalances that make her Katniss such a satisfying hero—course through the way women make do in this world. Men are driven indoors by drugs or out of the picture entirely, leaving a makeshift matriarchy in their stead. When they do appear, they assert their dwindling relevance in desperate displays of aggression. Women, for their part, are deferential seemingly for a lack of better options. Even Ree’s humble ambition of ROTC enrollment seems increasingly out-of-reach, as her dad’s whereabouts come grimly into view, and she begins to realize how thoroughly paternal failure requires the feminized labor of cleaning up after him. – Benjamin Aspray