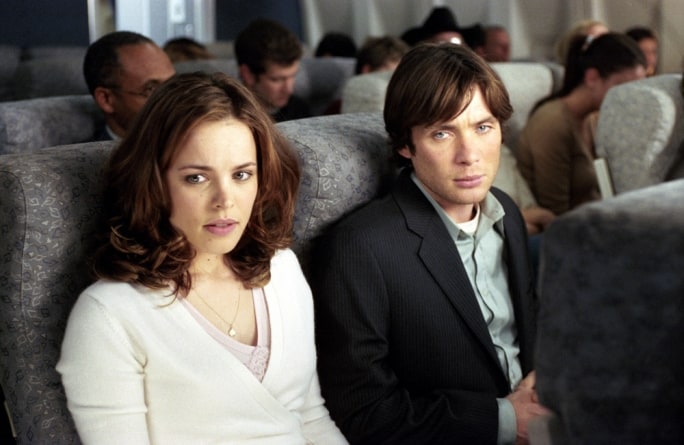 If Red Eye’s lack of grindhouse pleasures are due to Craven’s noble efficiency, the film is nevertheless an enduring testament to his towering formal abilities

Wes Craven was in an interesting place toward the end of his career. As much as he stuck to the horror stuff he knew so well (Scream 3 and 4, Cursed), there are some curious if not entirely successful digressions, like the feel-good Music of the Heart (1999) and “Père-Lachaise,” his contribution to the omnibus Paris, je t’aime (2006). Red Eye, released in 2005, isn’t much like his traditional horror fare, but it isn’t a dramatic departure, either. Craven’s most thoroughly Hitchcockian effort, the film finds a sweet spot between the director’s old tricks and the ambitious inclinations he had as he neared the end of his career.

Carl Ellsworth’s script features a deliciously classic setup. The beautiful and young hotel manager Lisa Reisert (Rachel McAdams) meets the handsome Jackson Rippner (Cillian Murphy) while waiting in line at an airport, and though he seems perfectly pleasant, we’re struck by his overfriendly demeanor and reassuring attitude. Right away, Craven mixes a sweet situation with a toxic atmosphere, creating an emotional dichotomy that will pay dividends as the film becomes increasingly tense. Following their awkward meet-cute, Lisa and Jackson wind up sitting next to each other on the plane, and it’s here that he reveals his true identity as a terrorist operative who’s been sent to force Lisa into aiding him with a remote attack on the Secretary of Homeland Security, who’s staying at the hotel she manages. Lisa must comply, or Jackson will deploy a hitman to kill her father. Cat-and-mouse thrills ensue.

Sleek and compact, the 85-minute Red Eye is an absolute marvel of economic genre filmmaking. Not a single moment feels ill-tuned or out of place. In his review for The A.V. Club, Scott Tobias wrote that the film is “a perfect piece of architecture . . . it’s clean-lined and soundly structured, without a foot of wasted space or any materials left unused.” Indeed, the film is immaculately assembled, a testament to Craven’s rare sense of craftsmanship and reverence for cinematic form. But there’s also something a bit too preordained and programmatic about it. Set it alongside earlier works like The Last House on the Left (1972) and The Hills Have Eyes (1977), or even something like Wes Craven’s New Nightmare (1994)—all of which thrive on a certain madcap genius and grungy aesthetics—and suddenly Red Eye seems somewhat stale and sanitized.

If Red Eye’s lack of grindhouse pleasures are due to Craven’s noble efficiency, the film is nevertheless an enduring testament to his towering formal abilities. Throughout his career, the director often spurned cheap scare tactics in favor of rich characters and thoughtful stories, so that in those moments where he did indulge in cheap scare tactics, they were genuine and well-earned. Such is every hair-raising moment in Red Eye, from Jackson’s initial reveal to Lisa’s clandestine palming of a certain ballpoint pen. Here, the director doesn’t just display his knack for old tricks, he shows us why they matter. Each twist, turn and jolt holds a unique place within the fabric of the film, and the fun of watching Red Eye comes not just from the way Craven works us as an audience, but also appreciating the specific, artistic ways in which he’s doing it.

All of which makes the idea of Red Eye being a “perfect piece of architecture” all the more apt. For all the sweaty tenseness and fast-paced action, the film is open and welcoming, not to mention impossibly entertaining. Craven, like Hitchcock, directs with his audience firmly in mind, and he prioritizes their viewing experience over perhaps everything else. His best movies are like domiciles for us to nestle inside; we’re embedded in their structure and entrenched in their style. With Red Eye, Craven, a gracious host despite his lurid eccentricities, puts a roof over our heads and proceeds to show us the wonders of his craft.