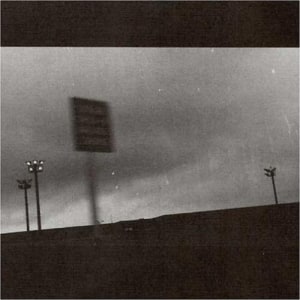 “East Hastings” is likely named after the worst part of Vancouver, BC. From downtown, you go north, then head toward Chinatown, and for eight blocks on East Hastings Street, you see nothing but the grittiest of urban environments. Much like that, this song is a journey set in small blocks. The three primary movements break this 17-minute song into five to six minute bites. They hybridize classical and rock musical styles by overhauling rock into a classical overture. Godspeed is a master of texture, integrating two basses (one often bowed), a violin, two drummers and three guitarists into the mix. Like the walk from downtown to Hastings to Gastown to Chinatown, “East Hastings” trades off between the visceral, the pretty, the empty, the hopeless and the gorgeous.

The song opens with a street preacher, who gives way to the wail of bagpipes. Monotonous and broken into movements that layer upon one another, Godspeed is no stranger to negative space and thematic repetition. Eventually, the more familiar rock elements take root, but well past the six-minute mark, far beyond the length that most conventional bands would even make it to with a song. After the tempo crescendo, they drop into a whole new movement 12-and-a-half minutes into it, and they close with a third movement comprised of echoing guitars and textures that give way to nasally string wails. If there ever was a “hit” Godspeed song, this would be it. Speaking of a “hit,” are you addicted yet? 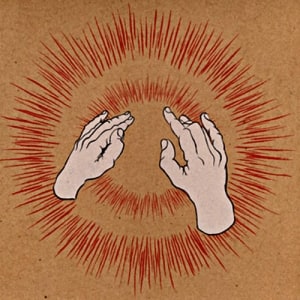 Lift Your Skinny Fists Like Antennas to Heaven: “Static”

Feedback, buzzing…maybe a train? Is this being done with guitars and pedals, or samples from a broken filmstrip? Such is the landscape almost always carved out by Godspeed. Strings haze into sonic view. Yes, that’s a guitar, right? More harmonic noise. The sound of Sputnik? Throbbing. Static. A man rants—that’s clearly a sample. But it’s about god and prophets, and it makes about as much sense as everything before it. Static indeed: even our words are static, noisy, meaningless.

The mood changes from confused to coherent. Have we woken up? Plucked bass accompanies violin. Guitars wail in and out, building momentum and tension. Four octaves of noise and harmonics break and wash into a violin solo. Thirteen minutes in, the song gels into what would resemble a rock tune. It builds in intensity and tempo. Wailing and howling. Crash. Release. But it’s not over. Just time to go back to dreamland as the harmonics drive into your brain. Bowed cymbals lend an ethereal moment. Musical purgatory. A bridge over Styx into a bronze-tinged hallway of echo and buzz. Gentle bells nuzzle over the wash of metallic ringing. Is this song a dream or a commentary? A philosophical journey about our own meaningless pursuits? Fuck, this is good. And beautiful. Surrender. Just go with it. There is no time in a Godspeed song. And after 22 minutes, it trails off to nothingness. 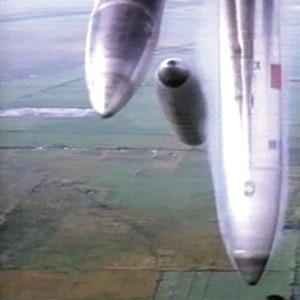 At the time GY!BE entered their decade-long hibernation, the Bush administration was just beginning to yield its bitter harvest, making Yanqui U.X.O. the band’s sole transmission from the era immediately following September 11th. Stripping away the field recordings and vocal samples that were so prominent in their early releases, but bulking out their lineup with additional musicians (including avant-jazz artist Matana Roberts on clarinet), Godspeed produced their most somber record to date, one that reflected the paranoia and uncertainty of the political climate. Not that they couldn’t soar when they wanted to. Opening track “09-15-00,” named after the (incorrectly identified) date of the start of the second Palestinian intifada, works its way up from its hushed, hypnotic beginnings to a state of ecstatic frenzy with exquisite patience. The eight or so minutes leading up to the song’s climax features some of the group’s most delicate compositional work, while still building an atmosphere of disquiet, and when the beast finally slips its chain, it does so with a full-throated roar as beautiful and devastating as any in the band’s fearful menagerie. 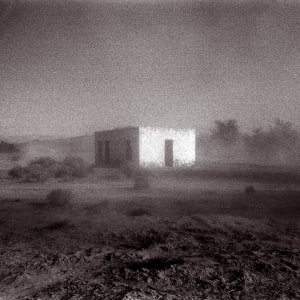 Around the time ‘Allelijah! Don’t Bend! Ascend! came out, Godspeed You! Black Emperor did an email interview with The Guardian that almost makes any critical writing about them seem obsolete. In the interview, the band outlines what it stands for, how it works and what it values in stories and metaphors that are as paradoxically straightforward and muddled as listening to one of its albums. This passage is especially telling: “For us every tune started with the blues but pointed to heaven near the end, because how could you find heaven without acknowledging the current blues, right?”

“We Drift Like Worried Fire” contains two sections that are as foreboding and alien as anything the band has ever done. The first, which runs for roughly the first five minutes of the song, sounds like a warning siren and an abandoned laboratory—like something has gotten out, only there’s no one left to hear the alarm. The second happens roughly 11 minutes in, and sounds like a herald for the arrival of something large and ambivalent. Both these passages, which are built on strings and sound manipulation, are washed away by driving, lifting arrangements of clear guitars, clear strings, clear drums—the unfamiliar and oppressive, trumped by simple tools anyone can use.

Mighty forces conspire to crush us. There is no doubt that they can be endured, if they are endured together. What hunts us can be survived, but there are no guarantees. You must acknowledge the blues, but you can find heaven. 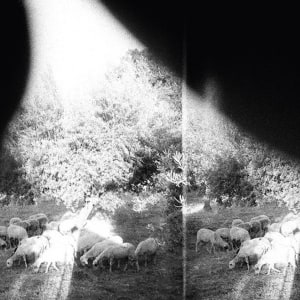 Asunder, Sweet and Other Distress: “Piss Crowns Are Trebled“

Asunder, Sweet and Other Distress stands out as the runt in Godspeed You! Black Emperor’s otherwise hearty litter, doubling down on the binary dynamic of drone/crescendo rock that ‘Allelujah! Don’t Bend! Ascend! had settled into, but without the added benefit of the former record’s reunion-album excitement. Still, anyone who made it to the end would reap the glorious reward of “Piss Crowns Are Trebled.” A big, snarling bassline comes a-huffing and a-puffing out of the skittering cloud of strings and guitars left in the wake of “Asunder, Sweet.” In fits and starts, Sophie Trudeau’s violin and a veritable legion of guitars work themselves into a tight formation, dancing graceful, loping figure-eights around one another. About six minutes in, one of the guitars breaks out of the pack and ignites into a pyrotechnic display, and then the whole thing scatters and comes back together into a crushing groove for its second act. It’s a pleasant reminder that, while the band’s methods may have become familiar, they still possess the power to awe.