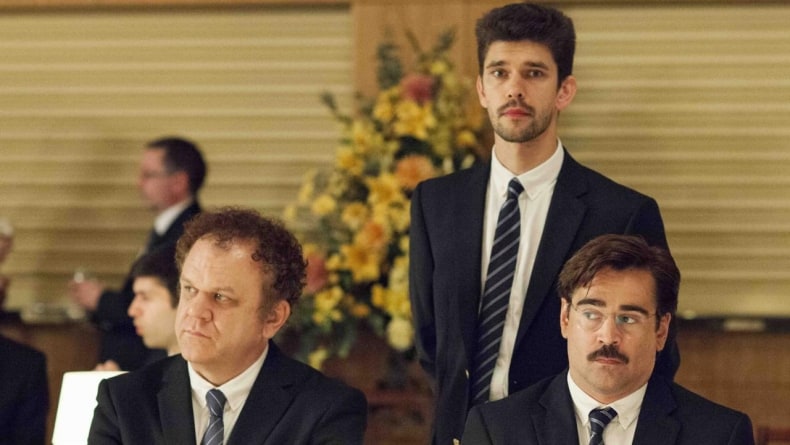 The Lobster dwells on the harsh truths behind the struggle for companionship.

In Yorgos Lanthimos’ English language debut, The Lobster, he presents to audiences a fully realized world, cut from whole cloth. There are science fiction elements on display, but it feels more like a twisted fairy tale, a dark fable spiritually close to our own world. Using his unique voice, Lanthimos skewers the very real preoccupation with loneliness and connection by exploring them in an absurdist alternate reality painted with broad, caustic humor.

In the film, Colin Farrell plays David, a sullen, newly single male. Here, in The City, uncoupled individuals are sent to a resort of sorts called The Hotel. There, they have forty five days to find a mate. If they fail in their quest for love everlasting, they’re turned into the animal of their choice, to have a second chance at romance in a new form. The Hotel is set up like a dating show from reality TV hell, with daily dances, odd rituals, and hilariously dry seminars on coupling. Early in your stay, tenants are forced to have one hand tied behind their back, so they can understand the value of things that come in pairs. At one point, another single, played by John C. Reilly, has his hand held inside a burning toaster for being caught masturbating.

The beauty of The Lobster is that it’s quite funny, so long as you don’t think about the psychological underpinnings for more than a few passing moments. Underneath the high concept gags and curiously structured bits of hilarity, there’s a sullen darkness, its weight equal to the distance between what the film exaggerates and how our actual world truly functions. Sure, here the societal pressures are dialed up to a near homicidal level, but that extrapolation just becomes a coping mechanism. It’s that much easier to find satisfaction in the film’s sterling observations when there’s a fluffy cushion of artistic quirkiness keeping the aesthetic distance at bay.

The film’s first half is briskly paced and establishes this status quo with startling economy. You never question any of this society’s intricacies because the relevant details are fleshed out with such certainty. It’s an efficient, effective approach to world building that’s as impressive as it is refreshing. The core concept driving this reality seeps into everything, especially the interactions singles have with one another. The dialogue takes on a shockingly straightforward tone when hooking up becomes a life or death situation.

There’s a set piece early on introducing the concept of “The Hunt.” One of the ways singles can extend their stay at The Hotel is to venture out into the woods to hunt “Loners,” singles who’ve escaped into the wild. The sequence is both thrilling and comical, but it also opens the world up even further. The film’s second half picks up this narrative strand, following David into the flip side of the coin as he lives with The Loners. There, he falls in love with a Short Sighted Woman (played by Rachel Weisz), only in this particular tribe, coupling is forbidden.

It’s in this second half that the film begins to falter, as the ins and outs of Loner culture don’t lend themselves to the sharp jokes of the first act. There’s a slight tonal shift, as watching Farrell and Weisz try to hide their palpable chemistry is a more painful cinematic experience than, say, watching Ben Whishaw repeatedly slam his head on a table to find kinship with a perpetually nosebleeding woman. The story begins to veer far more into tragic territory, though it doesn’t lose its perspective or insight.

While it’s a real blast to watch Lanthimos cleave the head from the romcom genre and roast it on a spit, the more The Lobster dwells on the harsh truths behind the struggle for companionship, the harder it becomes to watch. It lulls you in with pretty easy, if esoteric, laughter before forcing you to confront some truly queasy realizations about the human condition. It’s an ambitious, challenging film that showcases one of the more original voices working in modern film.