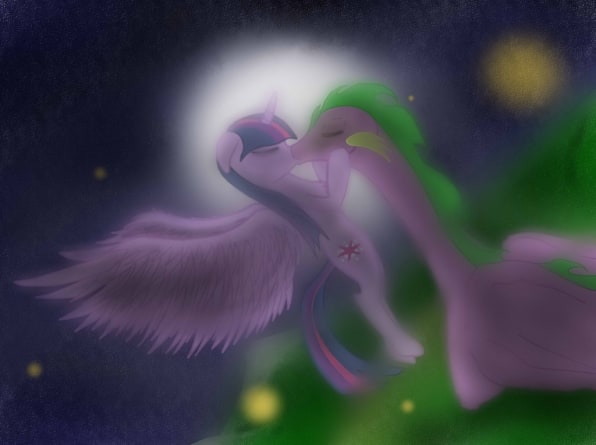 In 1958 Eddie Cochran turned blue-collar teen woe into rockabilly cheer on “Summertime Blues.” Ten years later three Bay Area acidheads dropped the key, slowed the tempo, cranked the amps and, by most accounts, invented heavy metal. Blue Cheer’s bloozy sludge, swapped in for the paternal basso profundo forcing Eddie back to work, comes closer to the indignity of minimum wage in sweltering heat than the original’s spritely licks ever could.

OutKast are typically known as cosmopolitans, but “Spottieottiedopaliscious” is as homegrown a Dirty South ballad as has ever reached yankee ears. Over dubbed-out boom-bap, lazy funk and hazy horns, Andre 3000 and Big Boi, with the help of Sleepy Brown, evoke the soothing night air of summer in Atlanta, circa Big Daddy Kane’s heyday, thick with humidity and the volatility of youth. Andre doesn’t remember much, but Big Boi does, specifically encountering his future baby’s mama, inspiring one of pop’s most vivid lines: “Her neck was smelling sweeter than a plate of yams with extra syrup.”

3. Bomb the Music Industry! – “Side Projects Are Never Successful”

There is a specific kind of summer heat that burns hotter, seeps more deeply into the pores; it is “stuck in traffic” heat, in which bodies slow-cook like Hot Pockets in individual toaster ovens on a stalled highway, and it scorches unlike any naturally-occurring heat. “Side Projects Are Never Successful” shimmers with that kind of temperature. Few songs capture the childish decay that being in a sticky car going nowhere can create—leave it to punk music to bridge that gap.

It’s Cole Porter, classic and from the Red Hot + Blue compilation. In Kansas, where the heat indexes soar and rain becomes a precious commodity in the summertime, it’s often too darn hot. This, then, becomes essential listening. And, Erasure being Erasure, well, that alone just cools everything off.

B.B. does an impeccable job with this one. The timbre of his voice, his phrasing and the way you know he understands the lyrics, that it runs deeper than you first think. Why don’t more people cover this?

The best American male vocalist. More people than probably necessary have covered this one, but Cooke’s delivery and the arrangement bring a melancholy that more than half of them miss. No, he didn’t write it, but damn if he doesn’t own it.

Historians are wont to remind us that hippiedom had its dark side, but the flower children of Jefferson Airplane were already way ahead of them: “White Rabbit” ushered in the Summer of Love with the ultimate bad-trip song. Grace Slick perches between sadism and panic as our guide through Lewis Carroll’s proto-psychedelic visions. A martial rhythm section adds a sense of regimented menace, conjuring up the moment when the drugs take a turn and the warm, enveloping sunlight suddenly becomes overbearing and inescapable.

“Since I Left You” is the sonic equivalent of the world’s tallest glass of water on a hot, hot day, and not just because of the crashing waves that bookend it. The Avalanches’ justly celebrated ability to find joyful bliss in used vinyl crates is on full display here, bowing neither to the postmodern irony nor the sensory overload typical of the plunderphonic genre. Indeed, the tapestry of bossa nova flutes, AM pop vocals and jet set ambiance feels almost radical in its immaculate, ecstatic earnestness.

2. Thin Lizzy – “Dancing in the Moonlight”

The obvious choice is “The Boys Are Back in Town” but this is even better. What’s better than cooling off in a movie theater during a heat wave? Not getting chocolate stains on your pants. That, apparently, was a reality for some movie goers at Lynott’s favorite cinema.

One of the only phrases that the uninitiated will make out from Juvenile’s mush-mouth ode to New Orleans street-level hustling is “It was hard for you to breathe, Ha?” That heaviness of air comes from specific places, under specific times. Those trying to navigate the world on a 101-degree day will know it well; those trying to live on the bottom rungs of society feel it constantly, regardless of the temperature.

“Satan Said Dance” doubles as two specific introvert nightmares; not only is hell a sweaty, flaming pit of despair, it’s also a disco that cannot be escaped. There is such a thing as sexy sweat, but that’s not the kind of perspiration that Clap Your Hands Say Yeah generate on this standout from its underrated second album, Some Loud Thunder. This is an armpit-stinking, hair-falling-out kind of sweat, one that comes from moving to a song because the devil compels you.

At the end of the day, the only real way to beat the heat is to avoid it until it breaks. Minus the Bear’s “White Mystery” has the kind of stabbing peaks and empty space that drops the temperature in a room a few degrees just by playing it. Those crystal-clear guitar riffs and lyrics also suggest a more natural way to pass the time while cooling off.