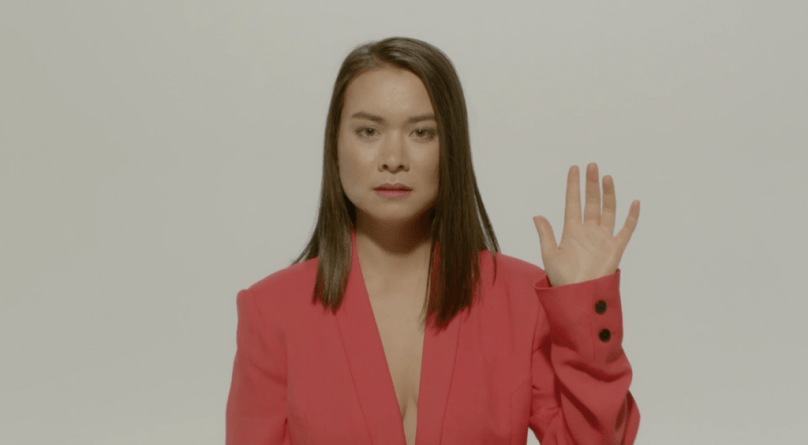 The gift of Mitski’s music is not only in the giving.

Dressed in unassuming black, hair pulled back, Mitski Miyawaki walked onto the stage with the inconspicuous authority of a tech crewmember. She fiddled with levels, put everything in order, took up her electric guitar and stepped up to the mic. Long alluring notes—singing reminiscent of an Islamic call to prayer—alerted the college-age audience at Music Hall of Williamsburg that her set had started.

Having cast her spell in those opening strains, Mitski launched into “Townie” from her 2014 breakout album Bury Me at Makeout Creek. The stoic, indie-rock singer-songwriter was accompanied only by a stalwart drummer. Together, the two instruments wove a lush blanket of sound over which the New York-based artist laid her seductive vocals. The audience was rapt, and the glow of cell phone screens that accompanies millennials like a bad aura, conspicuously absent.

She charged through her set, addressing the crowd directly for the first time to thank them sweetly, but, more practically, to introduce her only cover song of the night: a rockifed version of “How Deep Is Your Love” that retained the stratospheric flavor of the Calvin Harris & Disciples original.

Mitski played across her four albums, revealing nothing in face or body, as the conviction of her oscillating lines and vivid lyrics transported the crowd. “So come inside and be with me/ Alone with me,” she begged in “Once More to See You” off her latest album Puberty 2. Her voice grasped, evoking a childlike sensuality: “If you would let me give you pinky promise kisses/ Then I wouldn’t have to scream your name.”

Her set arrived again and again at the brink and reached release. It was freed by a full throttle scream or a barked and biting word, emerging from a lull. Her power was unquestionable in “I Don’t Smoke,” as she gave herself up to suffer for love: “I am stronger than you give me credit for.”

The gift of Mitski’s music is not only in the giving. “Thank you for really listening. Thank you for giving my music meaning,” she said at one point during the night. Her audience, many just skimming the surface of adulthood, seemed to want nothing more than to give something of themselves in return, totally relieved by the demands of this music: to be honest, reflective, empathetic.

In her most physically assertive moment, Mitski took a step closer to the mic, tugged her hair loose, and delivered the opening lines of “Drunk Walk Home,” as though in soliloquy. “Fuck you/ And your money,” she yelped with frightening determination. As the song decomposed, her shrieks and wails coupled with those issuing from the crowd.

“Okay,” Mitski addressed her congregation in the humble tone that deifies each of her rare words. “I have two more songs. Those are my encore songs, and after I finish these, let’s all quietly go home and think about today.” So the drummer exited the stage, and the singer performed two poetic meditations over a spinning of single strings, the final statements in her national tour. Her followers applauded hugely—“We love you, Mitski!”—before shuffling, sated, out of the venue. 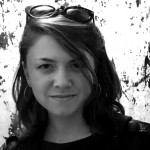 Lillian is a Brooklyn-based writer and recent graduate of NYU, where she studied cultural criticism and creative nonfiction. You can find her jogging feebly along the East River, trying to outrun her demons.