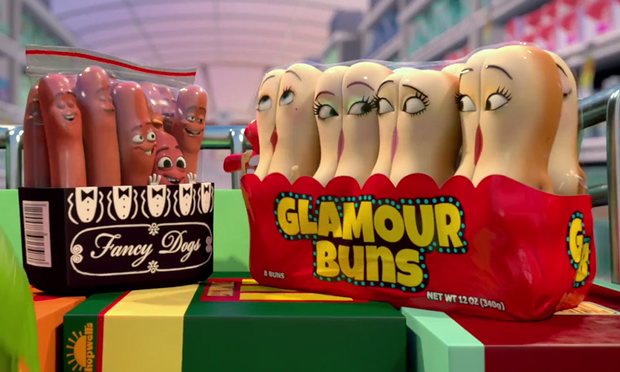 Too many studio comedies play it safe.

Too many studio comedies play it safe. If you look at the funniest films of the past 10 years, most are subversive in their humor, refusing to kowtow to a dumbed-down PG-13 rating. Comedy needs teeth, looks beyond good taste, shoots for that hard R. Settling for PG-13 has killed many a film, including this summer’s shitty Ghostbusters reboot. Not all comedy need be raunchy, but it helps. However, raunch alone isn’t enough. South Park: Bigger, Longer, Uncut is plenty filthy, but its subversive nature is what makes that film so funny so many years later.

Back in 2013, Seth Rogen and Evan Goldberg wrote and directed This Is the End, one of the craziest, dirtiest and best comedies of the new century. Although the plot—actors trying to survive in an apocalyptic scenario—is ridiculous, Rogen and Goldberg made the ingenious decision to have the actors star as hyper-versions of themselves. It takes a pretty fucked up mind to write a film where a coke-snorting Michael Cera is being orally serviced at both ends by some ladies at a party. But that’s what made This Is the End so inspired. It took good taste, set it on fire, pissed out the flames, jizzed on it a little and then fucked it in the ass. In the nicest way possible, of course.

At its core, This Is the End is a bromance where Rogen and Jay Baruchel overcome their differences and recognize the power of friendship. These sorts of gooey messages lurk at the heart of all Judd Apatow films, but unlike Superbad and This Is the End, Apatow often doesn’t cross the line far enough (not to mention that he slathers on at least 30 minutes of too much celluloid to his pictures). Fucking hell, Funny People is 146 minutes long.

The best comedies also discover a way around the “been there, done that” issue that plagues the genre. How many comedies are truly timeless? Remember when people loved My Big Fat Greek Wedding? Charles Chaplin and Buster Keaton figured out the formula, marrying narrative to their comedic acrobatics. Jokes often just aren’t as funny the second time around. There needs to be more. There needs to be substance. And let’s not even get started about sequels and how they destroy the goodwill established by the first film.

This may seem like a long-winded intro to a Sausage Party review, but I really don’t want to give anything away about the movie. All you need to know is this: the film’s animated, it’s about anthropomorphic food and it somehow manages to shock despite the lines Rogen and Goldberg (who helped write the screenplay) have crossed before in Superbad and This Is the End. On-hand once again is Cera, Jonah Hill, Paul Rudd and James Franco, along with newcomers Kristen Wiig, Salma Hayek and Edward Norton to lend their voices. But like I mentioned above, filth isn’t enough. At the heart of Sausage Party is a message of tolerance, religious and otherwise. And just how the fuck Rogen and Goldberg managed to shoehorn that sort of thing into an animated feature about food, I’ll let you discover on your own.