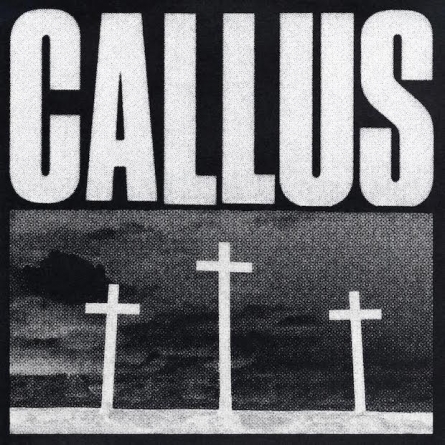 The sounds Gonjasufi makes are hideous.

When musicians undergo some kind of emotional trauma, they often end up making albums they need to make rather than ones they necessarily want to make. These albums tend to be emotionally raw and sonically experimental. Usually, they diverge dramatically from audience expectations, and, as such, they’re often reviled or polarizing upon release before taking on second lives as cult classics. I’m not talking about breakup albums; it seems pretty easy for artists to channel their separation woes into pop-friendly art. I’m talking about the ugliest manifestations of pain: real exorcisms, the albums that make you wince even at their best.

On one end of the spectrum, we have Kanye’s 808s & Heartbreak, which is capable of spawning hits and isn’t that hard to listen to on your morning commute even if it’ll leave you a little shook up when it’s over. On the other, we have Red Hot Chili Peppers guitarist John Frusciante’s Niandra LaDes and Usually Just a T-Shirt and Smile From The Streets You Hold, seemingly unfiltered documents of personal anguish with no commercial pretense. It’s hard to imagine anyone listening to either of those albums unless they’re in a dark personal place and can tune in at least somewhat to Frusciante’s wavelength, even if they’re not addicted to heroin as he was.

Gonjasufi’s Callus, the singer’s first release since 2012’s mini-album MU.ZZ.LE and first full-length since 2010’s A Sufi And A Killer, skews closer to the Frusciante side of the coin. Those accustomed to Sufi’s smooth stoner tones will have to rewire their expectations of a Gonjasufi album. Callus is dark, dark stuff, and though it’s not necessarily a bad album, it should prove an intensely unpleasant listening experience for anyone not looking to indulge in catharsis.

It’s hard to say what’s happened to poor Gonjasufi. For most of the album, his lyrics are incomprehensible, buried behind caked-on layers of distortion. Those that shine through are words like “demons” and “shadows.” The title of “Carolyn Shadows” and the lyrics to “Vinaigrette” – easily the most comprehensible song on the album – suggest a breakup’s to blame. If so, he’s taking it a lot worse than most of us. The typical breakup album inflates loss to operatic proportions, the musical equivalent of sobbing into a sundae. Here, Gonjasufi croaks from the shadows, retreating into his own head rather than projecting his emotions outward.

The sounds Gonjasufi makes are hideous. The man shrieks, croaks and sobs throughout, and some of the sounds he makes with his voice are so in-the-red as to blur the distinction between voice and instrument. It’s a wrenching vocal performance, and it’s all the more impressive for the anger and sadness it conveys in spite of incomprehensible the words are. The closest precedent in Gonjasufi’s discography to this kind of vocal hysteria is the Sufi cut “She’s Gone” – by no coincidence, a breakup ballad – and the sickening, guttural frog-scream that caps it off.

The music’s not much cheerier. Callus is light on the hip hop and psych influences of his prior work. Instead, it’s essentially a fusion of punk rock and doom metal filtered through lo-fi, dubby production. The tempos are slow, the riffs ponderous. Bass and guitar dominate the textures rather than samples, making the moments where samples shine through – the sitars on “Greasemonkey,” for instance, or the atonal violins that kick off “Carolyn Shadows” – extra-psychedelic. Electronics are used to warp the texture rather than add to it. There are moments, most thrillingly on opener “Your Maker,” where the songs seem to get stuck and stutter and loop; think the “broken record” section of Tame Impala’s “Let It Happen” but infinitely more frustrating.

Frustration is the main feeling the average listener is likely to feel confronting this thing, especially given the turgid pace at which both the album and its maker move. If you came to Callus looking for more stoner music – and, indeed, not many albums are better-suited for THC than A Sufi And A Killer or MU.ZZ.LE – this album might prove straight-up infuriating. It’s likely to lose Gonjasufi a lot of fans, and I can’t imagine anyone putting it on for a second spin right after the first. And there’s no promise he’ll put out anything more satisfying anytime soon.

But is it “bad?” Well, that’s hard to say. It does a great job of communicating anguish and turmoil, even when it’s hard to know what he’s saying. There are fascinating sounds scattered throughout, and its fusion of electronica with extreme music is audacious. But in order to enjoy its best qualities, one must put themselves through a thoroughly gut-wrenching experience.

Daniel Bromfield is a writer, musician, queer, poptimist and Prince obsessive currently residing in Portland, OR. More of his work can be found at danielbromfield.com.