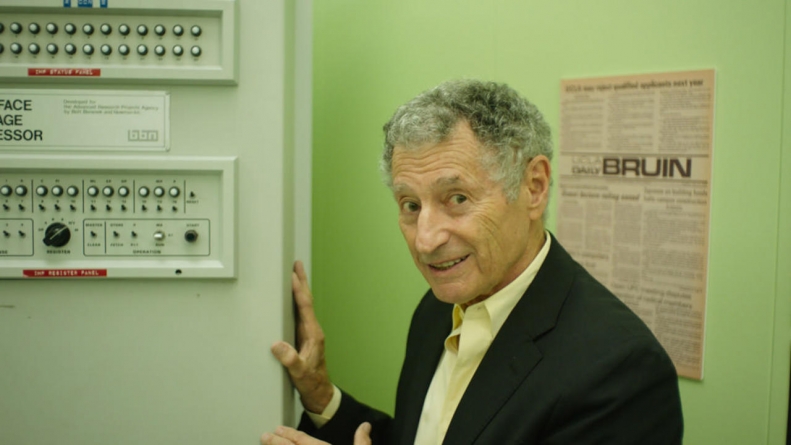 “Could it be that the internet dreams of itself?”

Lo and Behold, Reveries of the Connected World David Harris

Werner Herzog has become a better documentarian than feature filmmaker in the latter portion of his career, transporting his audiences via non-fiction films to remote places such as Antarctica, the Alaskan wilderness and into a prehistoric cave in France. For someone who pushes at the boundaries of the Earth, it makes sense that Herzog would eventually carry his inquiries to the virtual world. In his newest documentary, Lo and Behold, Reveries of the Connected World, Herzog examines the internet, where it came from, how it’s used now and where it will take us all.

Unlike Herzog’s other recent documentaries, Lo and Behold tackles a subject so encompassing it’s impossible for the film to retain its focus. Broken into distinct chapters, Lo and Behold begins as a straightforward history lesson but then casts about in numerous directions that include cyberbullying, internet addiction, people who claim radiation from cell phones makes them ill and astronomers who hypothesize what will happen to civilization if sunspots disrupt the vast network we now rely upon.

The film begins at UCLA where internet pioneer Leonard Kleinrock takes Herzog on a brief tour of the room where the web supposedly began in 1969. Here, scientists used one computer to communicate with another in a remote location. Since this a Herzog film, a linear history lesson is not what you’re going to get. That is also the film’s downfall. Most of the segments could have been their own film. Instead, we get a mash-up of scenes about self-driving cars and an interview with Elon Musk about travel to Mars. It’s as if the director realized that making a film about the internet was such a staggering proposition that he gave up trying.

Herzog also lacks the eye-popping beauty here that filled Grizzly Man and Cave of Forgotten Dreams. You cannot replace the majestic mountains of Alaska or the skeleton of a cave bear with images of computers and circuitry. Herzog has a knack for choosing wonky and interesting folks for his interviews (Remember the guy with the fingers in Encounters at the End of the World?), but here, we get some relatively tame computer folks. Even the former hacker he interviews doesn’t exude the crazed verve for life we have seen the subjects possess in past Herzog documentaries, including that coroner in Grizzly Man.

So what makes Lo and Behold worthwhile? Like all of Herzog’s films, it is definitely thought-provoking. Many of us interface with the world without questioning what is put before us. Herzog pushes to understand not only how we use the internet, but how it uses us. As usual, Herzog’s musings are insightful, and he posits questions (“Could it be that the internet dreams of itself?”) that most folks wouldn’t dream to ponder. Herzog has always been one to believe in chaos, and he presents a chilling vision of a post-internet world. How many of us still remember telephone numbers? How did we meet up for events before texting or find our way without Google maps? Even the satellites that circle the Earth rely on the internet to operate. Lo and Behold presents an excellent start of a conversation, but it’s one that is best continued with friends after the lights come up. You won’t be getting any answers here.