MusicfestNW Presents Project Pabst is quite the mouthful. A mash-up between Portland’s venerable MusicfestNW and new kid on the block Project Pabst, the festival presented a mix of music for the kids (Tame Impala! A$AP Ferg!) alongside sets for the oldheads (Duran Duran! Ween!). Sprinkle in a myriad of night shows featuring acts such as Digable Planets and Guided by Voices and Portland is almost back to the glory of MFNW of old where the entire city turned into a big musical playground this time of the year.

Things weren’t always so awesome. Over the past decade, MFNW slowly started to suck. That wristband that came with the promise of unlimited bands at unlimited venues soon became second class citizens to the folks who bought tickets to see specific shows. You only got in if there was room, leading to long lines to see popular acts. Pick the wrong band and you only got one show that night (or even none). Then the festival transformed into an all-ages fiasco at the waterfront, featuring an uninspired clutch of bands.

In swooped Project Pabst, loaded with beer money and the clout to bring in Weezer, Blondie, Tears for Fears and Run the Jewels. Housed at the mammoth gravel-pit and shade-free Zidell Yards, Project Pabst felt half empty in its two short years. In fact, neither fest sold that well. Then came the moment, like when someone figured out that crossing Taco Bell with Doritos would lead to big bucks. MFNW stuck its dick into Project Pabst’s peanut butter (or was it the other way around?) and a new festival was born, one that eventually sold out both days.

Before I get the music, here are some pros and cons of this new Frankenfest:

Pros: ample access to shade, free water refills, no Aramark food, in and out entry (we went out to dinner during an uninteresting two hour stretch and then came back in).

Cons: lots of drunk bros getting loaded on PBR, difficulty getting close to stage during a performance if not there early, corporate crap every step of the way.

Now, onto the music!

The only night show I had time to attend was Digable Planets’ reunion tour at the Crystal Ballroom. At first, it seemed like no one was going to show up, but by the time Doodlebug, Ladybug and Butterfly took the stage around 9:30pm, the hot and sweaty venue was quite full. Flanked by a live band, the Digable Planets trio played two hours of favorites from its two albums: Reachin’ (A New Refutation of Time and Space) and Blowout Comb. Kicking off with “The May 4th Movement Featuring Doodlebug” and ending with “Rebirth of Slick (Cool Like Dat),” the show was a stirring journey of positivism and political awakening. Unlike most MCs who try to provoke the audience, Doodlebug and Ladybug gave a more insular performance while Butterfly brought his Shabazz Palaces weirdness to his effects table. When the show could have ended following a rousing version of “Nickel Bags,” the group just kept on playing, even throwing in a cover of “Jungle Boogie.” It’s good to see Digable Planets back. Here’s hoping they are here to stay. 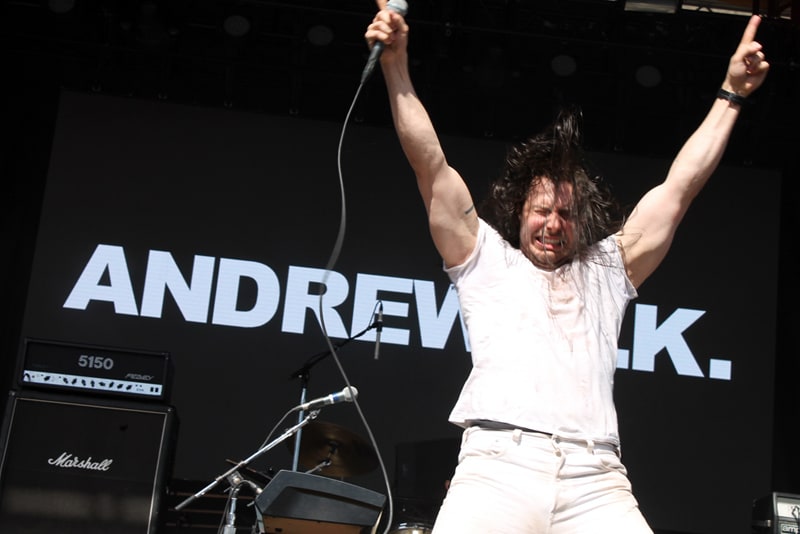 Hey, did you know that Andrew W.K. likes to party? It’s pretty amazing! This guy never seems gets tired. It’s also hard to believe that it has been 15 years since Andrew W.K. broke through with I Get Wet. That’s a decade and a half of partying! A 3pm midday set isn’t really the best time to rock out with the beating sun and all. Andrew W.K. was wise to wear white. I’ve seen him before in a club and the distance created by the festival stage makes a difference. No stage diving, no girls riding on W.K.’s shoulders. If anything, all Andrew W.K. did was get people to buy more PBR, the few that braved the sun, outnumbered by those lazing in the shade on the festival’s peripheries. 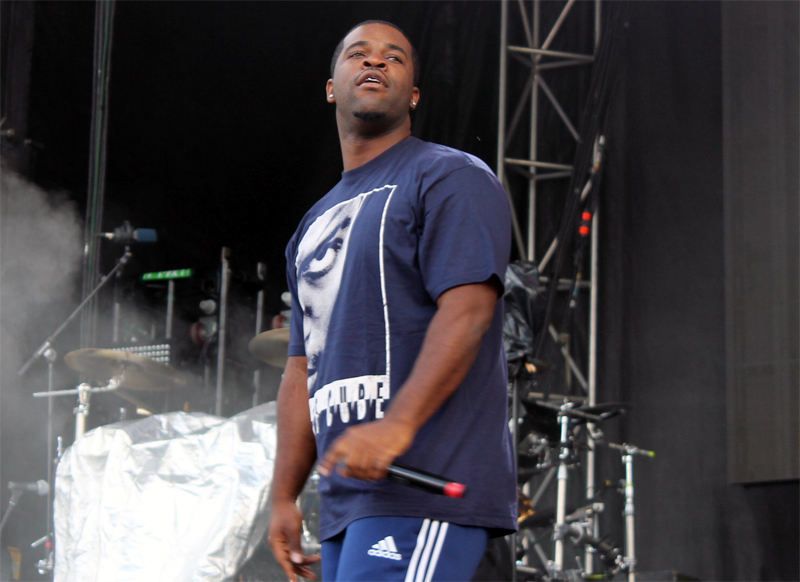 Okay, it’s pretty cool that Ferg showed up in an Ice Cube T-shirt. After seeing Digable Planets backed by a live band, a guy on the turntables doesn’t really measure up. The Harlem rapper delivered the second best rap performance of the day, inciting the crowd and grabbing his crotch while delivering tracks from Trap Lord and his latest LP Always Strive and Prosper. “Shabba Ranks” drew the loudest cheers. Lyrics such as “I fucked your bitch, nigga/ I fucked your bitch/ She sucked my dick” may not have contributed to a harmonious festival feel, but Ferg delivered. 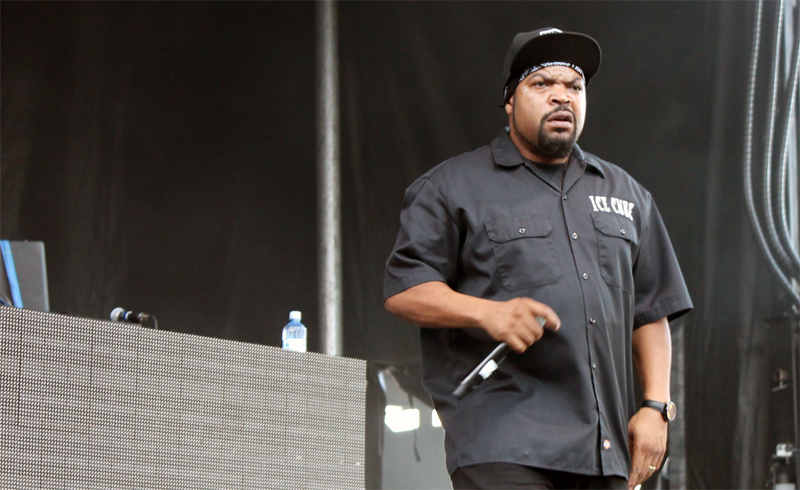 Towards the beginning of Ice Cube’s triumphant set the rapper finally addressed all those shitty movies and commercials he’s been doing. Provoking the audience, asking them if they heard that he could no longer “bring it,” Cube ripped through a 70 minute set featuring songs from throughout his career. And while it was pretty awesome to hear him end with “It Was a Good Day,” nothing tops Cube doing N.W.A. favorites such as “Straight Outta Compton,” flanked by son O’Shea Jackson Jr. and former cohorts MC Ren and DJ Yella. All we needed was Dre!! 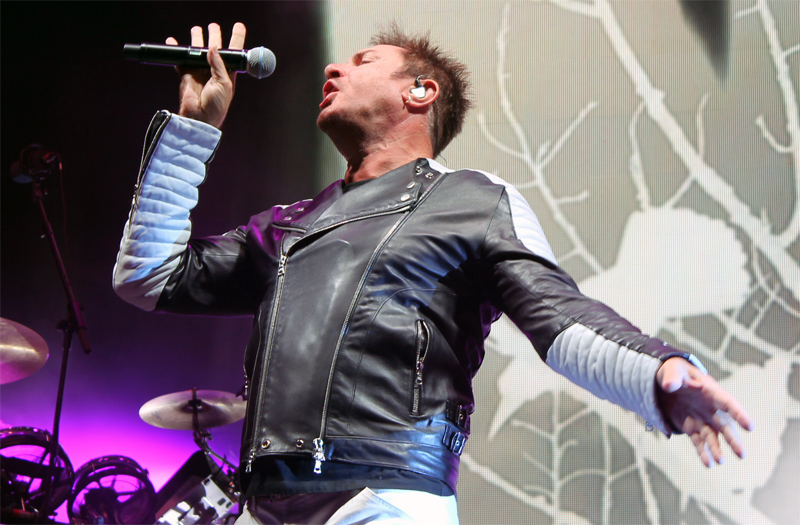 Duran Duran’s set began on the other side of the festival grounds immediately after Ice Cube’s, prompting more middle age Portlanders to run than a sale at IKEA. The ageless Simon Le Bon strutted and preened through a 90 minute set featuring Duran Duran favorites such as “Hungry Like the Wolf” to “Rio.” Latter day hit, “Come Undone,” was a particular highlight. Le Bon even paid tribute to David Bowie by adding a snippet of “Space Oddity” to “Planet Earth.” The festival ground was awash with people. A woman next to me held her hand over her chest and cried as she sang along. Confetti shot into the air. Duran Duran can still pack them in and break their hearts. 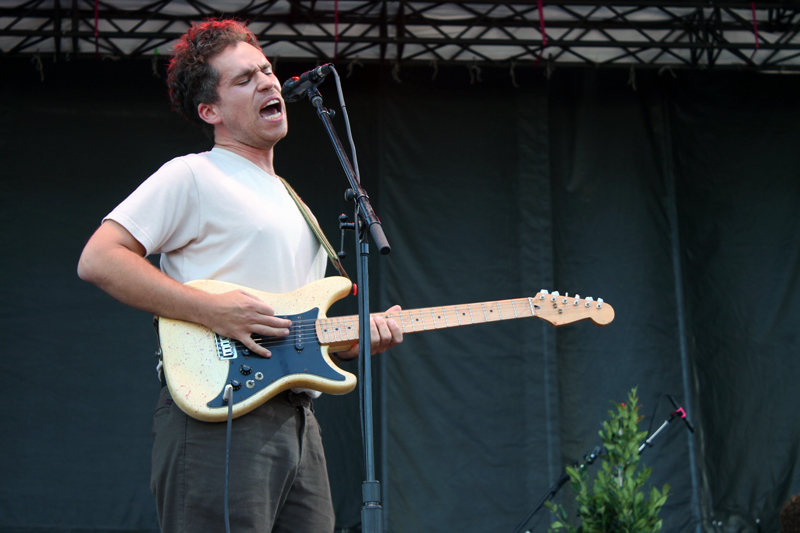 Two oddball bands at opposite ends of their careers. The reformed Ween overloaded the stage with charisma while Parquet Courts added some drone to their pop-punk. Dean and Gene Ween took a tour through the band’s strange career with a 70 minute set featuring favorites such as “Don’t Get 2 Close (My Fantasy)” and “Mister Richard Smoker.” Gene tore into a fiery version of “You Fucked Up” and the band closed out the set with an extended take on “Fluffy.” We got out of there right on time, right before Tame Impala took the stage. 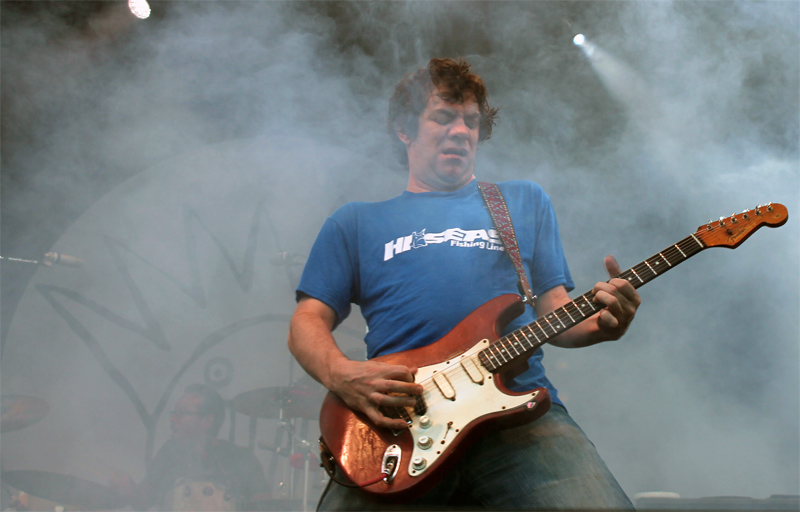 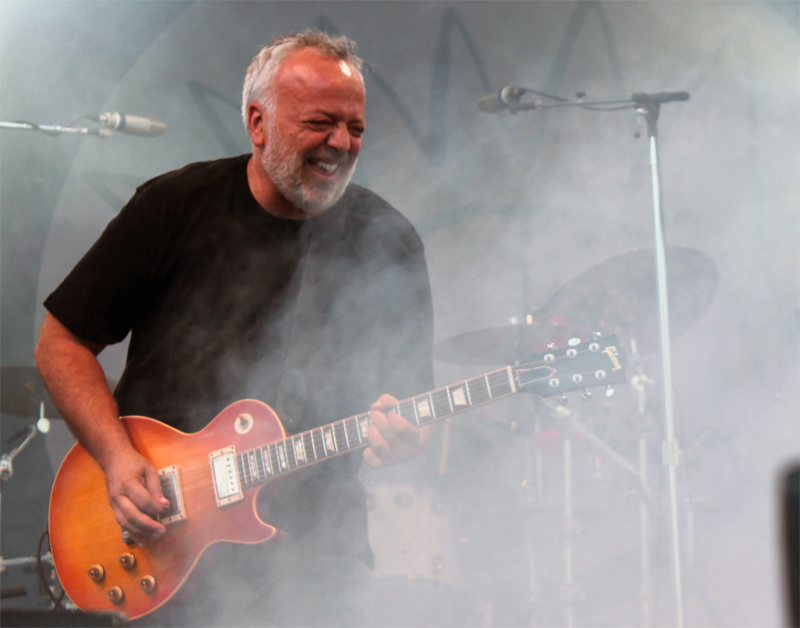