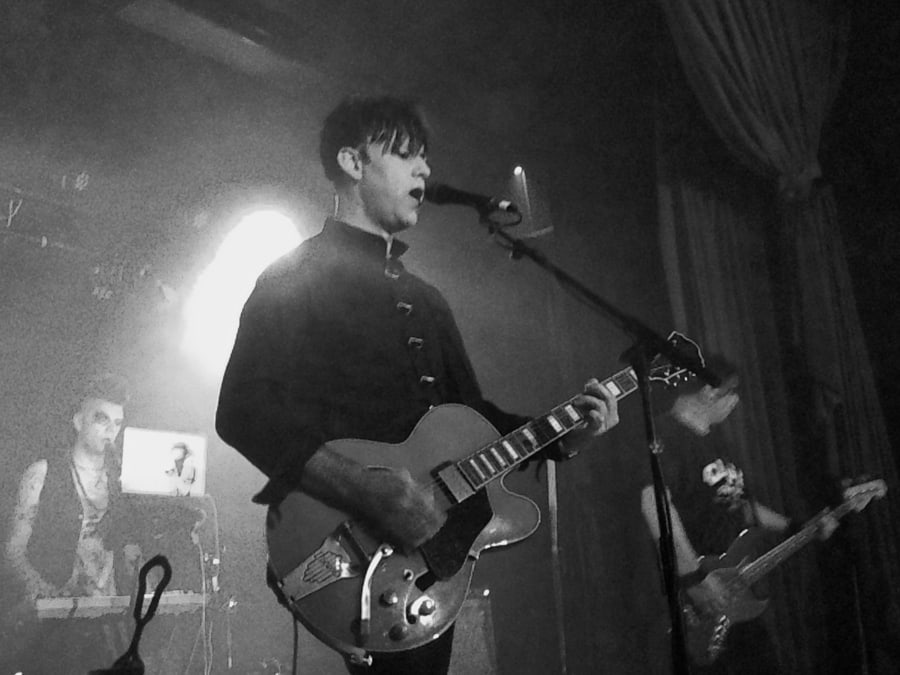 Goth is alive and well in Portland. When Dutch darkwave legends Clan of Xymox announced a late August show here back in the early spring, tickets sold out in less than four hours, prompting promoters to add a second date. Definitely a cult band here in the United States, the strength of Portland’s Goth community, who also turned out in numbers at this summer’s Cure show, was evident at Xymox’s sweaty, sold-out concert.

A cavalcade of black clothing, corsets, piercings and tattoos were on display at the Star Theater as concertgoers waited through five (!) opening acts for Clan of Xymox to finally take the stage at 11pm. The band’s two-hour set would touch on songs from its 20-year career, including some unusual covers.

San Francisco act All Your Sisters was the most impressive of the opening bands. One of my friends described their sound as if “Ministry fucked Melon Collie and the Infinite Sadness.” Though the duo’s music does contain some darkwave tinges, it definitely has its roots in post-punk and industrial. Imagine Pretty Hate Machine with some ambient hints. Frontman Jordan Morrison (guitar, synth, vocals) and Mario Armando Ruiz (bass, synth) impressed with songs from their album Uncomfortable Skin, lulling the audience into quiet reverie as their visceral music took hold. Clad in black, tattoos creeping up his neck, Morrison cut a fearsome figure on stage. However, the group played for only 15 minutes after Morrison announced that one of the synths had stopped working. The duo played one more song, Morrison spit at the crowd and then they were done.

Clan of Xymox’s two-hour show began with “Stranger,” a track from their 1985 self-titled debut, kicking off an 18-song set that included two encores. Featuring a revolving group of musicians, the one constant in Xymox since its inception has been singer/guitarist Ronny Moorings. Still looking lithe and youthful despite his 55 years, Moorings seemed in good humor that evening, cracking droll jokes (referring to our city as the “Costa de Portland” in reference to a hit wave) and announcing the titles of most songs before he played them, including rarity “Moscovite Mosquito” and a suite of songs titled with women’s names (“Michelle,” “Emily,” “Louise,” “Jasmine and Rose”). One of the highlights came at the end of the first set when Xymox played “A Day,” sending the sold-out crowd into cheers of joy.

For the band’s final encore, Moorings paid homage to Dutch one-hit-wonder Shocking Blue with a take on the group’s smash single, “Venus.” Though this type of song may belie the group’s otherwise dour demeanor, Xymox’s version felt appropriate for the evening. Things got a bit more somber for the finale when Moorings honored the passing of David Bowie with a cover of “Heroes.” Though it seems unlikely, Bowie was a big influence on Goth bands. One of Bauhaus’ most popular songs is a cover of “Ziggy Stardust,” for example. Despite its own legacy, Clan of Xymox decided not to end the show with one of its own most beloved songs, ceding the stage to Bowie’s greatness. It was a classy decision and a satisfying way to leave the theater as the clock pushed close to 1am.